A man who invited his ex-wife to form a throuple with him and his new girlfriend five years after the breakdown of his marriage insists they are thriving – but admits he has to schedule separate alone time with each of them to prevent jealousy.

Motivational speaker Kevin Wesley, 39, from North Carolina met his ex-wife, artist Jamie Te’nee, 39, at the church they both attended as teenagers, and they dated for two years. They were just 20 years old when they tied the knot.

After 13 years of marriage, Kevin was unhappy with their relationship, as he and Jamie would disagree regularly about what constituted a successful and happy relationship. With Jamie’s blessing, they decided to go their separate ways. 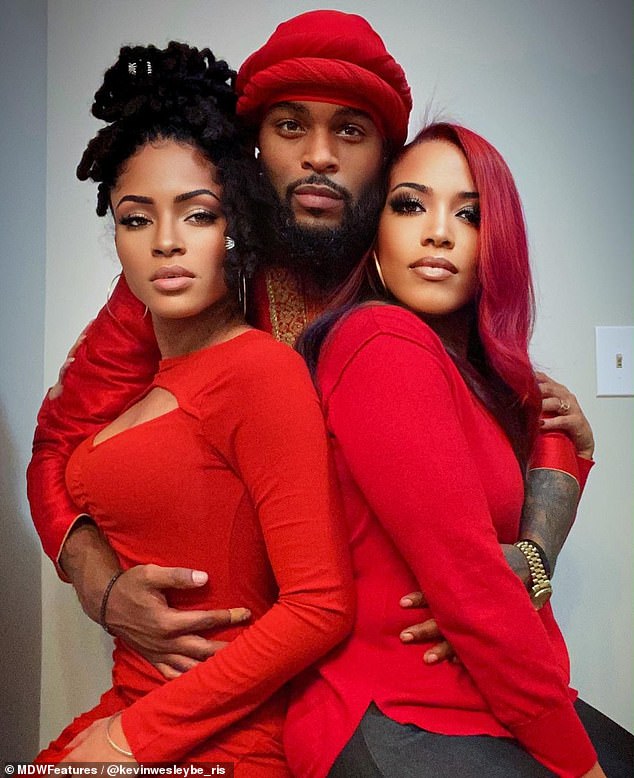 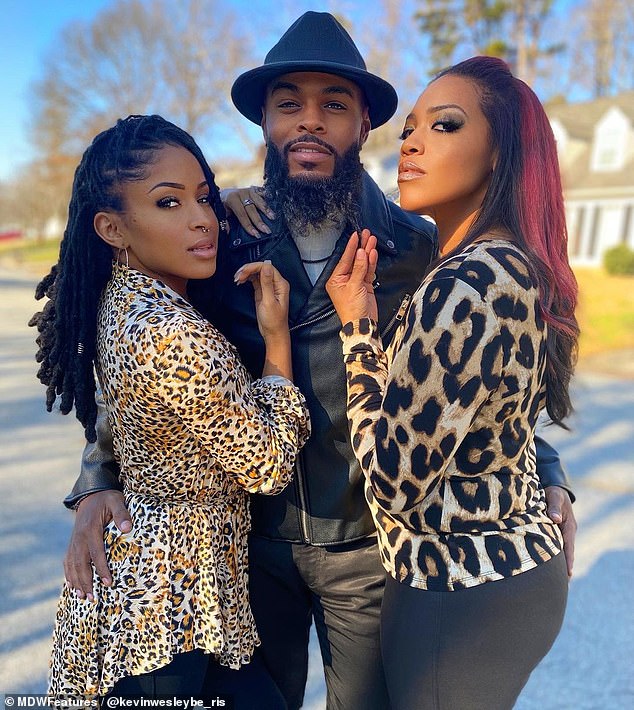 Look of love: The trio started their relationship in April 2020, five years after Kevin and Jamie, 39, ended their marriage

Kevin met fellow life coach and motivational speaker Lacee Le Beau, 39, in 2020, five years after he and Jamie split. He soon made it clear to Lacee that he was looking to create a throuple with her and his ex-wife.

When Lacee was previously approached to form a throuple, she declined the offer. However, she told Kevin that if she was going to be in a three-way relationship, she would only want it to be with him and Jamie.

Kevin told Jamie that he wanted to be in a throuple after their marriage ended, and she was keen to give this potential new relationship a chance.

He set up a date between Jamie and Lacee, allowing them to talk together alone. While both women are heterosexual, they immediately felt a strong platonic bond and knew that a throuple relationship with Kevin was something they both wanted. The trio began their relationship together in April 2020.

To prevent misunderstandings and jealousy, Jamie and Lacee have a set routine for when they spend time alone with Kevin. Jamie is with him every Monday and Tuesday while Lacee pursues her life coaching. 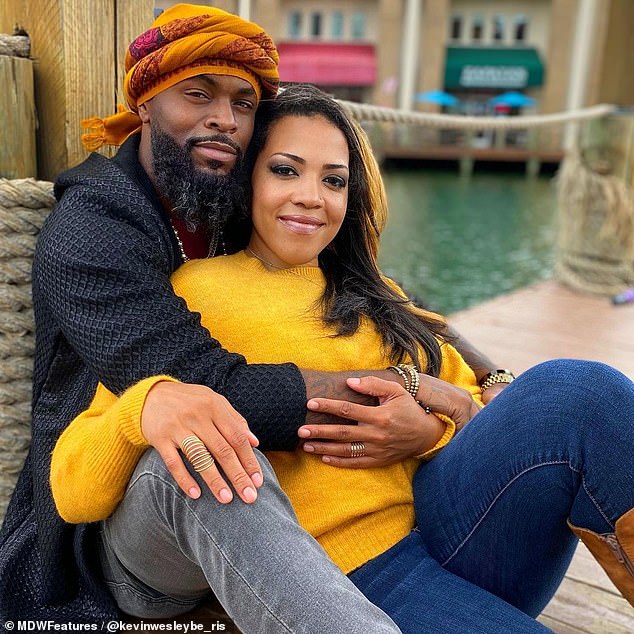 Looking back: Kevin and Jamie met at church when they were teenagers, and they were married by the time they were 20 years old 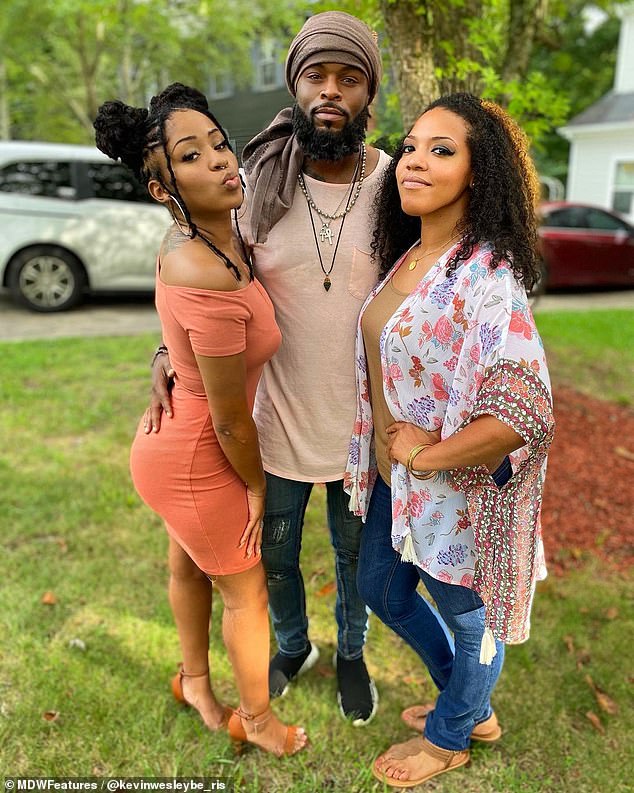 Hard to handle: After 13 years of marriage, Kevin was unhappy with his relationship with Jamie, and they split amicably 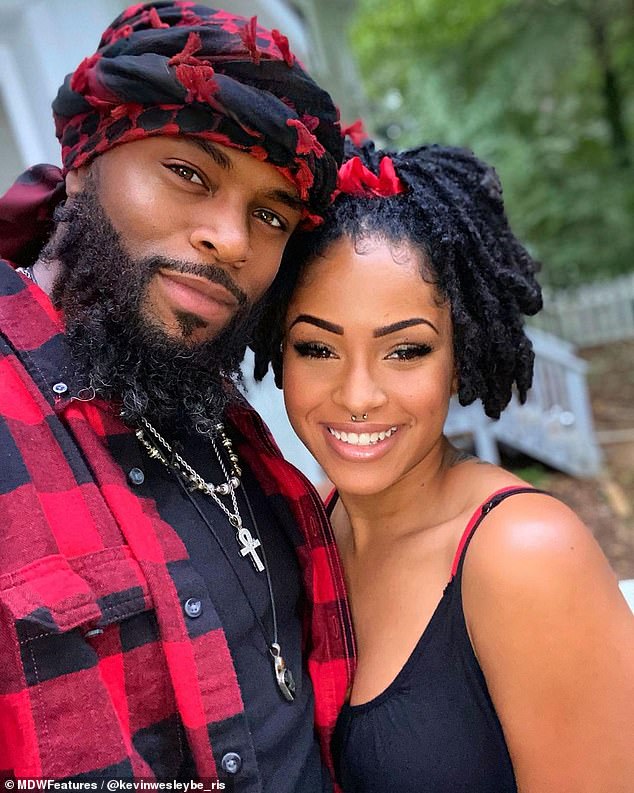 According to Kevin, this setup works well for them as it allows at least one member of the trio to always be working to provide for the family, while the other two can have quality alone time together, largely avoiding the potential for jealousy arising.

However, Kevin has to be careful to not hurt the feelings of his two ‘queens’ when they are all together. He refrains from showing either of them too much affection to avoid hurting their feelings.

When in public, the trio often has people point and stare at them, with some parents even covering their children’s eyes when they decide to hold hands.

Some members of the throuple’s families don’t approve of their relationship, but they believe that these negative reactions are more of a reflection of society and its unwillingness to accept polyamorous relationships as opposed to a problem with the love they share.

‘Me and Jamie met through our church aged 15 and started dating at about 18,’ Kevin said. ‘We were married by the time we were twenty and were then married for thirteen years.

‘But I was always telling her how unhappy I was and I think we had very different ideas of what an ideal marriage looked like.

‘I told Jamie that I wanted to bring an end to our relationship and she gave me her permission, so we parted ways. 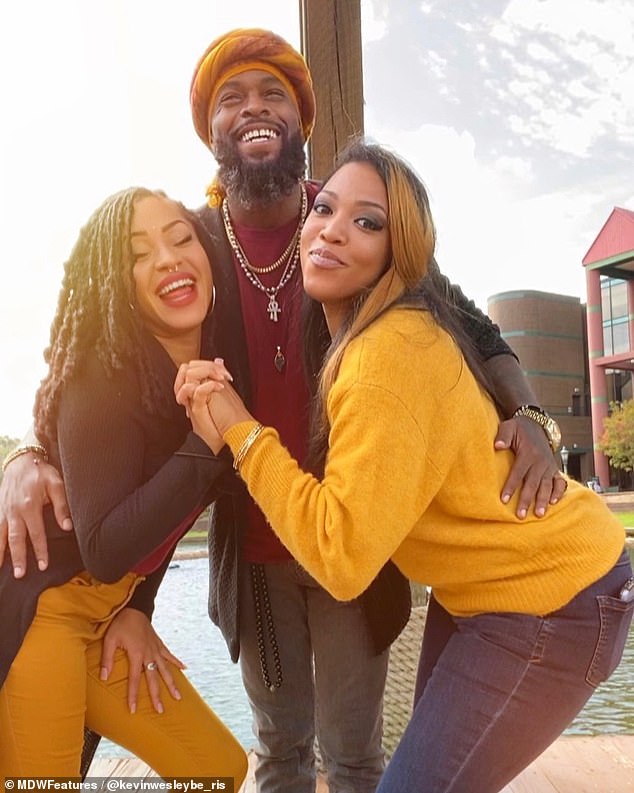 Exception: While Lacee had declined a previous offer to be in a throuple, she wanted to be in a relationship with Kevin and Jamie 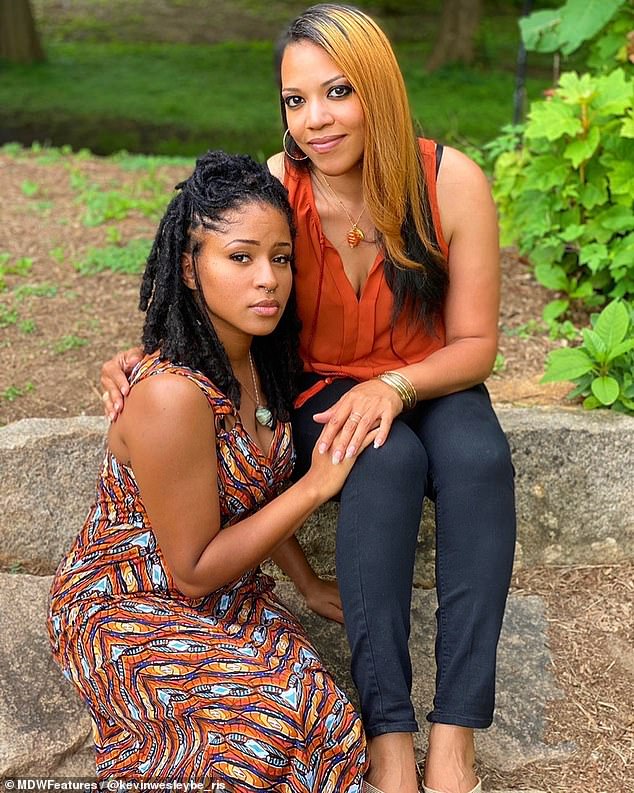 Getting to know each other: Jamie knew that Kevin wanted to be in a throuple, and he was the one who set up a date between her and Lacee, allowing them to talk together alone 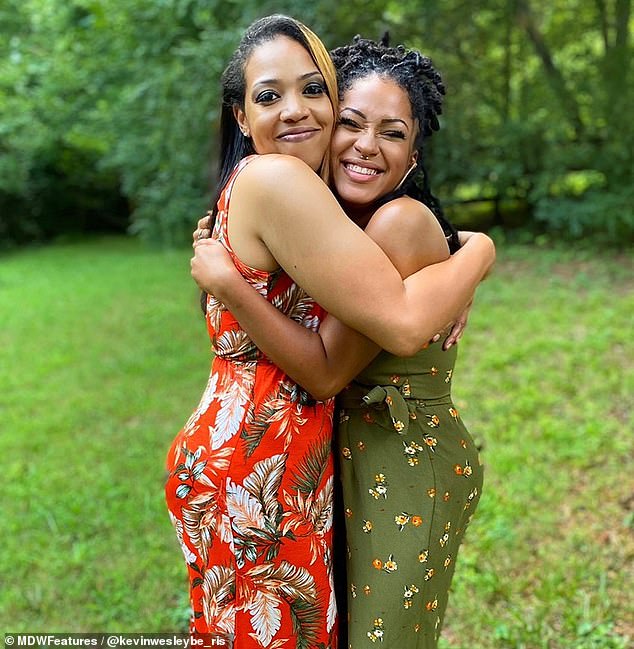 Desire: While both women are heterosexual, they immediately felt a strong platonic bond and knew that a throuple relationship with Kevin was something they both wanted 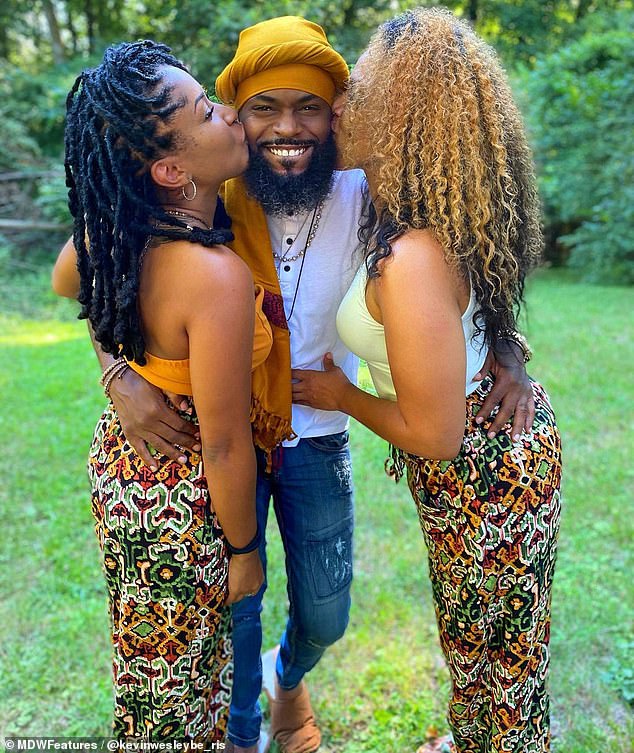 Equal attention: Jamie and Lacee have a set routine for when they spend time alone with Kevin to prevent jealousy

‘When Lacee and I met I was already talking to Jamie about a poly lifestyle because even back then I wanted to pursue this lifestyle and Jamie had been thinking the same for a while before.

‘Lacee told me that if she was going to be in a triad relationship she would only really want to do this with Jamie.

‘I had dated women after me and Jamie separated that were happy with the idea of being poly, but refused to do it with Jamie because in their mind, Jamie has history with me.

‘They thought that they would be coming in lacking power or feeling like they don’t have something Jamie does.

‘So it was amazing to have someone who was completely on the same page as me and wanted the same thing.

‘It felt like it was meant to be. They arranged to meet together without me because I didn’t want me being there to shape how they saw each other.

‘They are both heterosexual, so their relationship is purely platonic but they hit it off right away and it was magical. 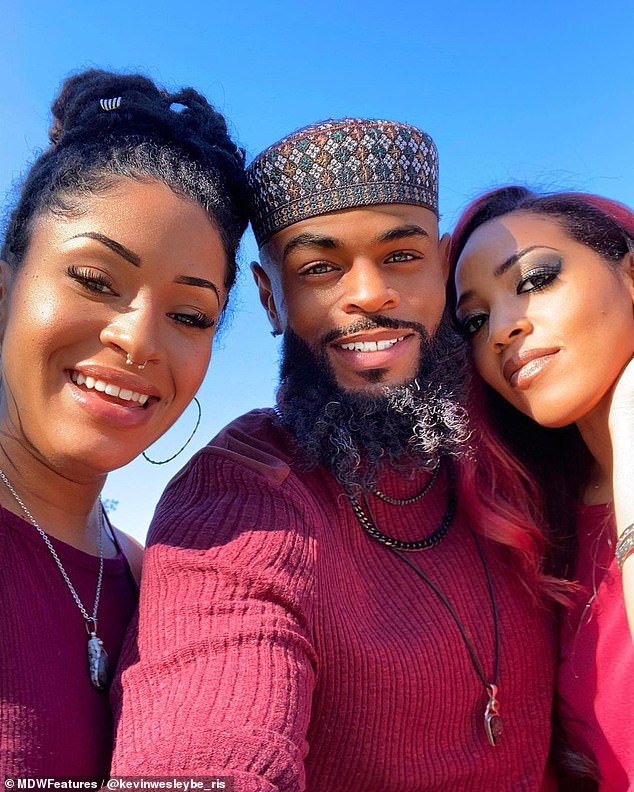 It works! Jamie is with Kevin every Monday and Tuesday while Lacee pursues her life coaching 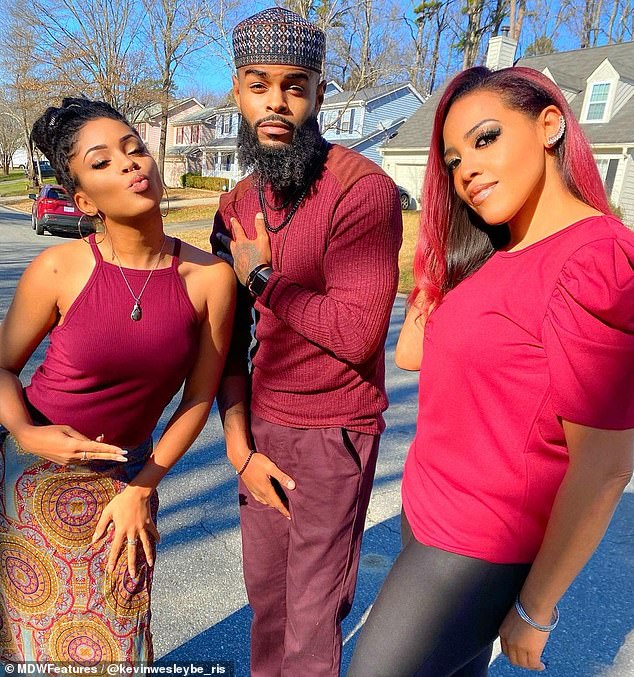 Happy: On Wednesday and Thursday, the setup is reversed, with Kevin and Lacee being alone on those two days 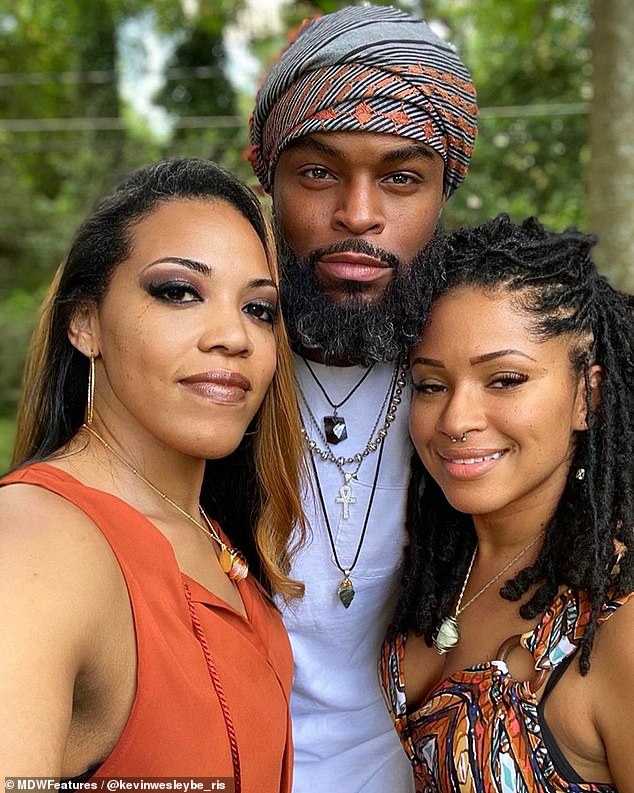 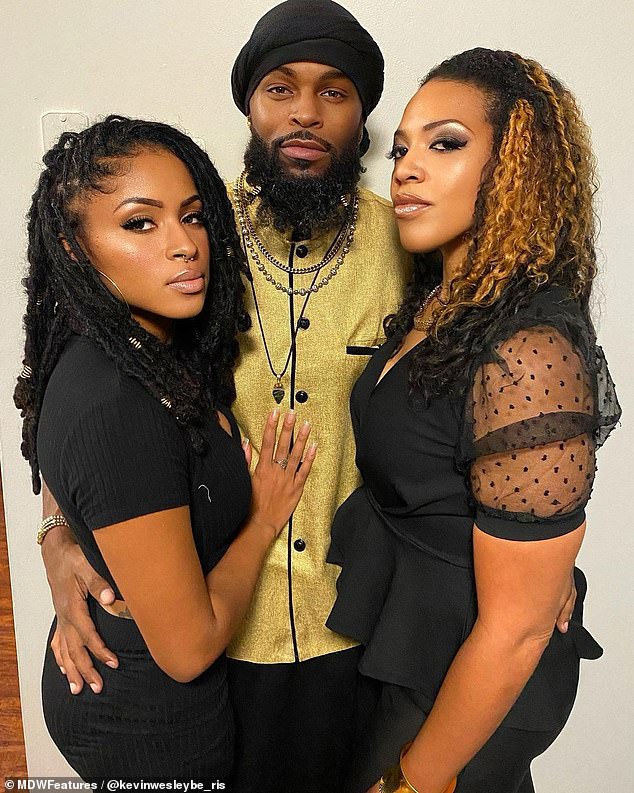 Group effort: Kevin said this setup works well for them as it allows at least one member of the trio to always be working to provide for the family 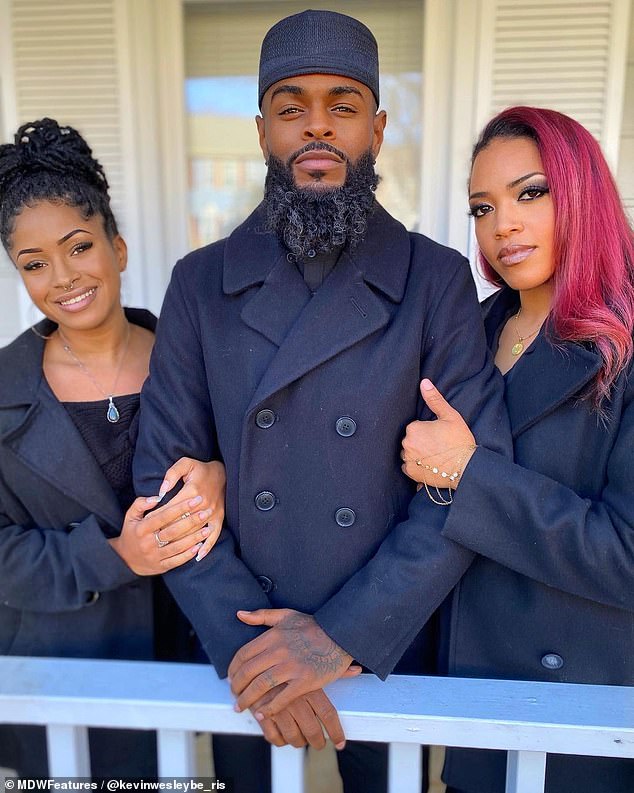 No favorites: Kevin said he is careful to not hurt the feelings of his two ‘queens’ when they are all together, explaining that he refrains from showing either of them too much affection

‘We all immediately knew that we wanted to work to make this thing happen.

‘We have found a system that works for us, in which myself and Jamie spend Monday and Tuesday together alone while Laccee works on manifesting her career as a motivational speaker and then on Wednesday and Thursday, me and Lacee are together while Jamie focuses on her business.

‘We all then spend the rest of the week together, but I have to work and travel at the weekend as a motivational speaker.

‘In this way we are always constantly providing for one another and building the lives we want to live, without having to rely on working for anybody else.

‘The responses we get from people when they see that we are in a poly relationship are mixed.

‘When we’re out, we’ll hold hands together but we don’t go too crazy as we do understand that some people might not think the same way as us or be so accepting.

‘We’ve had parents shield their kids’ eyes or whisper about us, but you just have to understand that people are viewing our relationship through a different lens.

‘Some of the nicest comments are from those who say we’ve given them strength to live their lives unapologetically even if they’re ridiculed. 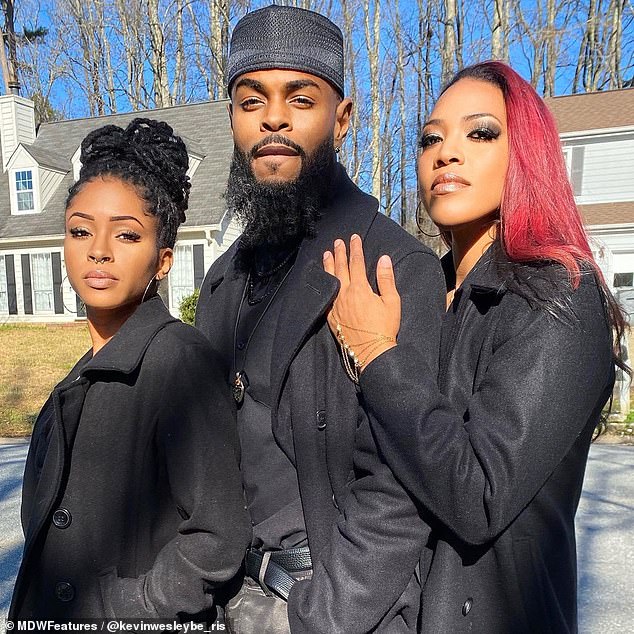 Uncomfortable: The throuple admitted that they sometimes have to deal with people pointing and staring at them when they are out in public together 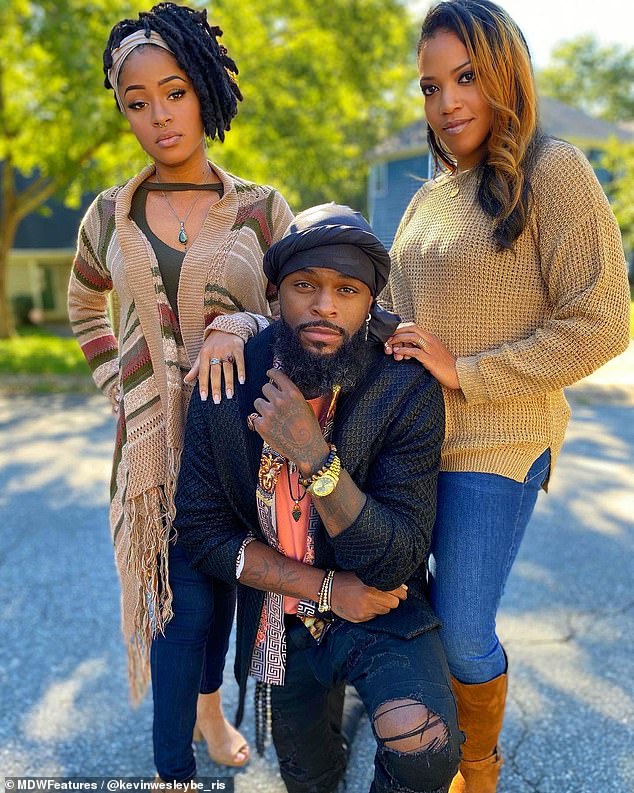 Opinons: ‘We’ve had parents shield their kids’ eyes or whisper about us, but you just have to understand that people are viewing our relationship through a different lens,’ Kevin said 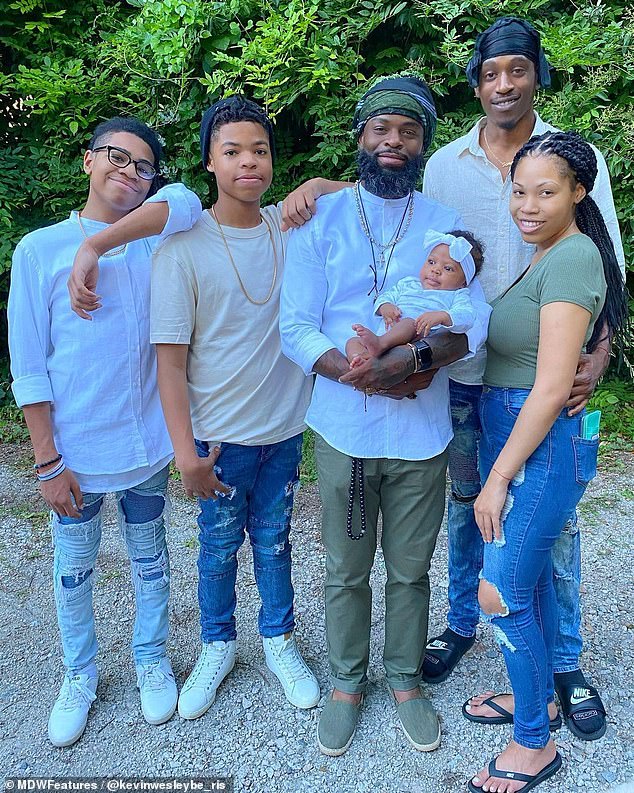 Family:  Kevin is pictured with his children and granddaughter 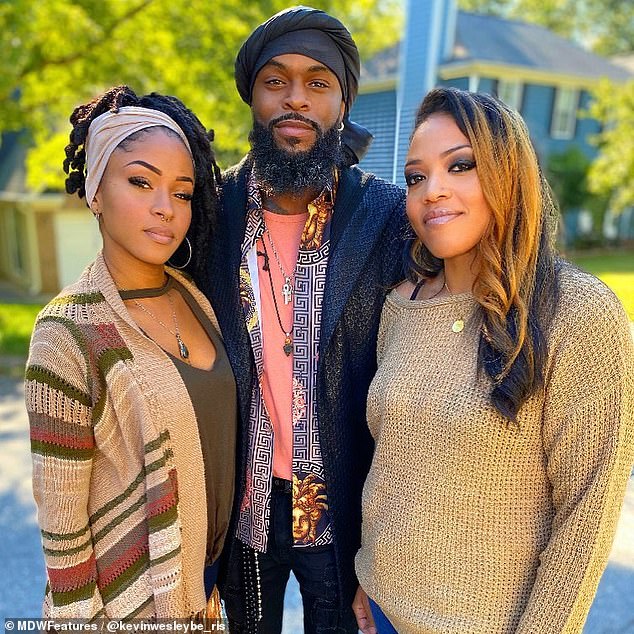 Difficult: Some members of the throuple’s families don’t approve of their relationship, but they believe that these negative reactions are more of a reflection of society

‘The worst are those that say I’m manipulating my queens into being with me which is so far from the truth.

‘Being in the presence of both Jamie and Lacee at the same time can be difficult at times.

‘I don’t want to show too much affection in case it causes jealousy, so I have become a friend to both of them when we’re all together.

‘I think it might just be teething problems and maybe we’ll grow out of that in the future.’

Kevin, Jamie, and Lacee understand that their relationship is atypical, but they are eager to show the world that the love of three committed partners is just as special as a traditional couple.

‘Because polygamy is illegal in the United States, people think it is wrong. But they’re viewing it through that specific lens,’ said Kevin.

‘In reality we are just three people who love each other and have chosen to forge our lives together.

‘We want to show people how to love and push past the preconceptions they might have about what love is.

‘We hope that by sharing our story, we can encourage people to be the change you want to be.’