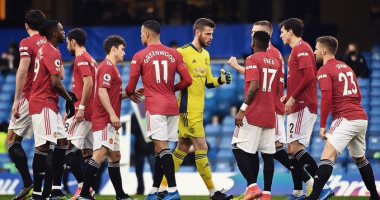 Manchester United will host Newcastle United at 4:00 pm today, Saturday, at Old Trafford, the stronghold of United, as part of the fourth round of the English Premier League for the 2021-2022 season.

Today, also in the fourth round of the English Premier League, 7 other matches will be held, as the Crystal Palace match and its guest Tottenham Hotspur will be held at 1:30 pm, and at 4 pm there will be confrontations: Arsenal vs Norwich City, Leicester City vs Manchester City, Southampton vs West Ham United , Watford hosts Wolverhampton, Brentford against Brighton, and at half past six in the evening, Chelsea hosts Aston Villa.

How to make fruit pancakes in 10 minutes..it won’t take much of your time

How does potassium help in losing weight?.. and what are its most important sources?

How does potassium help in losing weight?.. and what are its most important sources?