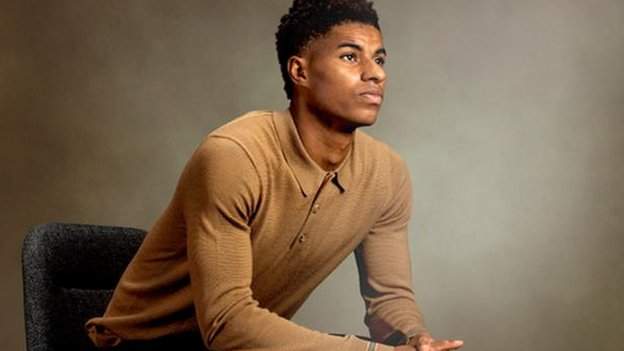 England and Manchester United forward Marcus Rashford will be given a special award at next month’s BBC Sports Personality show.

The BBC will also air a documentary on the 23-year-old’s efforts to raise awareness of child food poverty in the UK.

Rashford successfully campaigned for the government to extend free school meals during the coronavirus pandemic.

He will be honoured at the BBC awards on 20 December.

A shortlist for the main Sports Personality of the Year award will be announced closer to the show.

The show’s judging panel unanimously agreed that Rashford’s accomplishments off the pitch should be commended with a special award as the criteria for the main award shortlist is based around sporting achievements.

He will be presented with the Panel Special Award at this year’s event, which comes from Media City in Salford and will be shown live on BBC One.

Earlier this year, Rashford’s campaign resulted in about 1.3 million children in England being able to claim free school meal vouchers in the summer holidays.

Another policy change in November saw the government announce more than £400m to support poor children and their families in England, following further campaigning by Rashford.

The footballer has spoken of going without food as a child and the sacrifices his family had to make.

He became an MBE in the Queen’s Birthday Honours and has continued to lobby for further help for poorer families.

Rashford has also launched a book club to help children enjoy the escapism of reading.

“Marcus’ endeavour to give a voice to those who find themselves in a situation that he too is familiar with has been greatly admired and the panel wanted to ensure he was recognised for that,” said BBC director of sport Barbara Slater.

“In a year that has been challenging for everyone, but particularly vulnerable families, he has gone above and beyond to transcend his sport and make a real difference.

“This award is a tribute to a remarkable young man.”

The documentary, to be shown on BBC One on 21 December, will offer insight into Rashford’s decision making and motivations for his campaign.

It will demonstrate how this drive contributed to the announcement of relief measures from the government to help the households of more than 1.7 million children.

“Everyone will be familiar with the Marcus Rashford we see on the pitch, but this documentary will offer a deeper insight into the man himself,” said Clare Sillery, BBC head of commissioning for documentaries.

“Through our access, we hope viewers will get to see just how passionate and determined he is about tackling child food poverty in Britain today.”