A married British Army instructor sexually assaulted a female trainee officer while she played the piano, a court martial heard.

Staff Sergeant Dean Foster allegedly complimented the woman’s performance at The Royal Military Academy Sandhurst in Berkshire, told her she was ‘fit’ and that he ‘fancied her’ before walking up behind her and pressing his groin against her.

The married soldier, whose wife was pregnant at the time, then allegedly kissed the woman’s cheek, leaving her feeling ‘scared’ and ‘uncomfortable’ as she continued to play.

After the encounter, during which SSgt Foster poured the woman an illicit glass of wine, the officer cadet – who cannot be named for legal reasons – complained to commanders at the world famous academy, Bulford Military Court in Wiltshire heard.

But she was left ‘devastated’ after she was told the instructor would only be disciplined for drinking – not for making a sexual advance.

She then decided to report his behaviour to the military police and SSgt Foster was charged with sexual assault. He denies the charge of sexual assault. 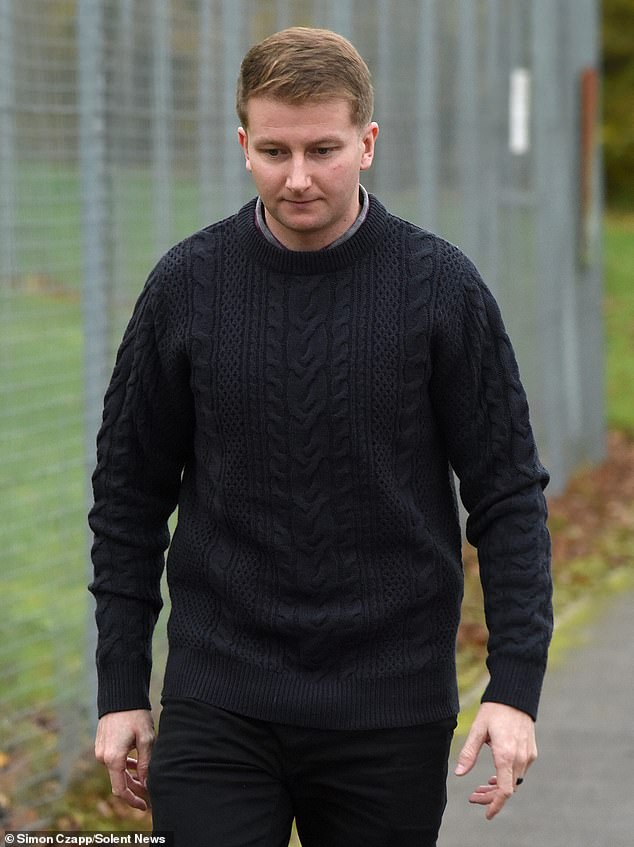 The court heard the woman was on her way to play the piano, as she often did, when she received a WhatsApp message from SSgt Foster asking to meet for what she thought would be a conversation about her welfare.

When she arrived at the ante room, where the piano was, she started to play when SSgt Foster entered the room and sat behind her on a sofa, the court was told.

He poured a glass of wine for her and set it down on the piano before she stopped playing and sat on a nearby sofa to have a conversation, during which the instructor allegedly became ‘unhappy’ and mentioned his pregnant wife.

It is against the rules for instructors at Sandhurst to drink with the officers in training, the court martial heard.

Prosecuting, Lieutenant Colonel Michael Culver, said: ‘After the conversation, she then went back to piano. He complimented her playing and also said “I really fancy you”. 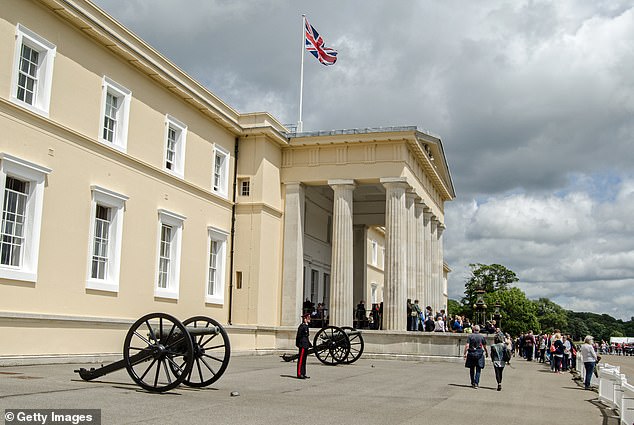 The married soldier, whose wife was pregnant at the time, allegedly kissed the woman’s cheek as she continued to play at The Royal Military Academy Sandhurst (pictured) in Berkshire

‘After pressing against her left hip, he kissed the left side of her face before moving away and sitting down.’

The woman told the court that she thought it was ‘completely inappropriate’ that SSgt Foster gave her wine and started to talk about his wife.

She said: ‘He seemed agitated and he said something about his wife being pregnant and he seemed unhappy.

‘I did not want him to tell me [about that] because with him being an instructor and me being a cadet, I found it to be a completely inappropriate conversation.’

‘I was not expecting [him to give me wine] because I did not know he was bringing it – I was not comfortable with it because it did not seem professional.’

She also told the court that SSgt Foster had made a ‘creepy’ comment to her about her younger sister, whose picture he had seen previously, being pretty.

She said: ‘She is younger than I am and I just thought it is really creepy and I did not like it at all. He also said I look fit.’

After their conversation, the officer cadet went back to play the piano which is when SSgt Foster came up behind her and allegedly sexually assaulted her.

She said: ‘He came up to the piano around the back to my right-hand side and then got really close and I could feel his groin pushed against my right hip.

‘I was still playing piano – I felt really uncomfortable and did not know what to do so I just ignored it and I carried on playing. I thought if I just ignore it, he will go away. 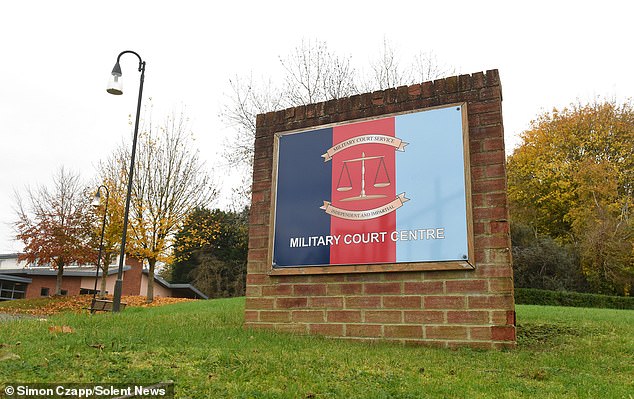 After the encounter, during which SSgt Foster poured the woman an illicit glass of wine, the officer cadet complained to commanders, Bulford Military Court (pictured) heard

‘Then he kissed me on the left side of my face and it lasted for a fair while.

The officer cadet told the court she originally did not complain to the Royal Military Police as she thought the issue was being dealt with internally at Sandhurst.

But she was left disappointed when she was told they were only going to discipline him for drinking alcohol, rather than for the alleged sexual assault.

She said: ‘I was pretty devastated and felt really let down [when I found out he was just being disciplined for drinking] and didn’t feel like I could trust the chain of command.’

SSgt Foster denies one charge of sexual assault and claims the woman made it up after he rejected an attempt by her to hug him and she became worried about getting in trouble for drinking with an instructor.

The Royal Military Academy Sandhurst is where British Army officers are trained, including Prince William and Harry, Duke of Sussex.

A British woman gives birth to identical triplets, a condition that occurs in 1 in every 200 million

Here’s why the Polkadot price has slumped during parachain auctions

Here’s why the Polkadot price has slumped during parachain auctions