A women’s soccer star has broken down in tears of joy after being proposed to her by her partner immediately after her last game before an early retirement to help him in his cancer battle.

Melbourne City’s Rhali Dobson was left stunned but overjoyed when partner Matt Stonham got down on one knee as emotional teammates and the crowd watched on.

Dobson had told City teammates on the eve of the match that she was going to retire to spend time with Matt, who is battling brain cancer.

Dobson, who had represented Australia at international level, scored a goal in a 2-1 win over Perth Glory in Thursday’s W-League match, but the best was yet to come. 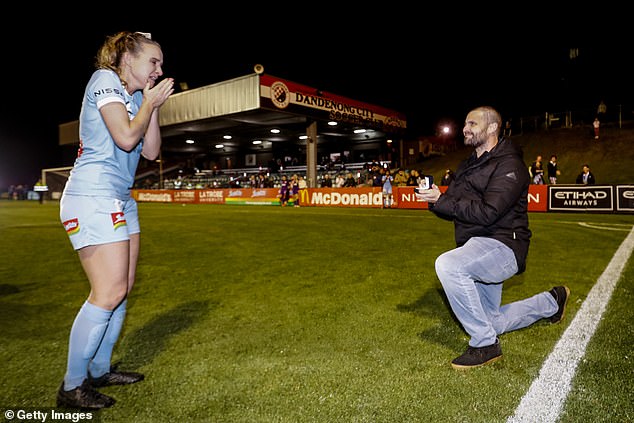 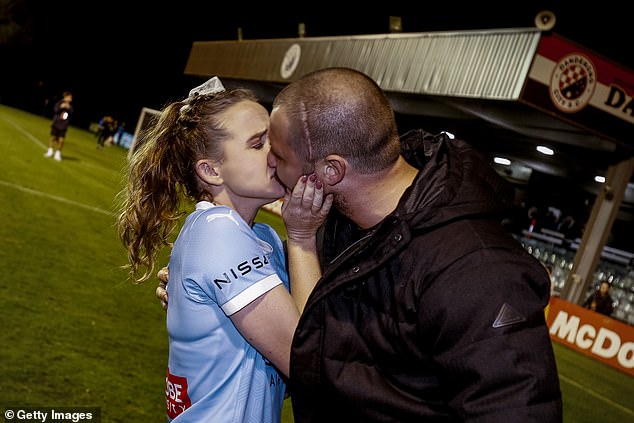 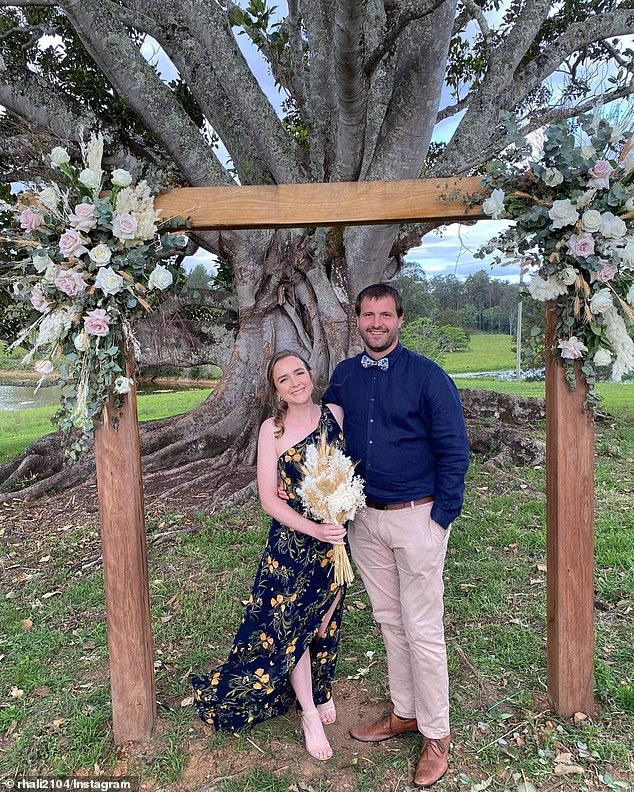 As the 28-year-old Dobson ran to celebrate with her family by the side of the pitch at the end of the game, it was pointed out to her that Stonham was there to see her.

The pair hugged and kissed, but as Dobson turned to her teammates he got down on his knee behind her and pulled out the ring.

She had proposed to him twice in recent weeks, only for him to laugh off the idea, but this time was serious, and she didn’t hesitate in saying yes.

‘This is bigger than the sport. He is my absolute world,’ said Dobson after accepting the proposal.

‘I’d kept things pretty quiet (with the team) because I wanted them to stay focused on making sure we had a strong finish to the end of the season.

‘They knew Matt had surgery and everything so they’ve been amazing in terms of messaging us both and making sure that we knew that they are here for us. They’ve been perfect.’

Stonham was diagnosed with cancer six years ago, after having a seizure while playing football. 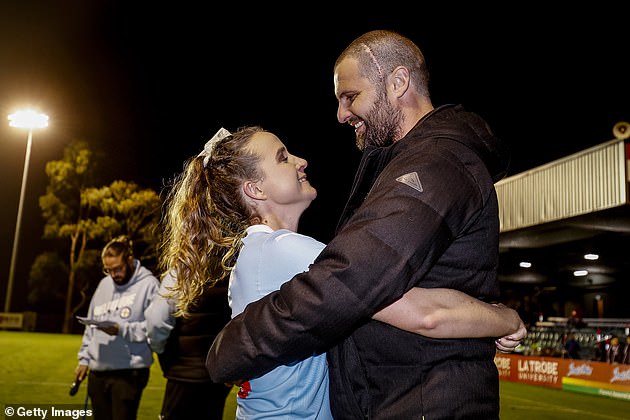 Dobson ran to celebrate with her family by the side of the pitch after scoring the opening goal against Glory, Stonham got down on one knee and proposed. 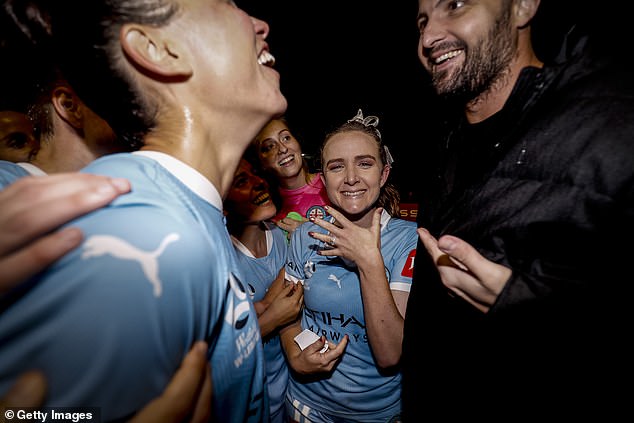 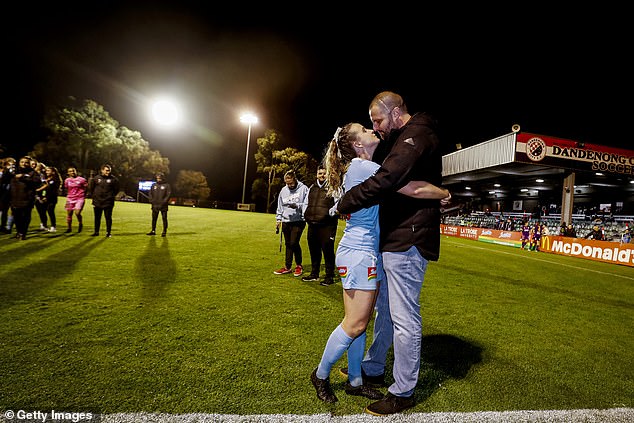 He had surgery for a second time earlier this month and will have aggressive radiotherapy, before 12 months of chemotherapy.

‘Five days after his brain surgery he kicked my backside back down here to Melbourne, told me that I had to finish out the season, that I’ve got unfinished business and it was still normal as always,’ Dobson had told ESPN earlier in the week.

‘Then we got the news two days after I got back down here to Melbourne that the part that they took out – which they got all of, which is fantastic – had transitioned to a grade three brain tumour.

‘We’ve caught things exceptionally early, he’s on the very positive end of the scale because of his age.’ 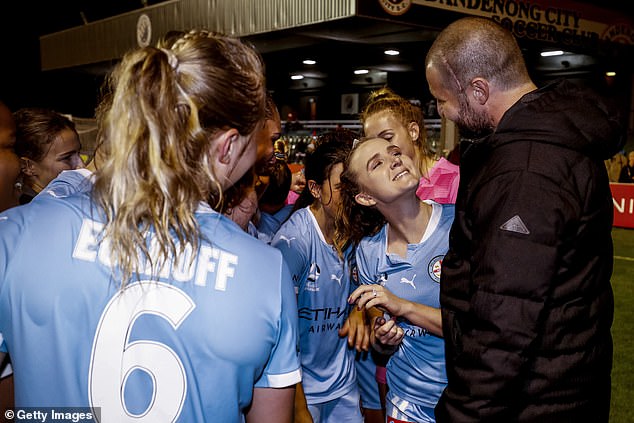 Stonham (pictured far right) will have aggressive radiotherapy, before 12 months of chemotherapy for his cancer treatment 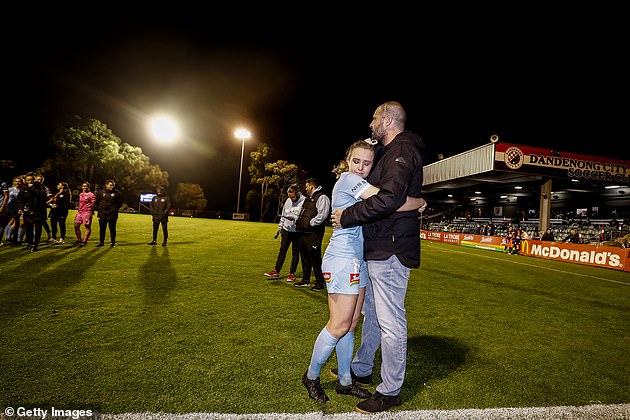 Russia ... the innovation of an electronic nose that detects diseases