Messi, Mbappe and Neymar at the top of Paris Saint-Germain’s squad for the Club Brugge match

The list witnessed the presence of the attacking trio of Paris Saint-Germain, Lionel Messi, Neymar and Kylian Mbappe.

And the Argentinean Angel Di Maria was absent from the list, due to a three-match ban, after he was expelled in the last matches of the tournament last season against Manchester City.. 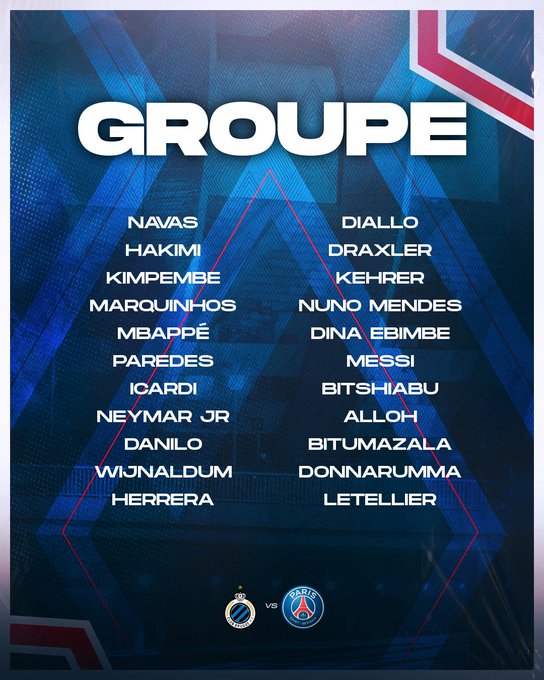 The list of Paris Saint-Germain for the match against Club Brugge in the Champions League is as follows: