A new study revealed that overeating is not the main cause of obesity, and scientists have shown that low-quality food, especially processed carbohydrates, is the real cause of weight gain, according to the network.sky news“American.

This research paper explaining the causes of obesity was published in the American Journal of Clinical Nutrition, where scientists linked obesity to the consumption of low-quality foods and processed carbohydrates.

Lead author Dr. David Ludwig, an endocrinologist at Boston Children’s Hospital and a professor at Harvard Medical School, said: “During an adolescent growth spurt, for example, teens may increase their food intake by 1,000 calories a day but does overeating cause A growth spurt, or does a growth spurt make the teen feel hungry and overeat?”

Scientists have blamed the obesity epidemic on “modern dietary patterns characterized by the excessive consumption of foods high in blood sugar: in particular, highly digestible processed carbohydrates.” These foods cause hormonal responses that radically alter our metabolism and burn fat, leading to to fat storage, weight gain, and obesity.”

Scientists explained that when we eat heavily processed carbohydrates, the body increases insulin secretion and suppresses glucagon secretion, which in turn sends signals to fat cells to store more calories, leaving fewer calories to fuel muscle and other active tissues.

They continued, “The brain perceives that the body is not getting enough energy, which in turn leads to feelings of hunger. In addition, the metabolism may slow down in the body’s attempt to conserve fuel. Thus, we tend to remain hungry, so that we continue to gain excess fat.”

The scientists suggested that instead of getting people to eat less, a strategy that doesn’t work in the long term, another path could be taken that focuses more on what we eat. 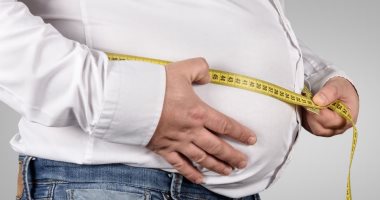 According to Dr. Ludwig, “Reducing consumption of fast-digesting carbohydrates that flooded the food supply during the era of the low-fat diet reduces the primary drive to store body fat, and “as a result, people may lose weight with less hunger and less suffering.”

Obesity affects more than 40% of American adults, according to the US Centers for Disease Control and Prevention, and 28% of adults in England, according to the Health England Survey 2019. This puts a large proportion of people at greater risk of heart disease, stroke and diabetes than Type II and certain types of cancer. 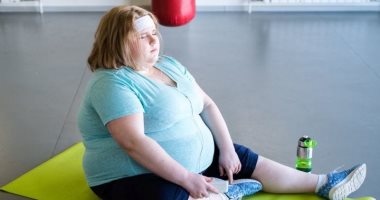 Messi, Mbappe and Neymar at the top of Paris Saint-Germain’s squad for the Club Brugge match

The Met Gala party returns with a stunning fashion show to New York after a year's absence due to Corona..photos