Angry Michigan parents are demanding the state drop requirements for children to wear face masks in the classroom, despite a surge in coronavirus cases.

Dozens of mothers and fathers from Hudsonville near Grand Rapids, attempted to barge their way into a school meeting to insist mask were no long compulsory on school grounds.

More than 50 parents, most of whom were not wearing masks showed up to the  Hudsonville Board of Education meeting in the hope of explaining their position to board members. 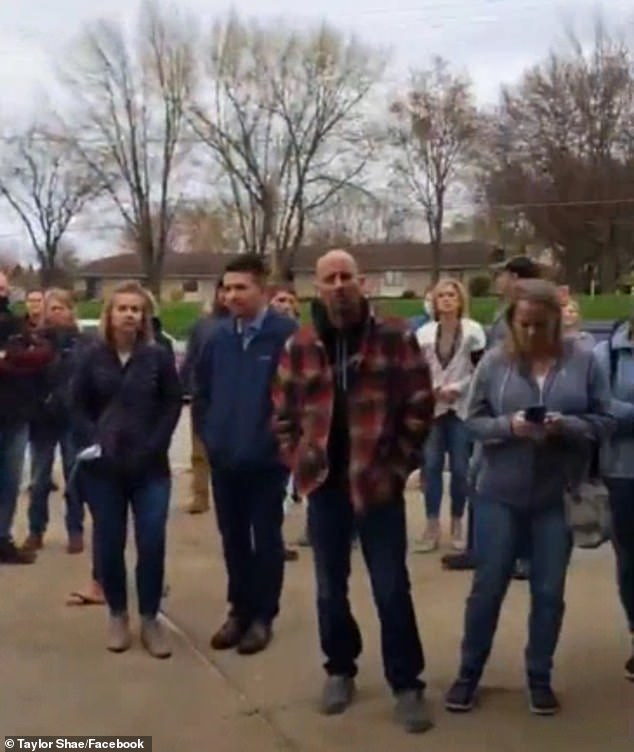 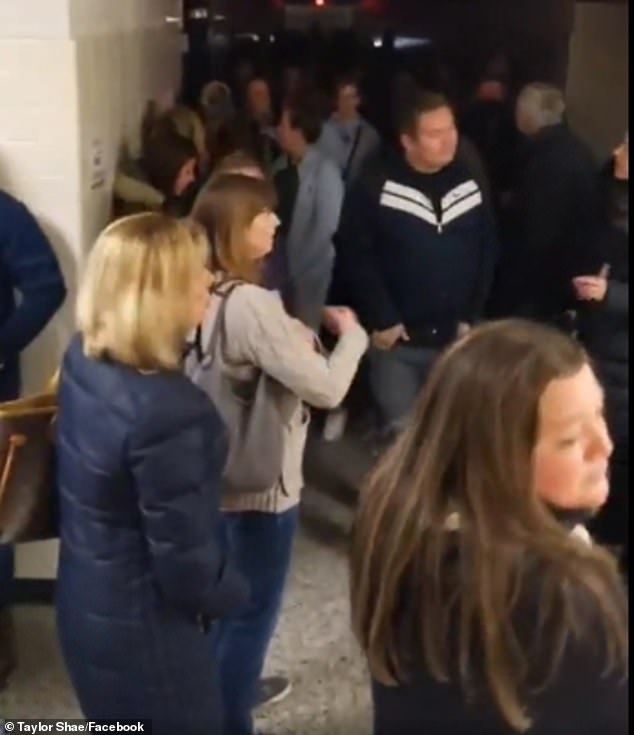 The parents demanded face mask rules for kids be scrapped

But anger boiled over after not all of those attending were able to get inside the meeting room due to capacity restrictions which only allow 80 people inside.

School District Superintendent Doug VanderJagt has said the district will continue to follow guidelines from the Michigan Department of Health and Human Services and require masks to be worn.

‘If we knew there was going to be 400 people that wanted to get in here, we’d have just had the meeting online,’ he said to MLive. ‘We didn’t know how many to expect, otherwise we could have had a bigger venue and gone outside or virtual. 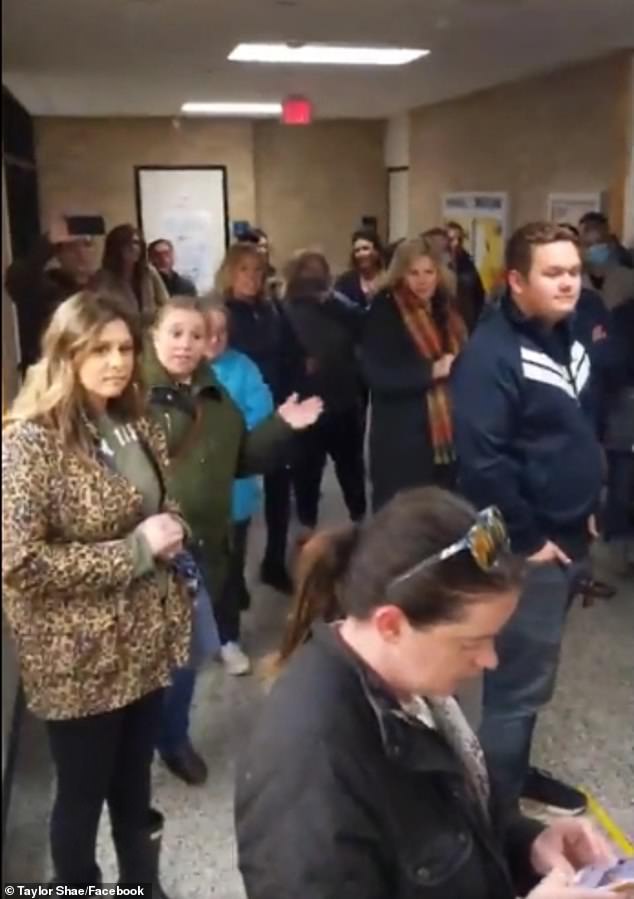 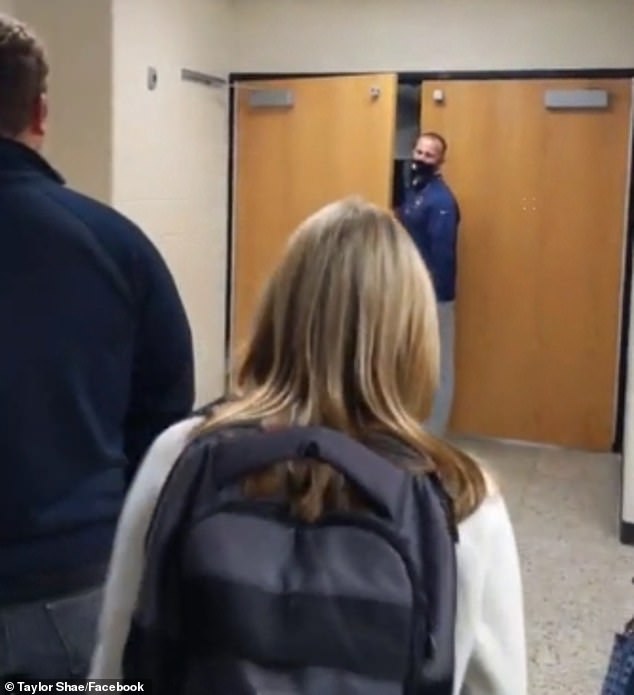 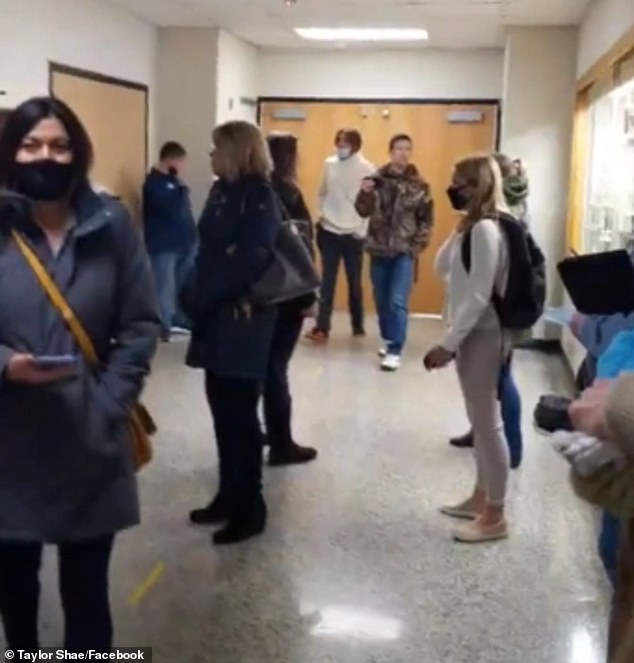 Parents were eventually asked by security to leave the school premises

After the doors were sealed and locked, parents decided to bang on the outside of the auditorium in order to be let in shouting ‘let us in’ until school security guards broke up the crowd.

One mother-of-five said she had ‘deep concerns’ about schools requiring masks be worn at school which she believes is ‘physically not healthy.’

‘I think that’s a decision that a parent should be able to make given the harmful side effects that might occur because of it. There is not really any scientific evidence to back up the effectiveness of masks for transmitting a virus,’ Jeanette Schuiteman said.

‘The fact that there’s no parents keeping an eye on teachers and what’s going on, there’s so much potential for wrong things to happen,’ she said. 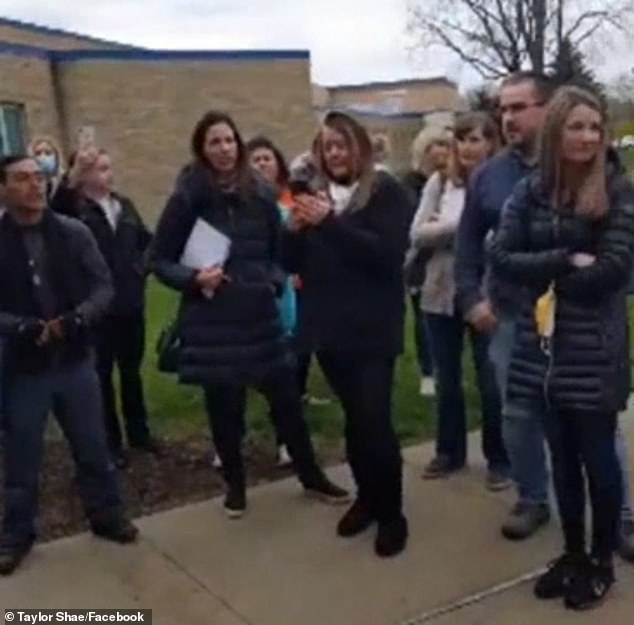 Schuiteman who has a boy in the 11th grade spoke of her frustration after her son began failing once remote learning became the norm.

After trying to schedule an in-person meeting with her son’s teacher to discuss his progress, she was told that such a rendez-vous would not be allowed with parents not being allowed into school buildings.

Disney Wish: Everything we know about Disney's newest cruise ship, set to sail in 2022