A mother who left her 18-year old son starve to death, leaving him looking like a Nazi death camp victim, in a family home packed with food, has been freed after less than two years behind bars.

Jordan Burling, 18, resembled the ‘victim of a Second World War death camp’ due to malnutrition when he died in bed in Leeds in 2016.

His mother Dawn Cranston, 45, was jailed for manslaughter for four years after a hearing at Leeds Crown Court in July 2018. 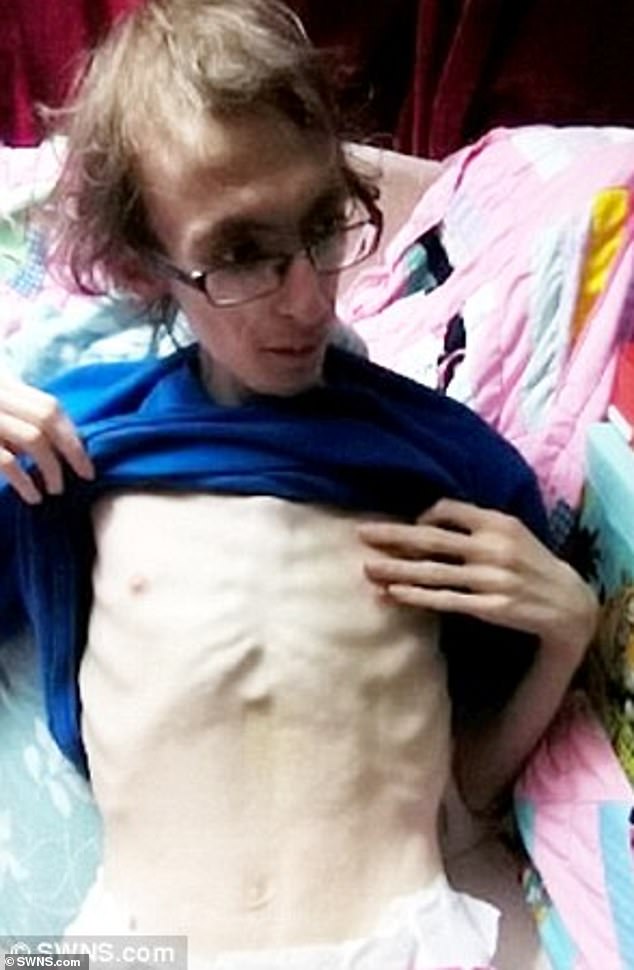 Jordan died from acute bronchopneumonia inside the house of horrors which was cluttered – but full of food, a judge had said at the time.

When he was finally found, he was covered in bed sores, was wearing a soiled nappy and was weighing just 6st (38kg).

The teenager was so weak and emaciated he did not respond to treatment by paramedics.

Despite his suffering a judge said the family was not on the breadline and in fact there were three fridges stacked with food in the home. 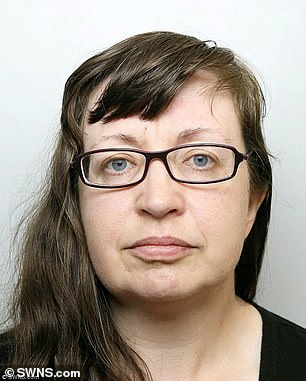 His mother Dawn Cranston, 45, was jailed for manslaughter for four years

But now his mother has been released after serving less than two years in prison, the Sun reports.

A source said:’It’s sickening that after what she was found guilty of she is now back walking the streets.

‘She’s not shown an ounce of remorse over what happened or for how Jordan ended up dying.’

Along with his mother, his grandmother Denise Cranston, 70, was also jailed for three years as well as his 25-year-old sister Abigail Burling  for 18 months as she was found guilty of causing or allowing the death of a vulnerable person.

Judge Mr Justice Spencer had told the three women it was ‘almost beyond belief’ that Mr Burling ‘should have been allowed to die in his own house, here in Leeds, in 2016, in the bosom of his family’.

He likened images of the teen to photographs of Nazi death camp victims.

The judge had said: ‘It is important to emphasise that this was not a deprived household in material terms, nor were any of you inadequate to the point that you were unable to live a reasonably normal life outside the home. 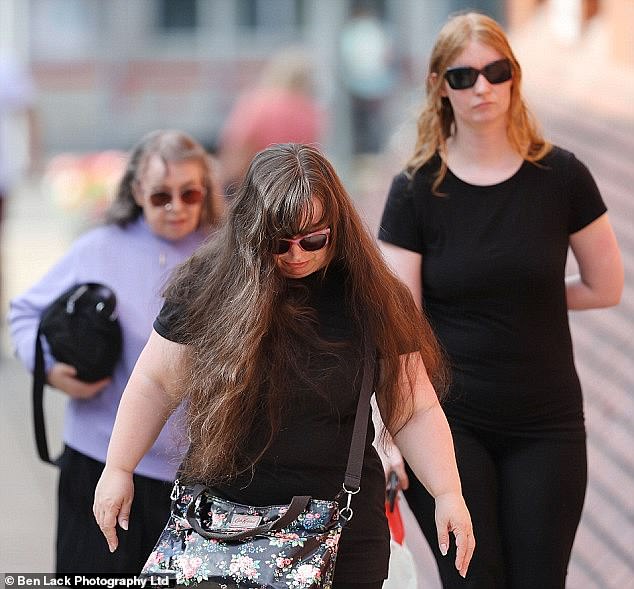 Mother Dawn (centre) and grandmother Denise (left) were found guilty of Jordan Burling’s manslaughter at Leeds Crown Court while his sister Abigail Burling (right), was found guilty of an alternative charge of causing or allowing the death of a vulnerable person

‘Although the house was full of clutter you all had mobile phones, laptop or tablet computers and great deal of other equipment.

‘The house was well-stocked with food. There were three refrigerators or freezers.

‘Through your gross negligence, a precious human life was lost needlessly.’

During a search of the house police also found remains of a dead baby kept in a rucksack for 14 years.

In a statement read outside court, the family of his father, Steven, said he was not aware of the dead baby until police told him about it.

In the past, Jordan’s father said he had urged his mother to take him to the doctors. He also claimed he was banned from seeing his son.

The court had heard how Dawn Cranston suffers from mental health issues and had struggled with her own father’s suicide. Her own childhood was described as ‘dysfunctional’ in court. 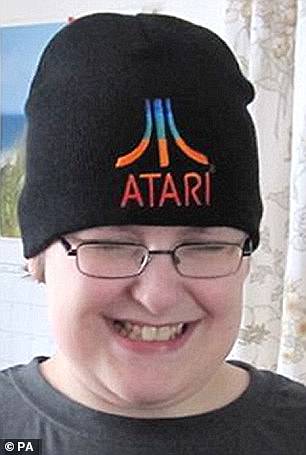 During the five-week trial, prosecutor Nicholas Lumley QC had described the extent of the neglect that the two relatives showed towards the teenager, telling jurors: ‘Jordan had been allowed to decay, to rot to death, by those closest to him, over a period of, at least, several weeks.’

Paramedic Bridget Shepherd, who rushed to his aid, claimed the dying man looked ‘very, very pale and very emaciated’ when she first attempted to treat him on June 30 2016, the day of his death.

She added that his bone structure was clearly visible and that his mother had claimed that he ‘had not been eating for a few weeks’.

A series of witnesses claimed that the 18-year-old’s mother ‘did not seem bothered’ as medics attempted to revive him with CPR, whilst Denise Cranston supposedly remained seated in a nearby armchair.

Dawn Cranston was even heard telling a 999 operator shortly before Mr Burling’s death that his unresponsive state was a ‘blessing’ as it meant she would not have to go work that day.

Police Constable Ben McNamara, who arrived at the home of Dawn and Denise Cranston just hours after the teenager’s death, claimed that the first thing the deceased’s mother asked him was how much the funeral would cost.

Referencing the comment, he said: ‘I was surprised by everyone’s lack of emotion. It is a strange thing to say after he had just died.’

Giving evidence in the trial, Mr Burling’s mother claimed that he suddenly started to lose weight in April 2016 but refused to go to the doctors after previously being turned away for arriving ‘a minute late’. 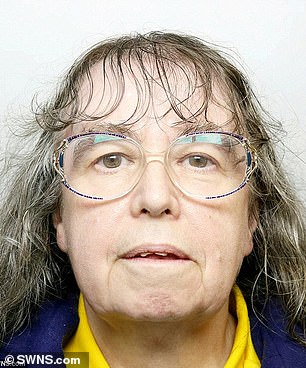 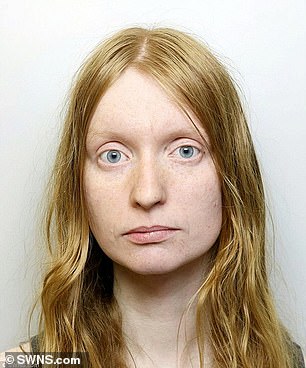 Jordan’s grandmother Denise Cranston, 70, (pictured left) was also jailed for three years as well as his 25-year-old sister Abigail Burling (pictured right) for 18 months as she was found guilty of causing or allowing the death of a vulnerable person

Crying throughout her account of the months immediately preceding his passing, she claimed that the teenager ‘suddenly got to the point where he would not move out of the chair or anything like that’.

She added: ‘He did not think he would die. I did not want him to die.’

Following the verdicts Gerry Wareham, from the Crown Prosecution Service (CPS) Yorkshire and Humberside, said Mr Burling’s death was ‘one of the most shocking cases’ they have ever dealt with.

He added: ‘These women had a duty of care towards Jordan. However, the CPS showed the court that instead they allowed him to rot to death in his own home.

‘Words cannot begin to convey the extent of Jordan’s terrible suffering at the hands of the very people he should have been able to trust the most. 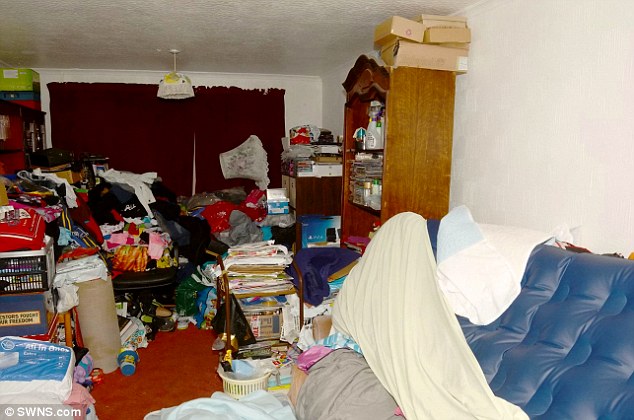 The cluttered home where Jordan Burling was found dead. A judge has said there was plenty of food in the home where the boy died

‘Those responsible for that suffering have been found guilty of causing his death.’

A primary school report stated there was a ‘general neglect of Jordan’s basic needs’, and he was lacking toilet training, had black teeth and had few language skills.

He was removed from school by his mother just a few terms into secondary school at the age of 12.

During the four-week trial, Mr Lumley said: ‘He never attended school or college again, never took any examinations or achieved any qualifications.

‘From the time Jordan was taken out of school, he became increasingly anonymous. Education and social services played little part in his life.’

France will witness the warmest year in its history in 2020