Car owner makes $24,000 from his second-hand vehicle after people were ‘pleading to buy it’ – and he’s not the only one cashing in

Buyers are willing to pay a $24,000 premium for a used Toyota LandCruiser, even though an all-new model is coming next year.

Australians banned from travelling overseas for a holiday are flocking to large 4WDs so they can explore dirt road tracks and get to remote beaches and mountain ranges.

The LandCruiser is sizzling on the used car market with prices surging by 18 per cent for a four-year-old model since the start of the Covid pandemic early last year, Datium Insights data showed. 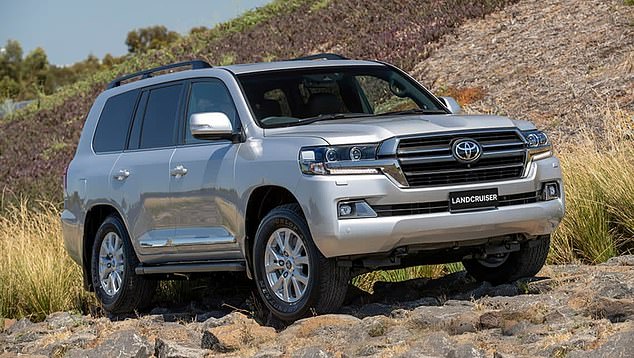 Buyers are willing to pay a $24,000 premium for a used Toyota LandCruiser (pictured) even though an all-new model is coming next year

Dennis Johnson bought the brand new, top of the line Toyota LandCruiser for $136,000, but sold it shortly after driving it out of the dealership for $160,000.

‘The phone went silly with inquiries… I’ve had people nearly crying on the phone with me, pleading to buy it.

Another motorist, who did not wish to be named, said he bought two LandCruisers from different dealerships before putting one up for sale well over the original asking price.

Rev heads are also buying V8 LandCruisers amid speculation the next 300 Series model due out in 2022 will instead have a turbo V6.

Ross Booth, the managing director of vehicle valuation website Redbook.com.au, said the surge in demand for used LandCruisers defied the usual trend of buyers shunning a late model until a new model arrived.

‘Normally cars go down in price… at the moment some cars are going up in price – some of them substantially,’ he said.

‘The LandCruiser is a really good example of that.’ 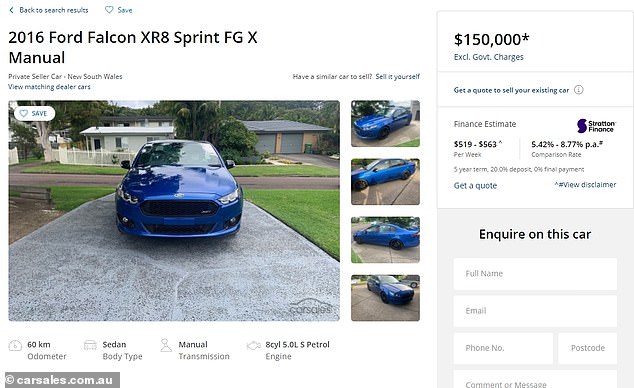 Toyota’s RAV4 Hybrid and GR Yaris continue to be popular.

Likewise, the Australian-built Holden Commodore SS and Ford Falcon XR8 are now raking in about $150,000 – more than double the price in 2017 when Australia stopped making cars locally.

The coronavirus crisis has also had a major effect, slowing down production which has added to an increase in demand. 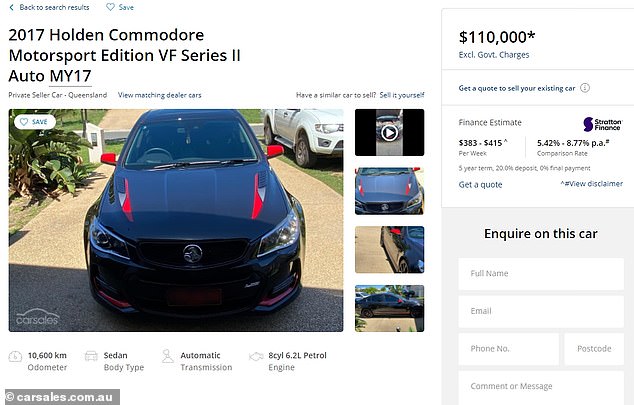 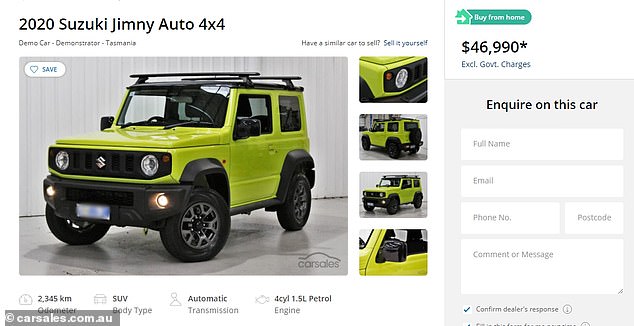 But the main factor is a global shortage in semiconductor microchips needed to make modern vehicles.

Taiwan is the world’s largest producer of the technology but has struggled to manufacture enough to keep up with global demand.

Computer chip manufacturing requires a significant amount of water and Taiwan has recently been locked in ‘critical’ drought – the worst in over 50 years.

The shortfall has caused long waiting times for new-car buyers and led motorists to seek out used models.