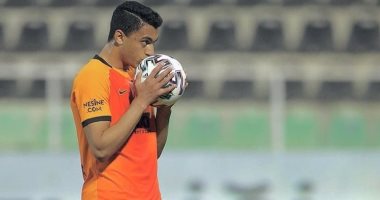 The Trabzon and Galatasaray teams, in which Egyptian international Mustafa Mohamed plays, tied 2/2 in the match that took place between them on Sunday evening at Şenol Gunes Stadium in the fourth round of the Turkish Premier League.

The match witnessed the participation of Mustafa Mohamed as a substitute in the 75th minute of the match and the meeting, where the Egyptian star was able to provide a good return during the meeting.

The Egyptian international, Mostafa Mohamed, was on the bench, as coach Fateh Tarim kept him in anticipation of the need for him during the match periods.

Trabzon shares the top spot in the Turkish league with 10 points, and is the only team in the local competition that succeeded in winning the first 3 matches in the competition, and a draw against Galatasaray, equally with Besiktas.

Meanwhile, Galatasaray occupies the fifth place in the Turkish league table with 8 points collected from 4 matches, winning two matches and drawing in the same.

Tips for the elderly to face the fourth wave of Corona.. Watch symptoms and exercise

Real against Celta Vigo .. Benzema tied for the king in the 24th minute, "Video"