Jarryd Hayne’s sexual assault victim has broken her silence with a gutwrenching poem, saying she is ‘not the same person’ since her ordeal.

The woman, who cannot be named, revealed in a Facebook post how the attack in September 2018 and the two criminal trials that followed affected her.

She said surviving the last two years – and the two court trials – was like getting through a ‘storm’. 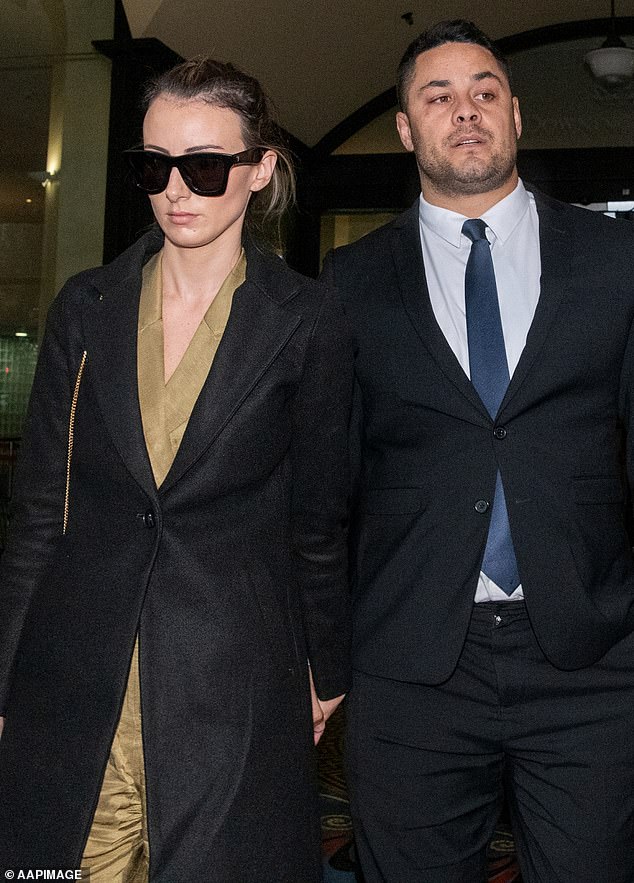 ‘And once the storm is over, you won’t remember how you made it through, how you managed to survive,’ she posted.

‘You won’t even be sure, whether the storm is really over.

‘But one thing is certain. When you come out of the storm, you won’t be the same person who walked in. That’s what this storm’s all about.’

The words are taken from Japanese author Haruki Murakami’s famous 2002 novel Kafka on the Shore. 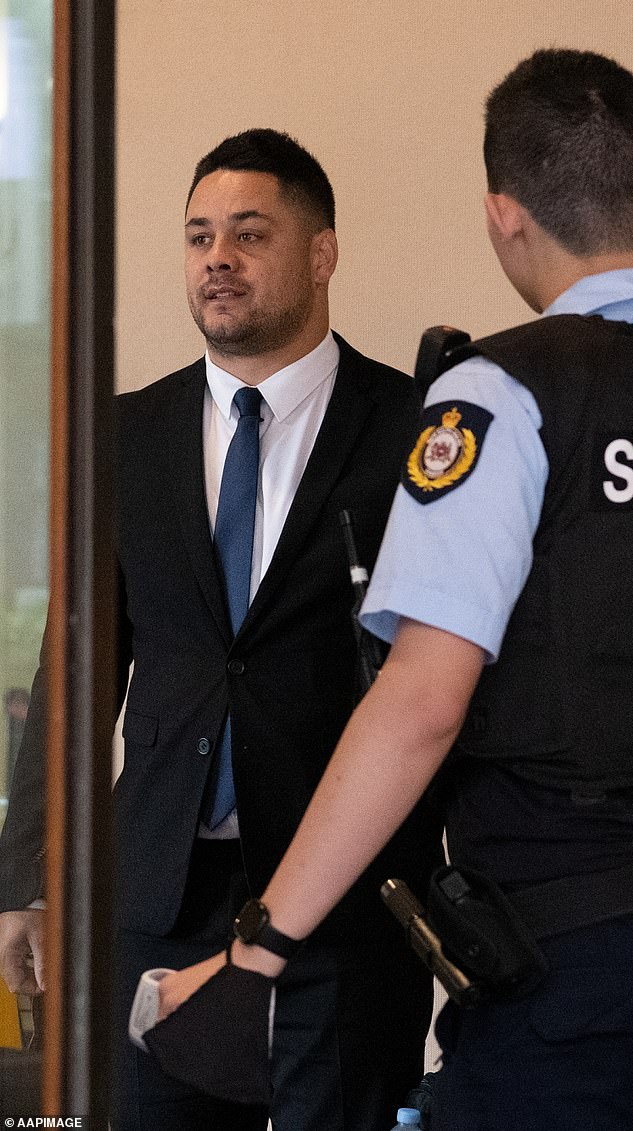 Hayne told a Sydney jury the woman was ‘filthy’ upon learning he had a taxi running out the front. Crown Prosecutor Brian Costello said he had ‘one thing on his mind and one thing only’ while he was at the Newcastle woman’s house

Through two trials, Hayne denied having sexual intercourse with the 26-year-old woman at her home on the outskirts of Newcastle, NSW, in 2018.

In recorded evidence, the superstar footballer, 33, told the seven men and five women of the jury: ‘She said she didn’t want to have sex. We didn’t have sex.’

But the 33-year-old footy superstar did admit to performing other sexual acts upon the victim other than penile-vaginal intercourse – acts that could be seen as ‘sex’.

That was how the woman involved saw it, the court heard, and she said so in writing to Hayne.

‘I know I’ve talked about sex and stuff so much but I didn’t want to do that after knowing the taxi was waiting for you,’ she told Hayne in a text after the incident.

The court heard the incident occurred after Hayne jumped in a cab in Newcastle, where he had been on a bucks’ weekend, on Sunday, September 30, 2018. 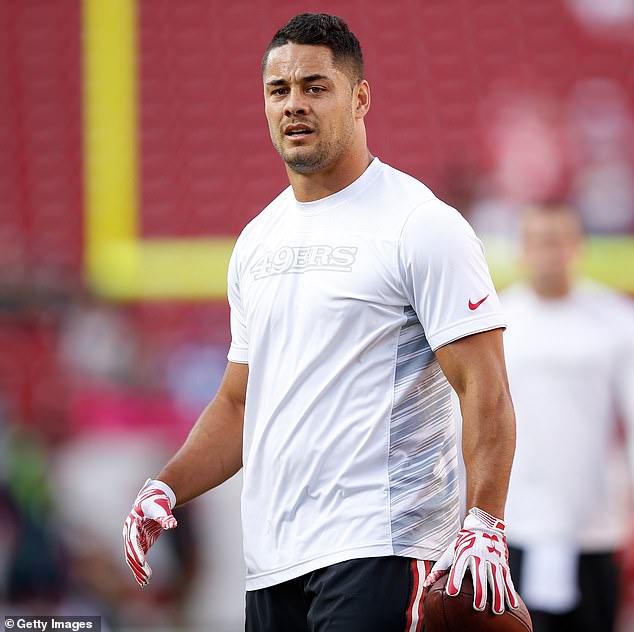 The former State of Origin footballer paid the driver $550 for the trip home but said he had to ‘grab a bag’ from the woman’s house first.

The woman had exchanged flirty messages with Hayne Instagram previously, describing him as ‘absolutely gorgeous’.

The cab driver waited as Hayne entered the woman’s home, where he entered her bedroom and played an Ed Sheeran cover of Oasis’s Wonderwall.

She said she didn’t want to have sex. We didn’t have sex.

But when the woman realised the taxi was out the front, she was ‘filthy’, Hayne said.

The court heard that the woman decided there was ‘no way’ she would have sex with him, the jury heard.

But Hayne told the court he still wanted to ‘please her and that was it’. The pair then had oral and digital sex.

Hayne claimed it was consensual, adding that she was ‘fine’ and ‘breathing heavily’ through the process. But while Hayne claimed ‘we didn’t have sex’, the woman’s messages read in court suggested she saw things differently.

She complained that she was in pain – having allegedly suffered cuts to her vagina that left her bleeding.

And she insisted that she hadn’t wanted sex, not after learning of the cab outside.  All he said in reply was ‘go doctor tomorrow’, the court heard. 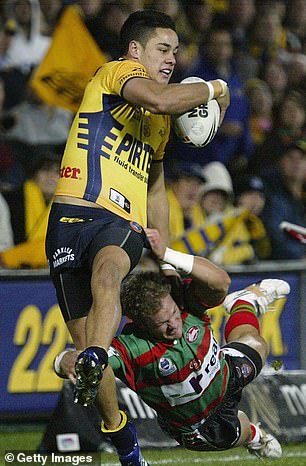 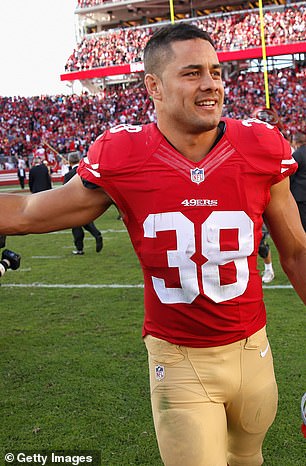 Sporting success: On left, a young Jarryd Hayne – then known as the ‘Hayne Plane’ – charges toward the try line for the Parramatta Eels. On right, with the San Francisco 49ers during his brief stint as an American football player 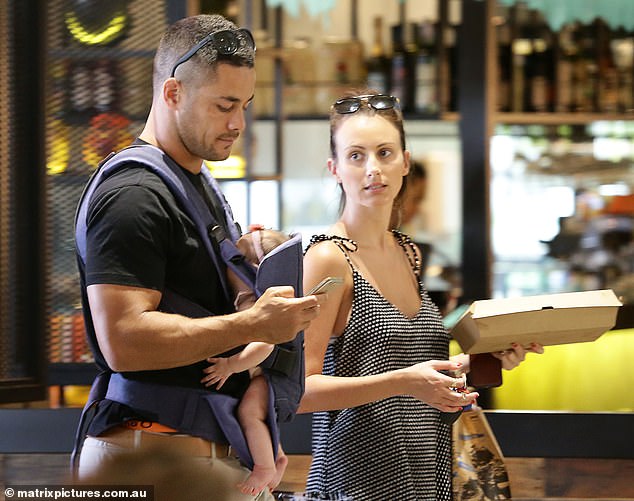 Hayne is a father of two children – a four-year-old and a one-year-old. Above with wife Amelia Bonnici 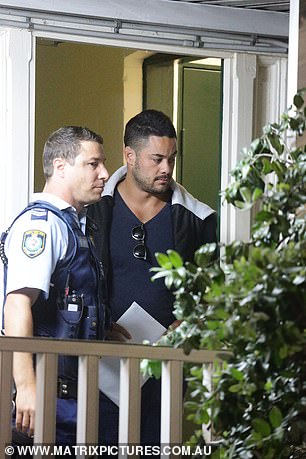 Hayne, above, reporting to a police station for bail in 2018

After three days of deliberations, Hayne was found guilty on Monday of two counts of sexual intercourse without consent with the woman.

His new wife and mother of his two children, Amelia Bonnici, watched as the jury returned their verdict.

Hayne will be granted bail after surrendering a $50,000 additional surety.

But during the weeks head he will be under virtual house arrest at home on the Central Coast until he is sentenced on May 6.

Outside court, Hayne said: ”I’d rather go to jail knowing I spoke the truth rather than be a free man living a lie.’

Demi Lovato pursued contact with her perpetrators after her assaults. It's more common than people think.

Foxconn reports a 12% decline in its full-year net profit