A recent addition to Gladys Berejiklian’s corporate wardrobe has become a much-loved favourite due to a special connection.

The texualised single-breasted jacket which retails for $279.95 online is fittingly named ‘Gladys’.

The Premier’s office has confirmed Ms Berejiklian owns the ‘Gladys’ jacket from MARCS but was unable to say if she chose the outfit because of its name, the Daily Telegraph reported. 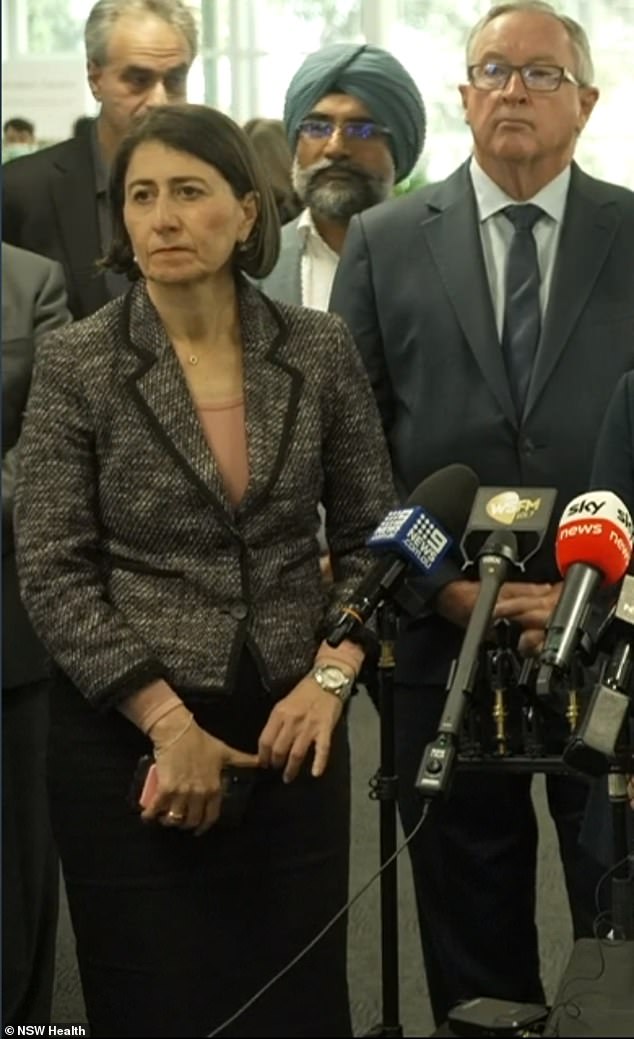 A spokesman told the publication Ms Berejiklian owns a number of MARCS outfits and added that the jacket style is similar to other blazers the Premier often wears.

Daily Mail Australia has contacted the Premier’s office and MARCS for comment.

Ms Berejikian wore a similar-styled blazer three days later May 29 at the 62nd Federal Council of the Liberal Party of Australia and wore the same jacket to a press conference at Westmead Hospital in Sydney’s west nine days earlier on May 20.

The online price of the black MARCS jacket in sizes ranging 6-14 has been slashed by a more than a third on the designer’s website and can be yours for $179.

The jacket is also available in-store at department stores Myer and David Jones. 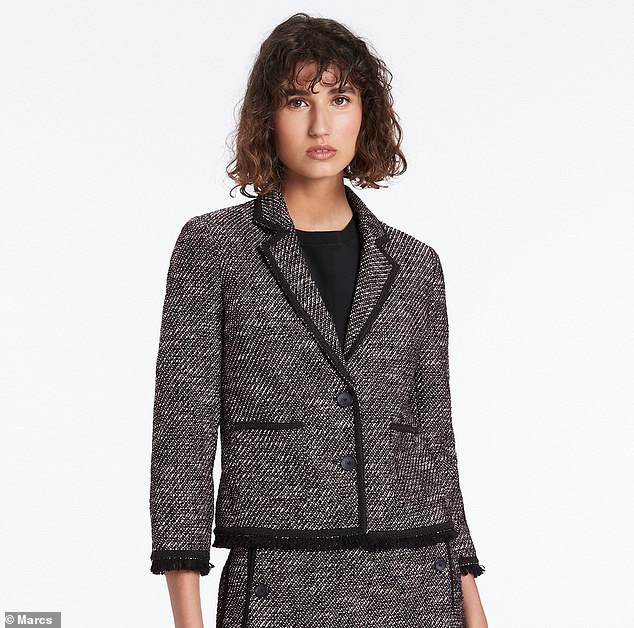 The MARCS Gladys jacket (pictured) purchased by the NSW Premier retails for $279.95 online

‘Fastening at the front in a single-breasted style, this softly tailored blazer creates a cropped silhouette with three-quarter length sleeves,’ the jacket description on the designer’s website states.

‘Fully lined, the blazer is made from a European boucle fabric in black, pink and ivory, with contrast black lace edging on the lapel, cuff, hemline and front patch pockets, accentuated with fringe detailing.

MARCS sells a number of other Gladys pieces, including a skirt and textured dress. 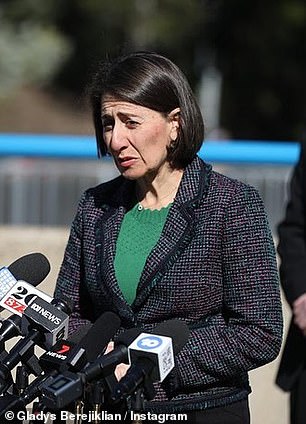 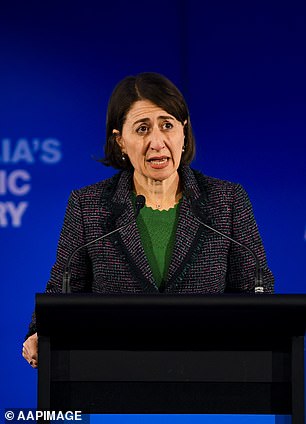 The MARCS jacket is very similar to another blazer Gladys Berejiklians wears frequently, pictured on May 20 (left) and May 29 (right)