New Zealand parliament has been rocked by the shock cancer diagnosis of a cabinet minister.

Labour MP and conservation and emergency management minister Kiri Allan opened up about her stage three cervical cancer diagnosis and the warning signs she missed during last year’s election campaign in a heartbreaking statement.

She will take medical leave and step down from politics to focus on her cancer battle with the support of close colleague and ‘gutted’ New Zealand Prime Minister Jacinda Ardern.

Ms Allan, 37, confirmed the harrowing news on Tuesday in a Facebook post as she shared a photo receiving treatment in hospital while hugging her young daughter. 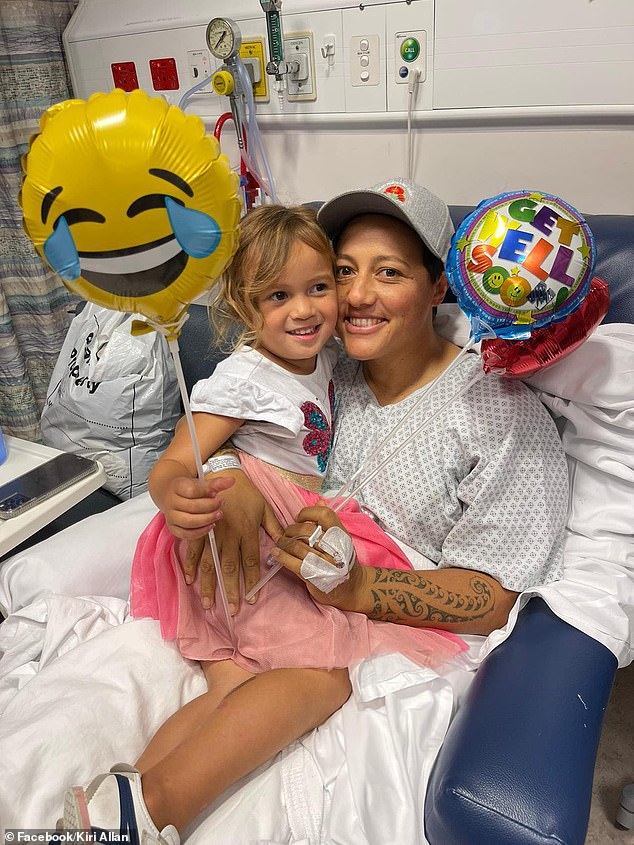 New Zealand cabinet minister Kiri Allan has opened up about the fight for life ahead of her after being diagnosed with stage three cervical cancer. She’s pictured in hospital with daughter Hiwaiterangi

‘I’m one of those gals that hates anything to do with “down there”. And have taken a “see no evil, hear no evil” type approach to that part of my body.’

Ms Allan admitted she first noticed pain in her back, stomach and legs during last year’s gruelling election campaign but put it down to long hours and the stress of campaigning.

By January, the pain was so bad she was unable to sit for extended periods.

By the end of the month, Ms Allan had began menstruating non-stop but still put off seeing a GP for another six weeks before she was by a doctor friend to get it checked out urgently.

An ultrasound found a three centimetre growth originally thought to be benign before hospital tests the next day on March 4 revealed a six centimetre tumour.

Ms Allan then bravely and privately put the worrying scan aside to address the nation on earthquake and tsunami warnings happening at the time. 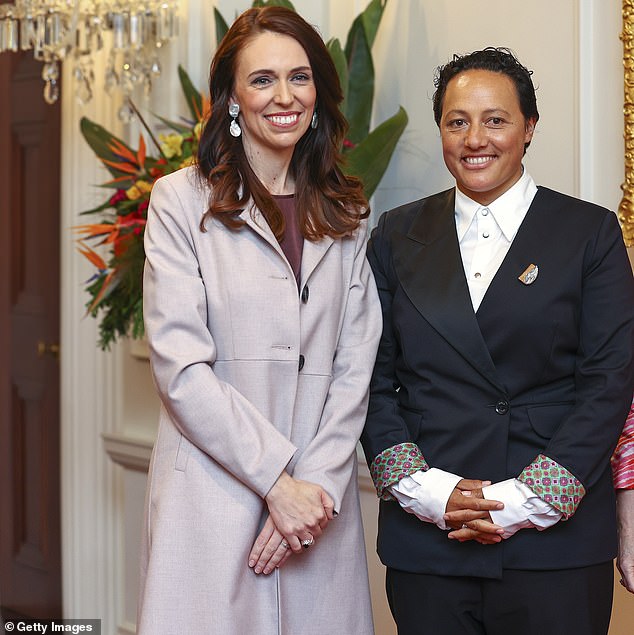 She later had a colposcopy and found out the news of her shattering while alighting from a flight.

‘The “C word” hits you like a jolt I had never experienced. I gripped the wall in the airport,’ Ms Allan recalled.

‘In the car, I called my dad first. Mum was listening in on speaker phone. And I lost it. In the car. On the way to the event.’

‘Since then, it’s been a whirlwind of MRIs, CT PET scans, and preparing for chemo and radiotherapy, and any other therapy I’ll need.’

Ms Allan ended the post by thanking Ms Ardern and her colleagues for their support in recent weeks and paid tribute to the gynecological and oncology teams at Wellington Hospital Women’s Clinic.

‘Everyone along the journey this far has been simply incredible. I’ve never really had much engagement and always been a little scared of hospitals. They have communicated incredibly well, been clear, shown compassion, and made themselves available.

She also had an important message to all Kiwis for all women to have regular cervical smear tests and look out for the early warning signs she failed to address.

‘I’ve told a few folks by now, and often the question is, “is there anything I can do?”. My answer now is yes. Please, please, please – encourage your sisters, your mothers, your daughters, your friends – please #SmearYourMea- it may save your life – and we need you right here,’ Ms Allan pleaded. 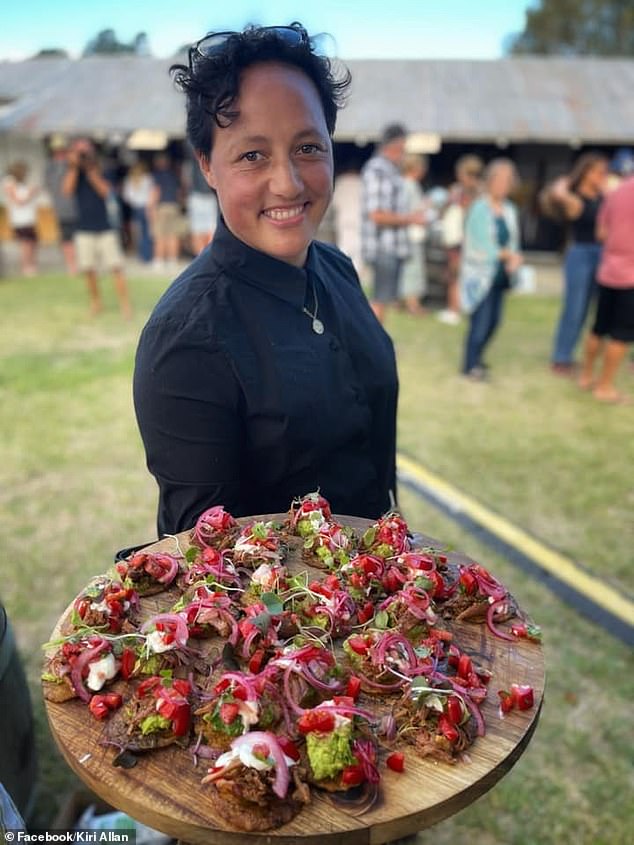 Ms Allan has been inundated with message of support from both sides of parliament since her health battle became public this week.

‘It’s fair to say, as a friend and a colleague, I’ve been gutted by the news – the whole team has,’ Ms Ardern told reporters on Tuesday.

‘But we’re also so heartened by the character, the person that Kiri is.’

Kris Faafoi will be acting emergency management while Ayesha Verrall will look after the conservation portfolio in Ms Allan’s absence.

‘It must be an incredibly traumatic time for her and the fact that she had to deal with the Civil Defence issue while she knew this was all happening really does speak volumes about her dedication and courage,’ Ms Collins said.

Ms Allan first entered politics in 2017 and was promoted to the ministry by Ms Ardern after last year’s landslide election win. 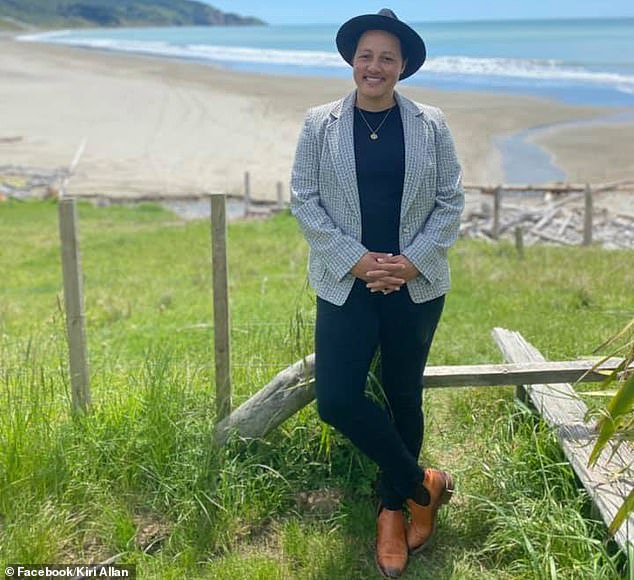