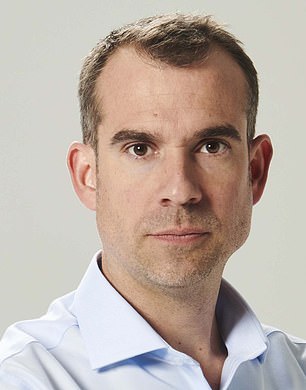 Pictured: Dr Chris Van Tulleken, who is warning against how everyday items are contributing to the rise of antibiotic-resistant superbugs

Whenever we go shopping for food, we risk unwittingly fuelling one of the world’s most dangerous public health emergencies.

New research warns how everyday items from pizza to yoghurt may be contributing to the rise of antibiotic-resistant superbugs that can kill millions of people.

Low-welfare farms around the world are the culprits. More than half the world’s antibiotics are not given to people but to livestock – and are then passed on to humans when we consume those animal products.

Livestock raised for cheap produce are often kept in cruelly dirty, cramped and stressful conditions that foster the rapid spread of infectious diseases.

Instead of improving the animals’ living conditions, farmers find it cheaper – and more profitable – to routinely dose up the animals with regular antibiotics in the hope of preventing infection outbreaks.

But when farmers give antibiotics excessively and unnecessarily, they are in effect priming ordinary infectious bacteria to overcome the drugs and so encouraging the development of lethal superbugs.

This global level of overuse has quietly but steadily fuelled the world’s antibiotic-resistance crisis, where ever-deadlier bacteria can shrug off even our most potent medicines.

Only this week, the UK Health Security Agency warned that one in five people with an infection in 2020 had an antibiotic-resistant strain.

Some scientists think that antibiotic over-use by humans is a main cause of the antibiotic resistance crisis. 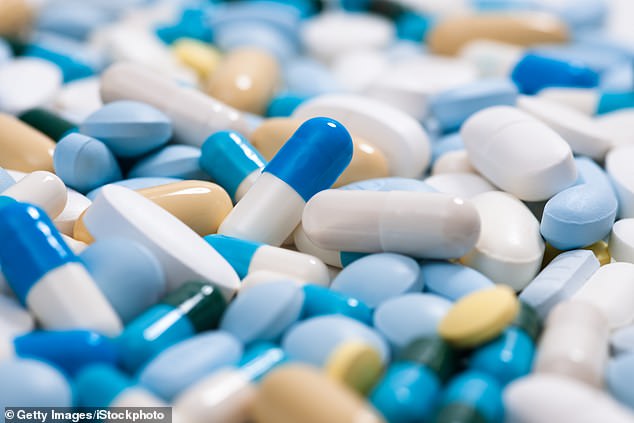 Some scientists think that antibiotic over-use by humans is a main cause of the antibiotic resistance crisis. Pictured: A pile of medical pills (stock image)

But the volume of antibiotics given to farm animals, which live in the cramped, warm conditions in which dangerous bacteria thrive, is a recipe for disaster.

The antibiotic-resistant superbugs that farms foster can spread around the world through food and also through the muck and waste they produce.

They can also spread via the humans who work with infected animals, such as farm and slaughterhouse staff.

So it’s easy to see how easily superbugs can escape from farms.

It is not yet scientifically known exactly how much overuse in animals contributes to resistance in human infections.

But as a doctor, I believe it’s just not worth gambling on this.

I’m alarmed by the new research showing that leading UK supermarkets are failing to do enough to make sure antibiotics aren’t being misused on farms that provide us with meat, milk, eggs and fish. 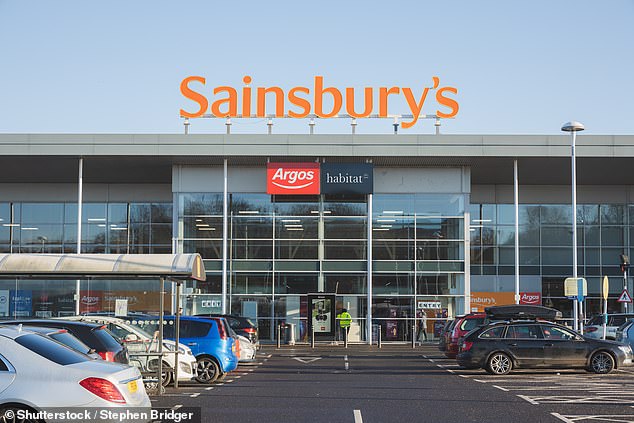 Dr Chris Van Tulleken is urging every British shopper to sign a petitions that’s launched today and which asks Asda, Aldi, Co-op, Lidl, Morrisons, Sainsbury’s, Tesco and Waitrose to make sure the rules they have in place apply to all the animal products they sell

What’s worse is that many supermarkets have double standards for antibiotic use, with tough rules for some supply chains and zero rules for others.

British farmers should be applauded for reducing the amount of antibiotics they use on their farms by some 50 per cent in the past five years. Nevertheless their use remains too high.

What’s concerning now is that new trade deals with countries outside the EU will lead to more imports from places such as Australia and the US where antibiotic use is even more excessive.

Antibiotic resistance knows no borders and there is nothing to stop those high-risk imports from arriving on our supermarket shelves. Geographical distance is no protection from infectious disaster.

Until supermarkets demand the same farm safety standards the world over, UK shoppers will unwittingly keep supporting farms in the UK and abroad that abuse anti- biotic safety.

As an infectious diseases doctor, this worries me greatly. To preserve the life-saving ability of antibiotics I feel compelled to speak out.

I would urge every British shopper to sign the petition that’s launched today and which asks Asda, Aldi, Co-op, Lidl, Morrisons, Sainsbury’s, Tesco and Waitrose to make sure the rules they have in place apply to all the animal products they sell.

The health of our families depends on it.

Dr Chris van Tulleken is an infectious diseases doctor and a broadcaster.

Covid Australia: Everything you need to know about the vaccine