Paris Saint-Germain 2-0 Lorient: Kylian Mbappe and Moise Kean on the scoresheet for hosts as they ease to victory over 10-man visitors to keep up pressure on Ligue 1 leaders Lille

Paris Saint-Germain stayed hot on the heels of Ligue 1 leaders Lille as goals from Kylian Mbappe and Moise Kean earned them a 2-0 home win against 10-man Lorient on Wednesday.

Mbappe, with a penalty, and Kean found the net in the second half after the visitors had Andrew Gravillon sent off to move up to second on 31 points from 15 games.

They trail Lille, who beat bottom side Dijon 2-0 away earlier, by one point, and are one ahead of third-placed Lyon after they conceded a last-gasp goal in a 2-2 home draw against 10-man Stade Brestois. 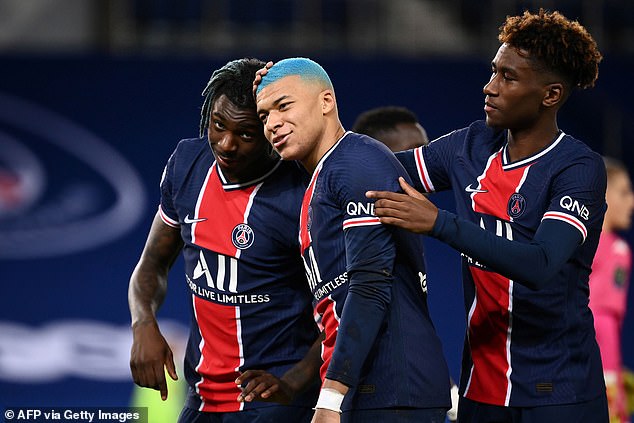 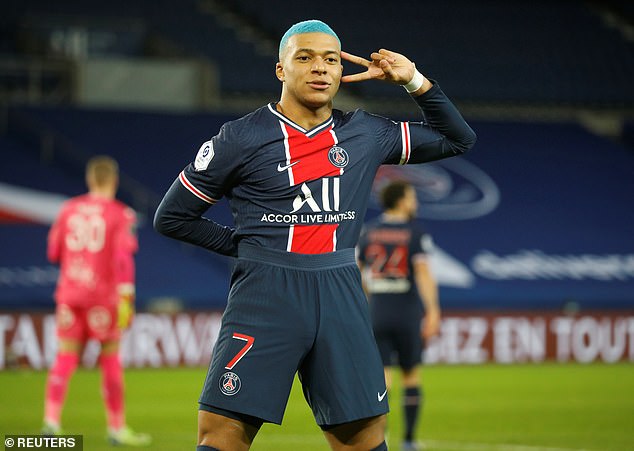 The French World Cup winner, with his daring blue haircut, celebrates after netting his penalty

Marseille in fourth, who have two games in hand, lost 2-1 at Rennes after being reduced to 10 men in the first half.

But in Paris, PSG finally got the job done after a frustrating opening period against Lorient.

Despite having 81 per cent possession in the first half, Thomas Tuchel’s side struggled to create many clear-cut chances.

And it was Lorient’s Terem Moffi who had the best opportunity, but he fired wide when through clean on goal. 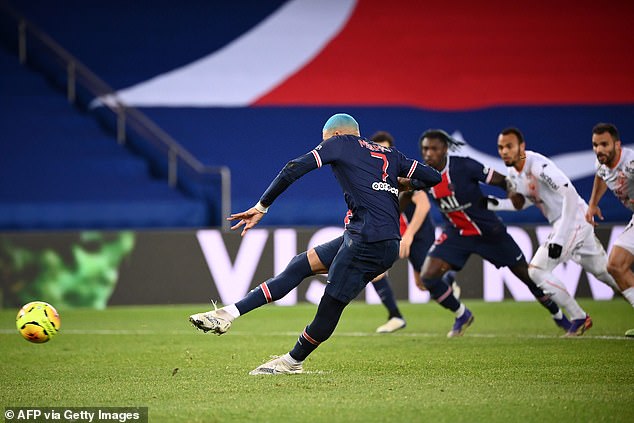 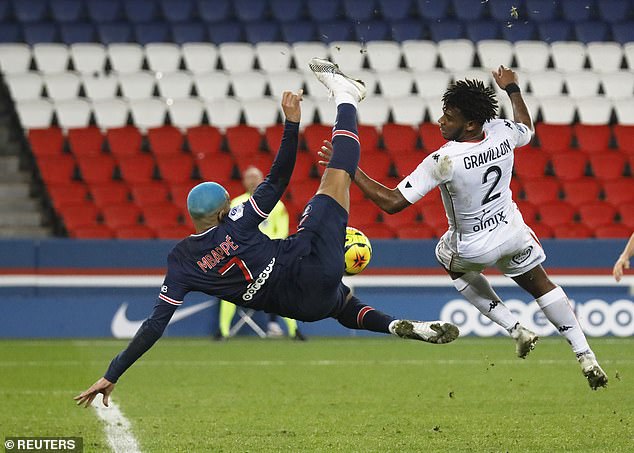 But then the match was effectively decided less than five minutes into the second half at the Parc des Princes.

Lorient full back Gravillon was harshly sent off for a nudge on Mbappe in the penalty area.

And the Frenchman then duly converted the resulting spot-kick into the bottom corner.

Then Kean put the result to score his eighth goal since joining on loan from Everton after Rafinha had set him up. 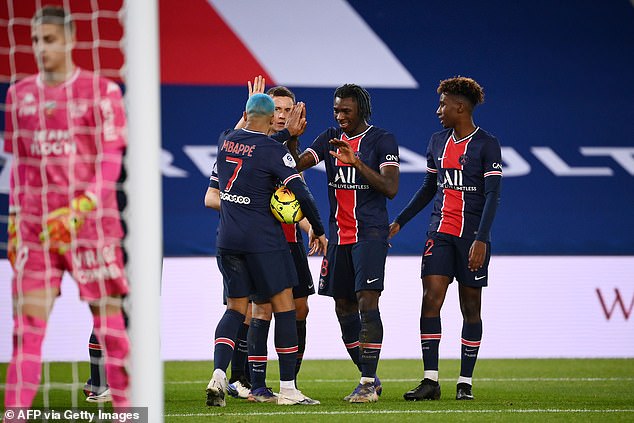 Newsweek: Reducing attendance at Biden's inauguration ceremony from 200,000 to 1,200 people due to Corona