The hideous process of prejudice and hysteria which led eventually to the outrageous treatment of several honourable men and women has begun again.

The frenzy about alleged ‘rape culture’ at schools has rapidly lost all touch with reality or proportion.

Perhaps it took off because the allegations were first made against expensive private schools, so reviving the ancient myth that the authorities are covering up the misdeeds of the rich. 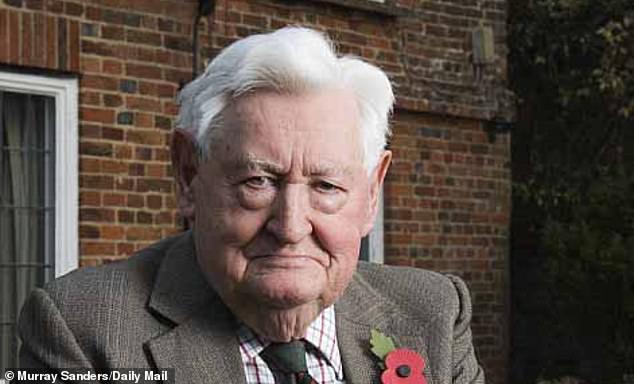 It was this utter loss of restraint which brought about the shameful treatment of Lord and Lady Brittan and Field Marshal Lord Bramall (above) prominent people publicly humiliated and their lives hideously and painfully disrupted, on the word of a ‘victim’ who was not a victim, but a fantasist

But it was quite obvious very quickly that the undoubted poisoning of young minds by pornography is present in all schools, rich or poor. Yet by that time, it did not matter.

The frenzy had begun. And a senior police officer was once again declaring that ‘victims’ would be ‘believed’.

It was this utter loss of restraint which brought about the shameful treatment of Lord and Lady Brittan and Field Marshal Lord Bramall, prominent people publicly humiliated and their lives hideously and painfully disrupted, on the word of a ‘victim’ who was not a victim, but a fantasist.

Does Mr Simon Bailey, Chief Constable of Norfolk and the national police ‘lead’ on such matters, have no capacity for learning from mistakes? He was specifically singled out in the report on the Operation Midland fiasco, conducted by the retired judge Sir Richard Henriques.

Sir Richard objected to Chief Constable Bailey’s use of the word ‘victim’, when guilt had not been proved. He said: ‘A police officer has a duty to investigate, as part of the criminal justice process, determining whether or not a complainant is proved to be a victim.’

And he advised: ‘All ‘complainants’ are not ‘victims’. Some complaints are false. 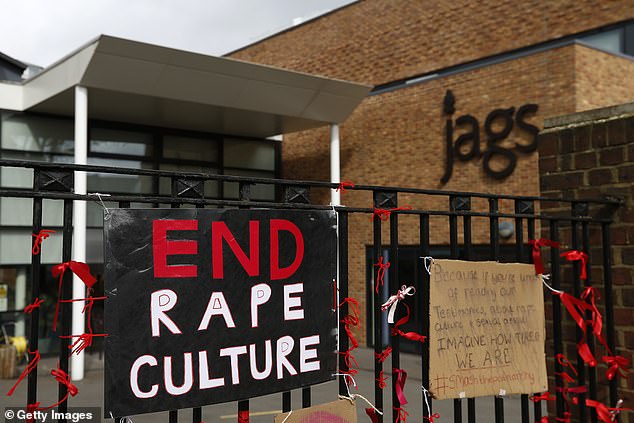 The frenzy about alleged ‘rape culture’ at schools has rapidly lost all touch with reality or proportion. Perhaps it took off because the allegations were first made against expensive private schools, so reviving the ancient myth that the authorities are covering up the misdeeds of the rich

Since the entire judicial process, up to that point, is engaged in determining whether or not a ‘complainant’ is indeed a ‘victim’, such an approach cannot be questioned.

‘No Crown Court judge will permit a ‘complainant’ to be referred to as a ‘victim’ prior to conviction. Since the investigative process is similarly engaged in ascertaining facts which will, if proven, establish guilt, the use of the word ‘victim’ at the commencement of an investigation is simply inaccurate and should cease.’

Sir Richard added, in a lengthy attack on the police habit of saying that ‘victims’ will ‘be believed’: ‘Any policy involving belief of one party necessarily involves disbelief of the other party. That cannot be a fair system.’

I thought we had been through all this. Even the unsatisfactory Metropolitan Police chief Cressida Dick said as long ago as April 2018 that she had told officers they must have an open mind when an allegation is made and that their role was to investigate, not blindly believe.

Yet last Monday, on BBC Radio 4’s Today programme, Mr Bailey said: ‘If parents are aware that their son or daughter has been a victim of abuse then please come forward and report the abuse, your son or daughter, their account will be believed.’

He went on, astonishingly, to urge parents to turn in their own children if they suspected them. The BBC’s presenter, typically, offered no challenge to this peculiar and questionable stuff.

It’s the current groupthink now, just like the groupthink that led police to believe the warped and ridiculous fantasies of the unpleasant Carl Beech, and so to an inexcusable police raid on Lord Bramall’s home. Everyone knows that now. But they didn’t seem to grasp it then. A moment’s intelligent thought, and the good old presumption of innocence, could have prevented all that.

Well, then, surely it’s the duty of the rest of us to throw a bucket of cold water over these frenzied people. No compensation, no reluctant police apology, ever makes up for the damage done by hysteria.

Investigate allegations seriously. But leave it to the courts to decide on guilt or innocence. Presuming guilt is the road to disaster.

I see the Blair creature now says he was not up to being Prime Minister. Of course he wasn’t. He is Olympically dim, apart from his other failings. That is why the terrifying Alastair Campbell, who nobody would ever have voted for, did the actual governing.

How odd to recall what we were told in the 1960s, that the laws against pornography were unhealthy and repressive, and that if it was brought into the open, a new age of wholesomeness and sexual health would begin.

Those who tried to object to this, such as poor old Lord Longford and Mary Whitehouse, were unkindly mocked and accused of having dirty minds themselves. Well, now we see the sort of cruel, inhuman muck about sex that has crept into the minds of schoolchildren, it looks to me very much as if Lord Longford and Mrs Whitehouse were right, and all the fashionable lawyers, authors, academics and journalists who jeered at them were seriously wrong.

But who will admit that now?

Masks: Why the big cover up?

A BBC presenter, Justin Webb, last week berated Dr Jenny Harries, the new head of the worrying UK Health Security Agency. Was he concerned that this body would create new excuses for the Government to confine us in our homes and strangle normal life?

No. He wanted her to submit to the line now adopted by the ‘impartial’ BBC, that the Government did not close the country down hard or fast enough a year ago.

And he wanted her to say that the Government had been wrong not to enforce mask-wearing sooner. In fact, the official advice on masks up to last June, that ‘the evidence of the benefit of using a face covering to protect others is weak and the effect is likely to be small’, was true then and is still true now.

But the politics have changed, and when I tried to get the Business Department to send me a copy of that advice, they wouldn’t. Fortunately for the record, I have obtained one by another route.

But evidence of facts which do not fit the official line on Covid has a habit of disappearing from the internet. 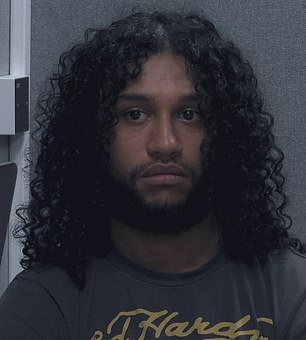 The crime was completely random and pointless, even by the low standards of a robber and drug-abuser such as McCann. The programme showed the police catching McCann and proving he had done the shooting.

There was a fair amount of charging about in vans, with guns, and shouting ‘Armed police!’ like on Line Of Duty, and a bit of psychobabble. But the key point about McCann, that he had been smoking marijuana since he was eight, and still did so every day, seemed to go straight past the entire criminal justice system and the makers of the programme.

If the police and courts enforced the laws against marijuana possession, something they seem to have forgotten is illegal, a huge amount of crazy violence of this kind (and incurable mental illness) would be avoided. See the website Attacker Smoked Cannabis, compiled by the excellent Ross Grainger, and marvel at just how many insane, brutal crimes are carried out by long-term users of this horrible drug – now on the verge of becoming legal.