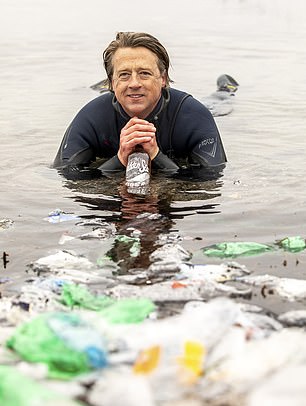 Wine lovers are becoming eco-warriors by helping to clean up the world’s oceans while enjoying a glass or two of their favourite tipple.

Drinkers are able to ease their consciences while glugging down a brand of wine from Australia with exceptionally green credentials.

The makers of The Hidden Sea vegan wine, make a donation to help remove and recycle plastic debris from the oceans for every £9 bottle that is sold.

As a result, bottles are being snapped up by drinkers wanting to do their bit to save the planet and they are flying off the shelves of Sainsbury’s and the Co-op in the UK, Walmart in the US and stores in Denmark, Sweden, China, Australia, Thailand and Germany.

The brand was created in 2015 by marketing entrepreneur Justin Moran and former Australian rules football icon and Richie Vandenberg who describe themselves as ‘surfers and avid beach-goers’.

But Mr Moran, 47, was inspired to directly tackle the problem of plastic in the oceans after he went for a swim during a business trip to Vietnam in 2018 and found debris clogging the sea.

He said: ‘I was in the water and I just felt something brush against my leg. I thought it was a jellyfish, then I realised I was swimming through plastic.’ 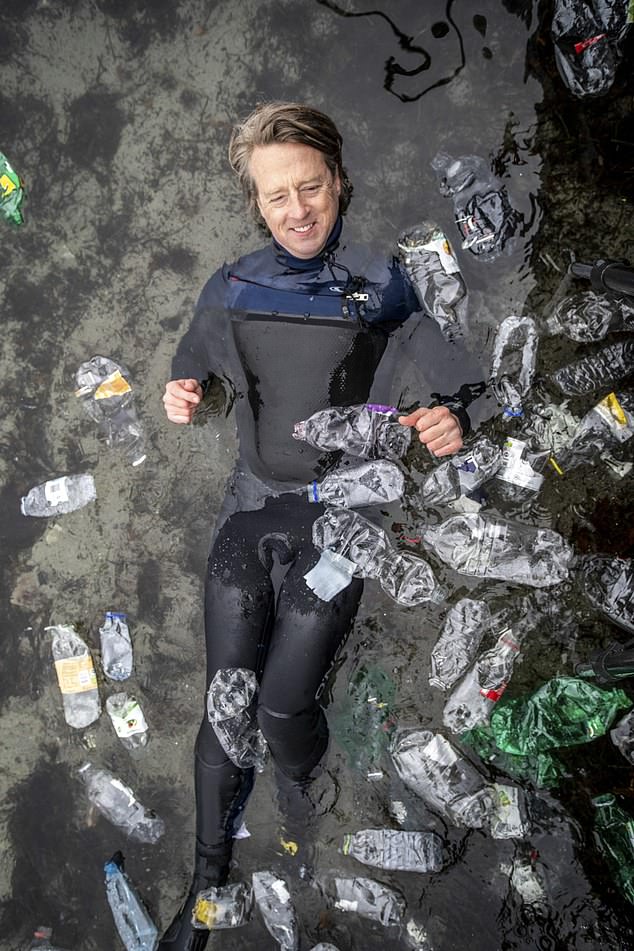 As a result, he and his business partner launched a partnership with the ReSea Project, a community-first company based in Denmark, which has been operating in the places hardest hit by the plastic pandemic.

Since the partnership started last July, they have been making donations to recycle the equivalent of ten 500ml single-use plastic bottles from the world’s oceans and rivers for every bottle of The Hidden Sea that is sold.

The brand has so far paid for the recovery of more than 25,000kgs of plastic, the equivalent of 1.5 million water bottles, and it aims to remove one billion bottles by 2030.

Much of the brand’s clean up work is being done in Indonesia, where small-scale fishing communities have to deal with growing piles of plastic swilling around in the water.

Local workers helping the ReSea clean up effort are being paid double the average wage.

The brand only arrived in the UK in February this year with its Chardonnay being sold by the Co-op and its Sauvignon Blanc and Rose available in Sainsbury’s.

There are hopes that its Pinot Grigio and Shiraz varieties will also soon be available in the UK. 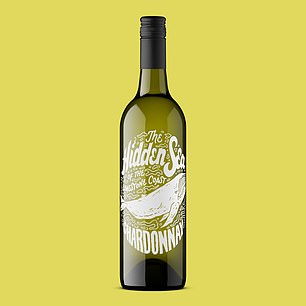 Mr Moran and Mr Vandenberg launched Limestone Coast Wines in 2013 with vineyards in an area which was once under the sea and is rich in mineral deposits, giving its wines a distinctive flavour.

They decided to put a picture of a whale on their bottles of The Hidden Sea because a fossilised whale was found on the land where their vines grow.

Mr Moran described his wine as a ‘socially and environmentally conscious product’ and ‘very quaffable’.

He said: ‘We came up with The Hidden Sea because we wanted to use our business to help make the world a better place.

‘I was at a place in my life where I wanted to do ‘better’ but didn’t really know what that meant.

‘We started off donating 10% of the price of every case to ocean charities before deciding to concentrate on the plastic issue.

‘We can now say that ten single use plastic bottles are being removed from the oceans for every bottle of The Hidden Sea that is sold. It is a slogan that everyone can understand.

‘It has been a game changer for us and has caught the imagination of wine drinkers. Our sales of the brand have gone up 1,600% in multiple markets in the last 12 months. It has been amazing.

‘We pay eight euros to get the equivalent of 60 plastic bottles cleaned up for every case of six bottles of wine that we sell.

‘We are concentrating on Indonesia because that is where so much plastic in the world is sent. If it is not recycled it ends up being burned, in landfill or in the ocean.

‘It is not just green-washing. It is a serious commitment of our brand. We are still a full profit business, but not at the expense of humanity.’