Two Indian immigrants who travelled to Australia seeking a ‘better life’ were swept out to sea on their first trip to the beach on Christmas Day, moments after posing for a happy picture on the water’s edge.

Anupam Chhabra and Ashu Duggal, both 26, posed for a photo as they dipped their toes in the water at Squeaky Beach in Wilsons Prom, Melbourne‘s southeast.

They’d both been looking forward to the outing in the lead up to Christmas, and Mr Duggal had even taken swimming lessons to ensure he’d be confident in the water.

But tragedy struck about 3.40pm, when stronger than expected currents swept both men out to sea and they vanished.

Hours later, Mr Chhabra’s body washed ashore. One onlooker tried in vain to perform CPR and resuscitate him before he was officially declared dead. 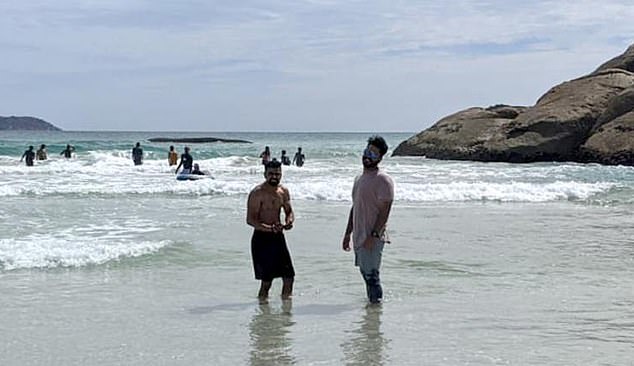 Anupam Chhabra and Ashu Duggal, both 26, posed for a photo on the edge of the water at Squeaky Beach in Wilsons Prom, Melbourne’s southeast, on Christmas Day (pictured) in what was their last photo

The second man’s body was recovered about 4pm on Saturday, after a 24 hour air and sea search.

Both men have devastated family back in India’s Punjab region who are now scrambling to organise mercy flights to Australia to recover the bodies.

Mr Duggal’s sister Anu said the border closures and isolation in India due to Covid has only exacerbated her mother’s grief.

She also questioned why lifeguards weren’t working at the beach on Christmas Day, given its reputation for having dangerous conditions.

‘If a lifeguard would have been there at the time, he would’ve survived. At a beach like this, with a crowd, you need lifeguards,’ she told the Sunday Herald Sun. 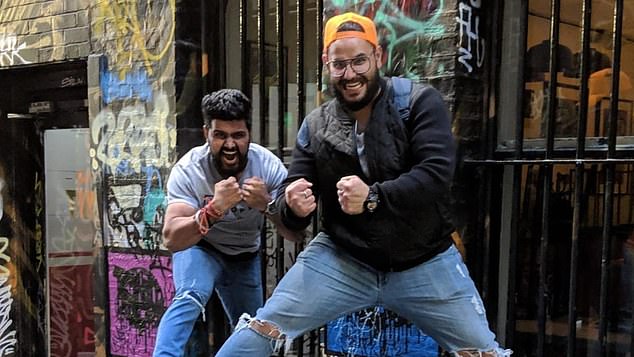 Both mates (pictured, together) have devastated family back in India’s Punjab region who are now scrambling to organise mercy flights to Australia to recover the bodies

Anu said her brother ‘loved the water’ but ‘somehow got caught’ up in the rough conditions. ‘It was bad timing,’ she explained.

Both men travelled to Australia in their early 20s with some other friends to make better lives for themselves.

Mr Chhabra was ‘settling down and getting married’ and worked as a chef at the Rod Laver arena while Mr Duggal had just finished studying in accounting, close friend Sahil Gulati revealed.

‘It was their first time at the beach, they were looking for a Christmas Day outing,’ he added.

Andrew Keay, who has been holidaying in Wilsons Prom for the last 40 years, said the region had always been dangerous.

‘I couldn’t imagine what they are going through. It is a treacherous beach.’

FA Cup fifth round on the BBC: Man Utd v West Ham one of three games you can watch