Did you want milk with that? AFL fan is spotted eating dry Weetbix straight out of the cereal box while watching a live game – and it isn’t well received

A dedicated AFL fan has divided the internet after he was spotted snacking on a box of dry Weetbix while watching his favourite team play.

The hungry spectator was seen munching on the breakfast food with the cereal box in tow at the Port Adelaide and Western Bulldogs game at the Adelaide Oval on Saturday night.

The Port Adelaide fan donned the iconic teal and black get-up while watching the Bulldogs take home a 19-point win over his home team. 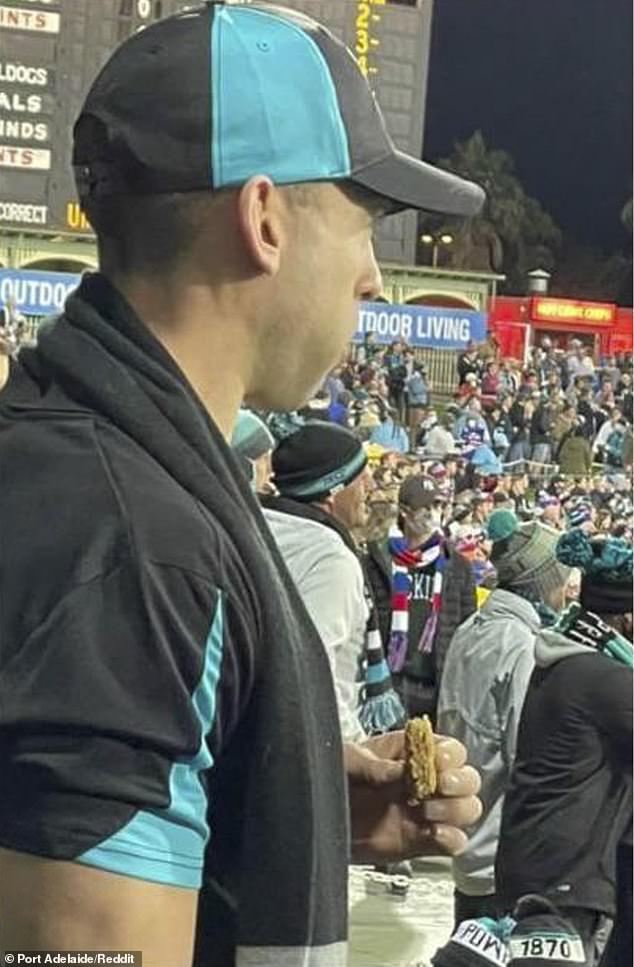 But the avid fan’s unusual match-side snack didn’t go unnoticed by surrounding spectators who snapped a sneaky picture during the game.

The peculiar food choice has amused viewers on Reddit with many questioning how the AFL fan could stomach the dry Weetbix.

‘My mouth is dry just thinking about this,’ one user wrote on Reddit. 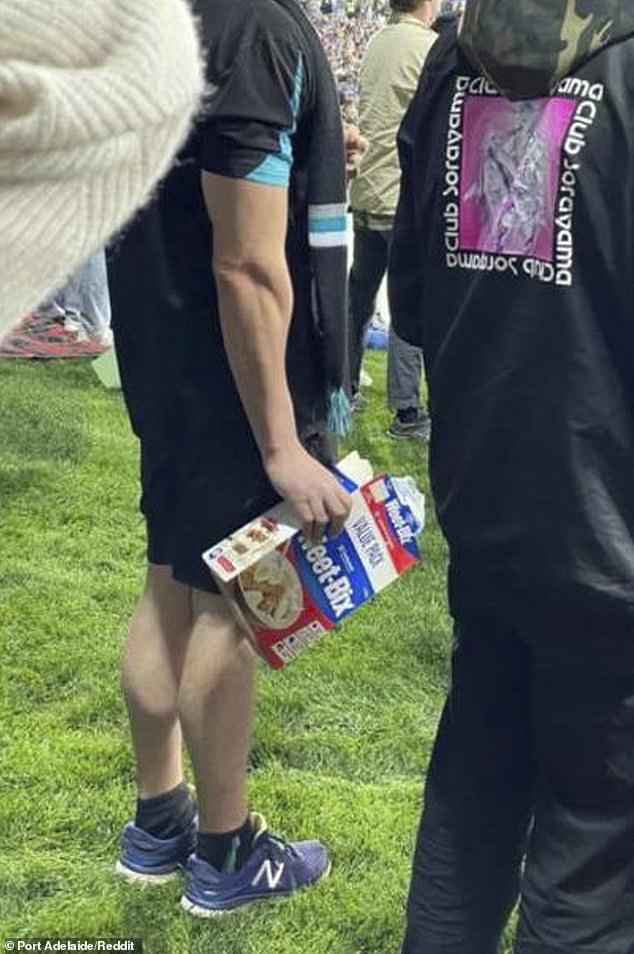 Is it weird to eat dry Weetbix?

‘Yeah dry Weetbix is not ok. I’m sorry but it’s just not,’ another commented.

‘Yeah with some milk on them they can be ok but straight from the box dry? This guy can’t be a human,’ another said.

Others sarcastically said the man’s snacking choice was the reason Port Adelaide lost the game.

‘I’m not sure if it would be more strange if he also brought milk with him or that he’s just eating them dry,’ another said.

A PICTURE AND ITS STORY-Gaza girl survives Israeli...

Woman, 23, who rushed to hospital with agonising period pains is stunned to discover she’s in labour

‘EU won’t be the fall guys’ when it comes to vaccines, says France

Bindi Irwin has announced that she is taking a break from public life, after she shared...

Brianna McNeal finishes second in 100-meter hurdles. Will she be cleared to race in Olympics?