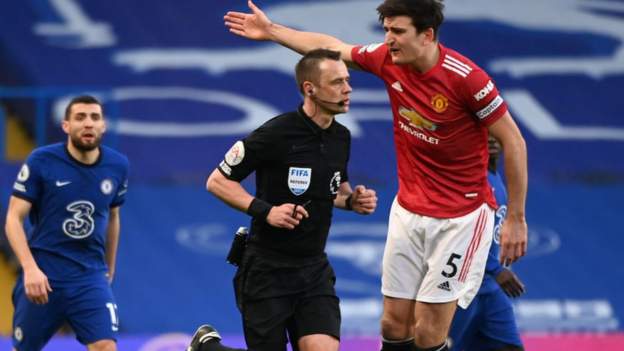 Ole Gunnar Solkjaer’s side remain second but are now 12 points adrift of City while the result left Chelsea outside the top four a point behind West Ham United.

Manchester United – who have lost only one of their last 20 league games – thought they were about to be offered the chance to make a breakthrough in the first half but a penalty appeal for handball against Callum Hudson-Odoi was dismissed by referee Stuart Attwell after he was instructed to consult a pitchside monitor by the video assistant referee.

Chelsea, who remain unbeaten under new manager Thomas Tuchel, had chances but United keeper David de Gea made a fine second-half save from Hakim Ziyech while opposite number Edouard Mendy saved well from Scott McTominay and Fred was narrowly off target with a long-range effort. Mendy also punched away a late effort from Bruno Fernandes.

In the end, however, this was another game to add to the list of meetings between the so-called top six that ended in stalemate.