Australian public school kids will have their start and finish times staggered as part of a push to modernise the traditional school day and reduce traffic congestion.

The overhaul planned by education authorities in New South Wales would mean principals can offer options to parents other than the standard 9am-3pm school day.

Alternatives would include a 7am-1pm day or extended after-school care.

Government officials hope they can ease pressure on Sydney’s heavily-congested roads by staggering when students are picked up and dropped off from school. 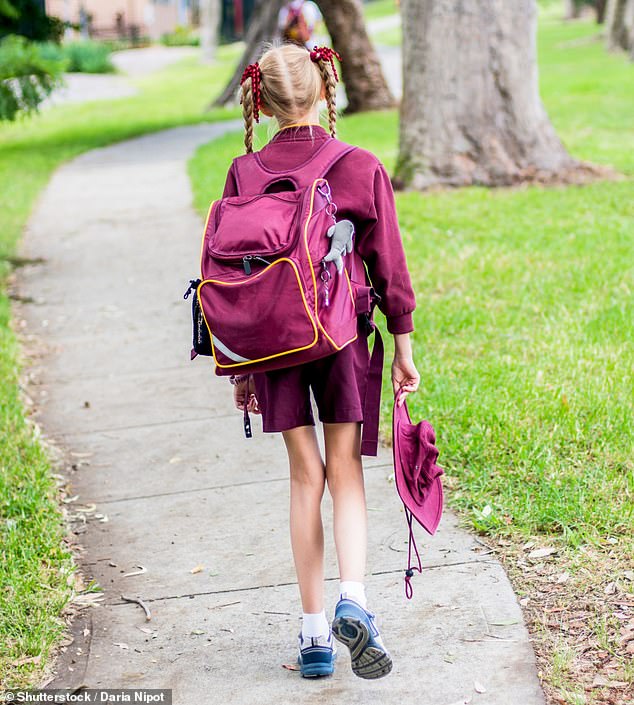 School children in New South Wales will have their start and finish times staggered as part of a radical push to modernise the traditional school day. Pictured is a file image of a schoolgirl walking to school in NSW

The cost of Sydney’s traffic congestion to the state economy is estimated to reach $13.1billion by 2031, according to the NSW Productivity Commission.

As well as splitting start times, schools will also be allowed to extend their daily hours of operation, The Sydney Morning Herald reported.

Merrylands East Public in the city’s west already operates an 8am to 1.15pm school day.

The scheme would also give more flexibility for shift-working parents and allow them to fit the school day around their work times.

NSW Treasurer Dominic Perrottet said schools needed to adjust to the fact more women were participating in the workforce.

‘This is an opportunity for us to rethink how our students learn and how we can make life easier for many working parents,’ he said. 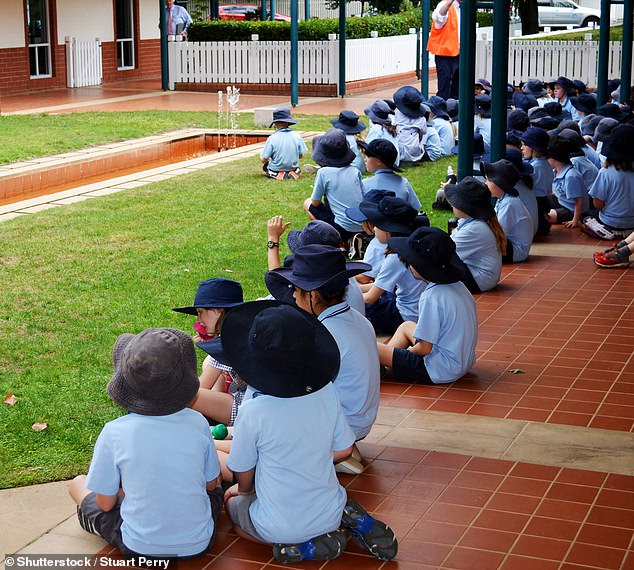 Parents could choose options including 7am-1pm day or extended after-school care as part of the flexible new school hours. File image pictured of children in uniform visiting the the Donald Bradman museum

NSW Education Minister Sarah Mitchell added the traditional school day was a ’20th century concept’ which needed to be made more flexible to fit modern-day needs.

‘This project is an opportunity to identify measures which remove pressure from parents and carers and improve the educational outcomes for students by being flexible with school hours, and then see how they might be scaled to similar schools,’ she said.

‘The reality is that the traditional school day, like the 9 to 5 workday, is a 20th century concept which may not always be relevant for schools in the 21st century.’