Under pressure Real Madrid boss Zinedine Zidane insisted he has never seen himself as ‘untouchable’ despite his previous success as a player and a manager at the Bernabeu.

Zidane has won 11 trophies during two spells in charge of the LaLiga side including three back-to-back Champions League wins between 2015 and 2018. He also won six titles as a player.

But the Frenchman has come under fire for Real’s recent run of poor form after Tuesday’s defeat by Shakhtar Donetsk left them needing a win from their last Champions League group game against Borussia Monchengladbach. 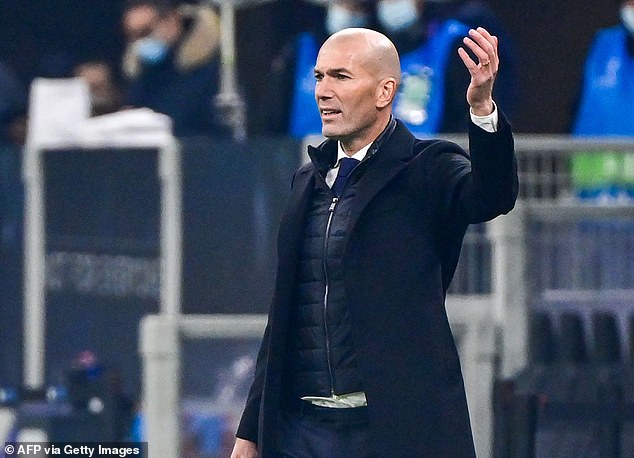 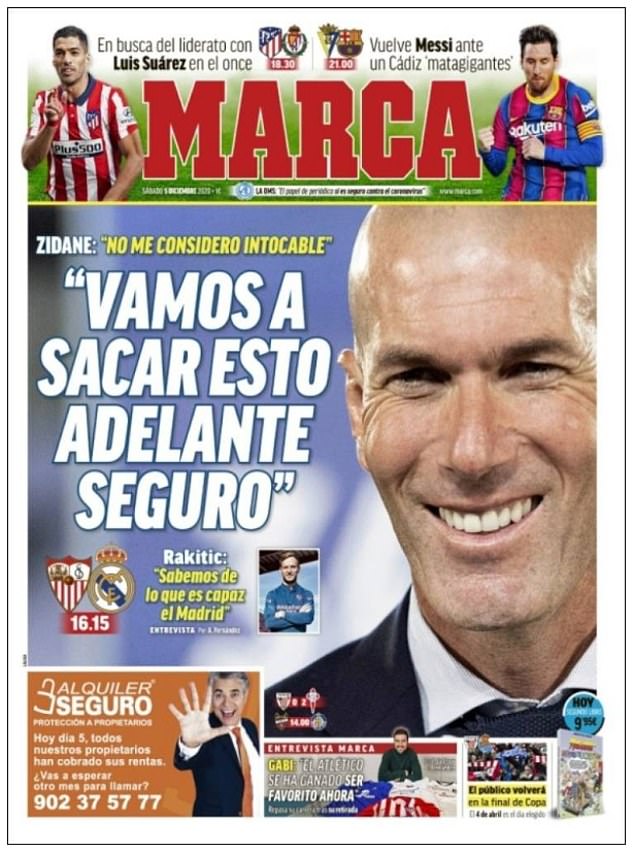 The front page of Spanish newspaper Marca reads: ‘I do not consider myself untouchable’ alongside a picture of the under pressure boss

His side are also seven points behind Real Sociedad in LaLiga and face a crucial game against Sevilla this afternoon.

Sevilla, managed by former Real boss Julen Lopetegui, are one point behind Real in fifth with a game in hand and will leapfrog them with a victory.

After facing Sevilla and Monchengladbach, Real play rivals Atletico Madrid who are currently second and six points ahead having played a game less. 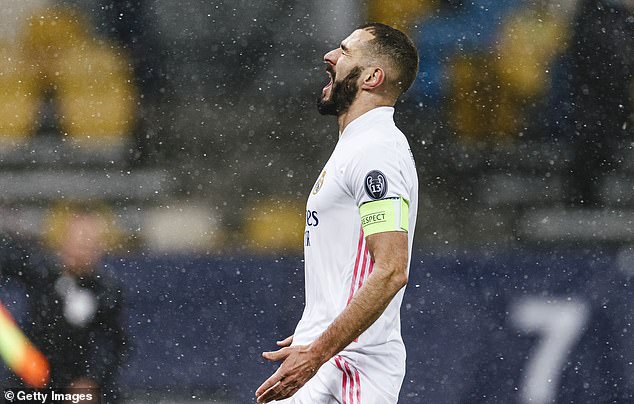 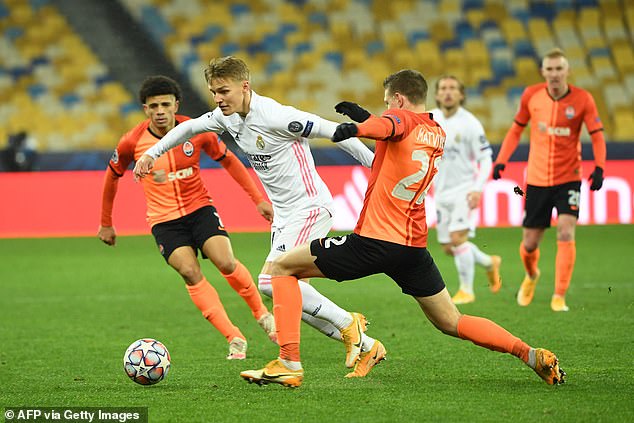 A worst case scenario of defeats in all three fixtures could leave Real Madrid out of Europe and 12 points off the pace having played a game more in LaLiga.

Ahead of the crucial set games, Zidane was asked whether he had lost his ‘untouchable’ status.

‘I’ve never seen myself as untouchable at this club,’ he insisted.

‘Not as a player or as a coach. Never. I’m here for a reason, and I’m living this thing until the final day.

‘When you don’t win it’s normal that you get criticism. It’s not going to change nor will it change how I think of my players and the job I do on a daily basis. There are clearly difficulties in this job. We’re going to continue regardless. 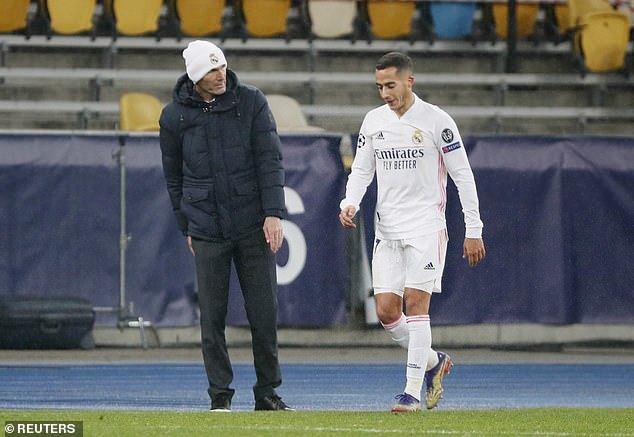 ‘Yes we’ve had difficult times in the past and now we’re in the present and it’s more difficult now but I feel strong and the players will give us the possibility to get through this tough spell. I feel ready to find a solution for this.’

‘Zizou is a magnificent coach. He’s a good friend and will do everything possibility to lift Madrid as high up as possible. You cannot live in the past but he’s earned the right for us to trust in him.’

Real legend and Zidane’s former team-mate Iker Casillas leapt to the defence of the Frenchman earlier in the week and insisted he has earned the right for people to trust him.

He told Diario AS: ‘Zizou is a magnificent coach. He’s a good friend and will do everything possibility to lift Madrid as high up as possible. You cannot live in the past but he’s earned the right for us to trust in him.’

Driver blacks out at the wheel on a busy highway on Blue Mountains, ploughing into a ute