Reports: Fati returns to participate with Barcelona against Cadiz in the Spanish League 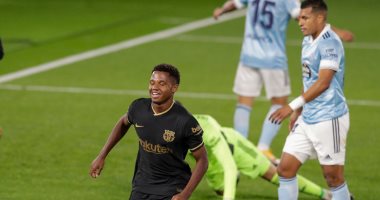 Spanish press reports revealed the date of the first appearance of the young star Ansu Fati with Barcelona in the matches, after recovering from the long injury that kept him out of the field since last November, after he underwent surgery in the meniscus of the left knee.

The Spanish newspaper “AS” reported that the match against Cadiz in the sixth round of the League will witness Fati’s participation with Barcelona again in the matches, after recovering from injury.

Barcelona gave Fati the number 10 shirt worn by Argentine star Lionel Messi, before his departure from the Blaugrana, which ended in the summer, and joining Paris Saint-Germain.

Barcelona’s technical staff, led by Dutchman Ronald Koeman, refuses to speed up the process of Ansu Fati’s return, for fear of any new setbacks.