That sinking feeling: Russian drivers dice with death as ice starts to thaw on frozen highway across Siberian river

Remarkable footage shows Russian drivers dicing with death on one of the world’s most dangerous roads – across a frozen river.

Among them was the driver of a Lada who had to be towed through water after he tried to make his way over the Lena River in Yakutia as the ice began to thaw.

The ice highway is only open in winter and early spring to ensure the river is fully frozen, but cars and trucks do fall through the ice.

Last year a driver and three passengers fell through but managed to escape before freezing to death. 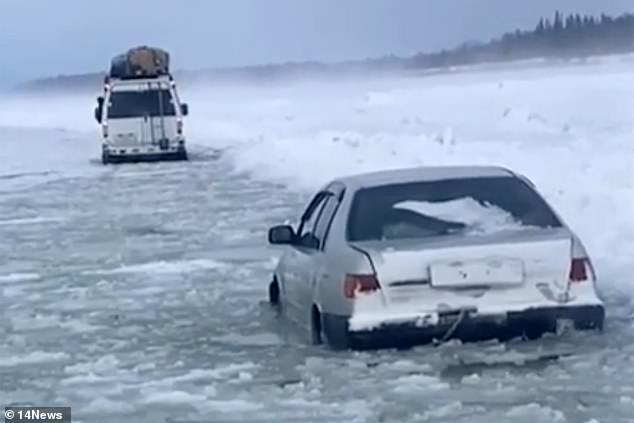 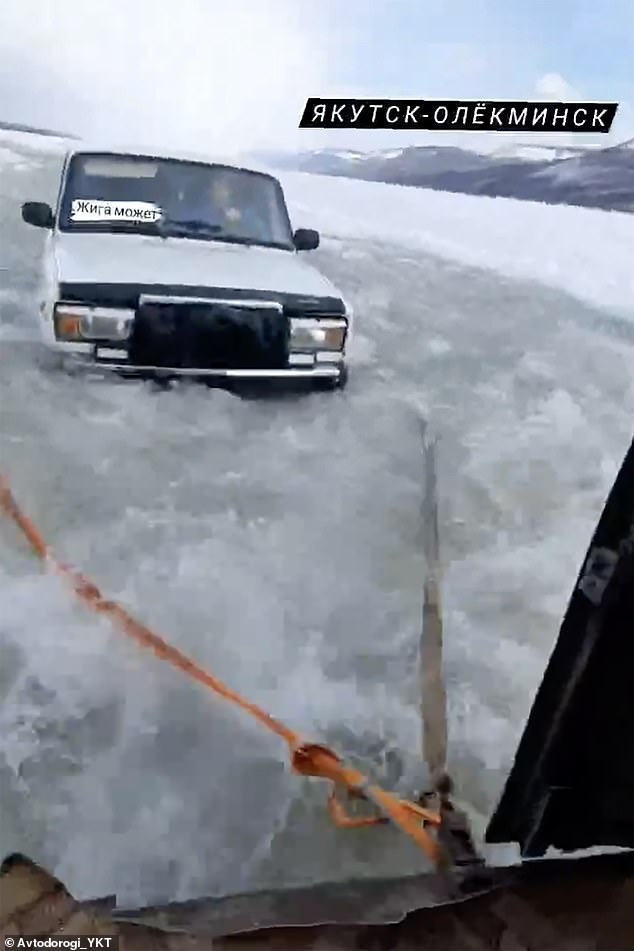 Footage shows the Lada driver being towed along the road. appearing amphibious as the water laps around the sills of the vehicle.

However, between the water there is still around three feet of ice.

The extraordinary highway on the frozen river connects regional capital Yakutsk – the world’s coldest city whose temperatures reach a bone-chilling -64C – and Olyokminsk, a distance of some 400 miles.

Siberia’s ice roads are typically open between November and April but there is no all year round road between these locations. In summer locals use boats. 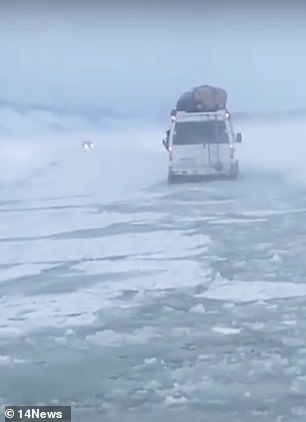 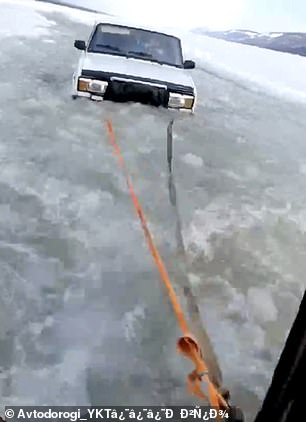 A local campaign has started for a proper highway. ‘Our district is one of the most inaccessible,’ says a social media post.

‘We have been fighting for a road for dozens of years, all to no avail.’

There has been a proposal for a £1billion crossing over the river which has been delayed for almost 20 years, and still hasn’t received official approval. 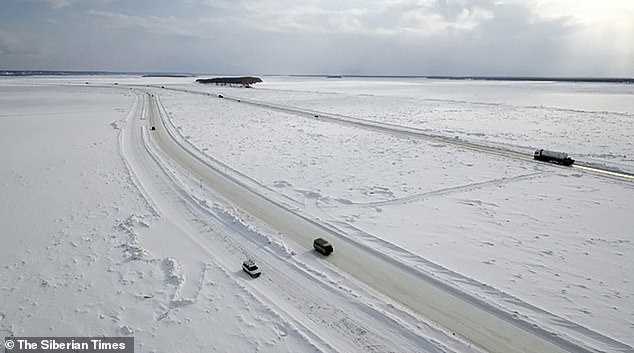 In Siberia the winter ice roads are crucial to supplying some of the world’s remotest villages and towns, and they have their own highway codes.

A regional lawmaker, Vladimir Prokopyev, believes that a bridge over the river is the only reasonable solution but he admits that the area doesn’t have the money to build it without Kremlin financing.