A girl from Wales has discovered a perfectly preserved 215-million-year-old dinosaur print, described as the ‘finest’ of its type found in 10 years.

Four-year-old Lily Wilder has been hailed by scientists after making the finding on a beach at Bendricks Bay near Barry.

The girl, from Llandough, near Cardiff, made the fossilised rock finding when out walking with her dad Richard, 47.

The print is just over 3.9 inches long and was made by a two-footed dinosaur currently unknown to science. 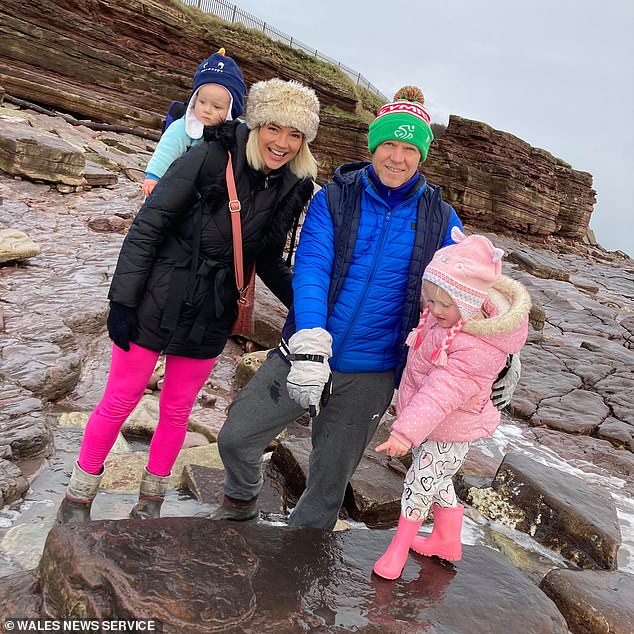 Lilly Wilder found the ‘perfectly preserved’ print when out walking with her dad Richard, 47, on a beach in Llandough, Wales

The creature that created it is thought to have stood about 75cm tall and 2.5m long.

Experts called it ‘the finest impression of a 215-million-year-old dinosaur print found in Britain in a decade’.

It was so perfect Mum Sally, 38, said they initially thought it was carving made by artists.

She said: ‘Lily saw it when they were walking along and said, “daddy look”.

‘When Richard came home and showed me the photograph, I thought it looked amazing.

‘Richard thought it was too good to be true. I was put in touch with experts who took it from there.

‘We weren’t even sure it was real.

‘I was imagining an artist had gone down and scratched it out, but I knew dinosaur footprints had been found along that piece of coast before, so I just thought I’d ask some people. 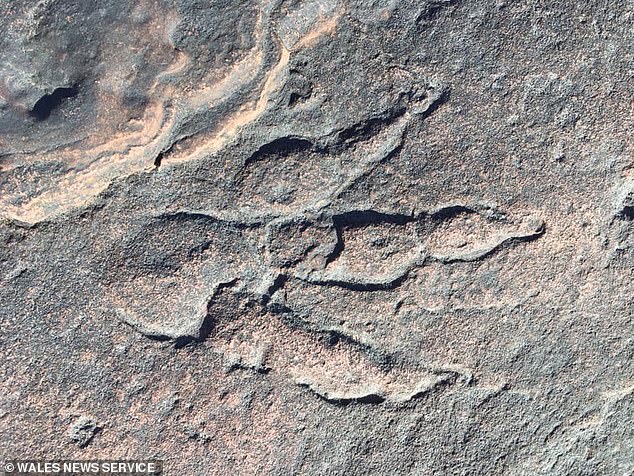 It was called ‘so perfect and absolutely pristine’ as well as a ‘wonderful piece’ by Karl-James Langford, of Archaeology Cymru. 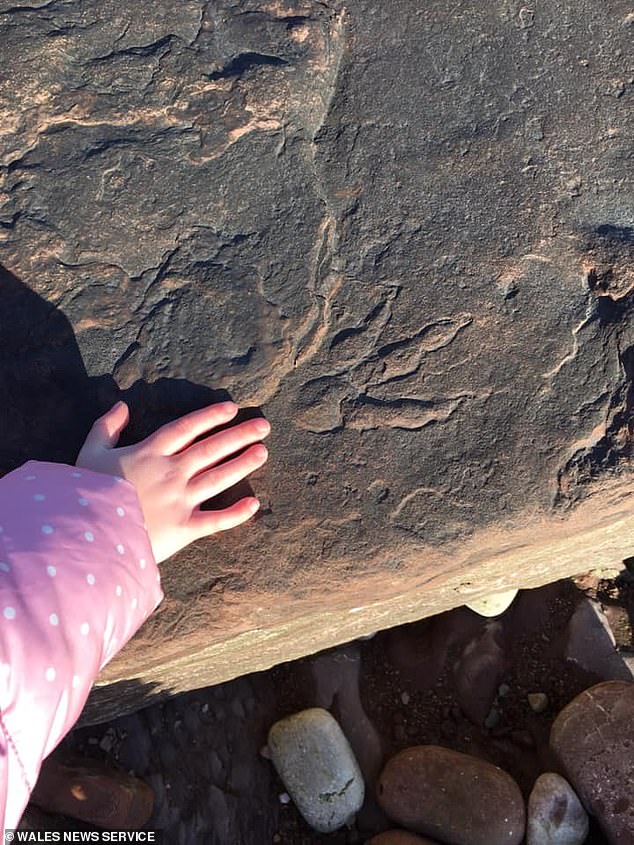 The ancient print is just over 3.9 inches long and was made by a two-footed dinosaur currently unknown to science, experts said.

‘I found this fossil identification page on Facebook and I posted it on there and people went a bit crazy.

‘It’s all been so exciting, discovering that it’s actually what they thought it was.’

It was inspected after Sally and husband Richard reported the finding to experts, including palaeontologists, who specialise in dinosaurs.

Karl-James Langford, of Archaeology Cymru called it ‘the finest impression of a 215-million-year-old dinosaur print found in Britain in a decade.’ 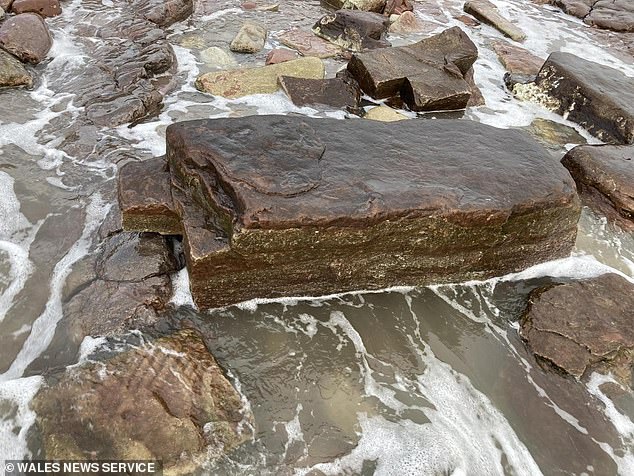 It was located in Bendricks Bay near Barry, Wales, and is the best dinosaur print of its age found in the UK in ten years.

He added: ‘It’s so perfect and absolutely pristine, it’s a wonderful piece.

A spokesman from the National Museum in Cardiff said the detail in the fossil was of great value to science.

‘Its spectacular preservation may help scientists establish more about the actual structure of their feet as the preservation is clear enough to show individual pads and even claw impressions.’