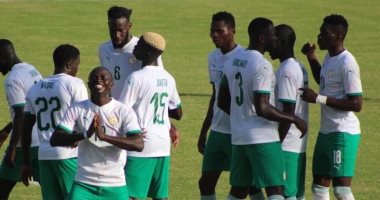 The first round of African qualifiers for the 2022 World Cup Qatar kicks off today, Wednesday, with 6 exciting confrontations, the most important of which is the first match between Egypt and Angola at nine in the evening, at the Air Defense Stadium in the first round..

Egypt is in Group F of the African qualifiers for the World Cup, along with Angola, Libya and Gabon..

At the same time as Egypt’s match against Angola, Libya will play its counterpart Gabon in Group F competitions.

The African qualifiers start at 3:00 pm Cairo time when the Central African national team hosts its Cape Verdean counterpart at the Stade de la Reunification in the third group competitions.

At six in the evening, two matches will be held, where Guinea-Bissau will host its counterpart Guinea at the Olympic Stadium in the first group.

Senegal hosts its rival, Togo, at the Lat Dior Stadium at the same time for Group H.

Today’s competitions will conclude with three confrontations that will be held at nine in the evening Cairo time, where the Egypt team will host its counterpart Angola at the Air Defense Stadium in the first round in Group F, where the two sides of the group will play Libya and Gabon at the same time at the Benina Martyrs Stadium..

In the last confrontation, Mali will host its counterpart Rwanda at the Adrar Stadium in the fifth group of African qualifiers for the 2022 World Cup Qatar.

The matches of the ten groups, each of which includes 4 teams, will be played in two rounds of matches, from 1 to 5 September, and two other rounds in each of the coming November and March.

The top 10 groups will play a play-off, now postponed from November to March, with the five winners participating in the 2022 World Cup finals.

For a strong memory.. stay away from soft drinks, chips and pasta