By Charlie Coë and Sahar Mourad For Daily Mail Australia

Scientists have discovered Tasmanian devils mysteriously glow in the dark under ultraviolet light – just weeks after the same phenomenon was discovered in other Australian animals.

US researchers at Toledo Zoo in Ohio found parts of the iconic Australian animal’s face turned an eerie bright blue when exposed to UV light.

The scientists said they believed they uncovered the first ever case of bio-fluorescence in Tasmanian devils as they revealed their findings on Saturday. 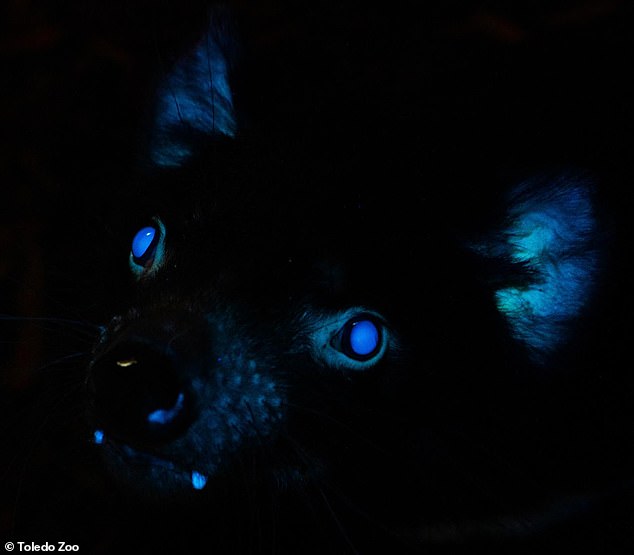 Scientists have discovered Tasmanian devils mysteriously glow in the dark (pictured, their faces under UV light) as part of a phenomenon called biofluorescence

‘In the case of the Tasmanian devil, the skin around their snout, eyes, and inner ear absorbs ultraviolet light and re-emits it as blue, visible light,’ the zoo wrote in a Facebook post.

‘It is unclear whether this instance of biofluorescence serves any ecological purpose or is simply happenstance.’

Toledo Zoo conservation technician Jacob Schoen said his team were inspired to test how the Tasmanian devil reacted under UV light after the occurrence was noticed in platypuses and bilbies.

‘When platypuses were recently found to be biofluorescence, it got us pretty excited to try and discover this in other animals, especially in Australian mammals,’ he said.

Scientists in the US last month found out platypuses also glow while under UV light.

The discovery had scientists from the Western Australian Museum scrambling to fact check their counterpart’s claims and were shocked to find that it was true.

Under the light, the platypus’ fur glows green and blue instead of its normal brown skin colour. 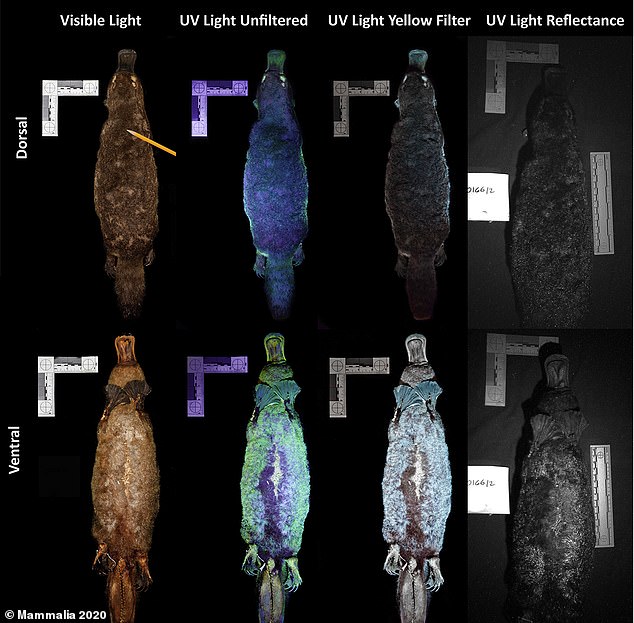 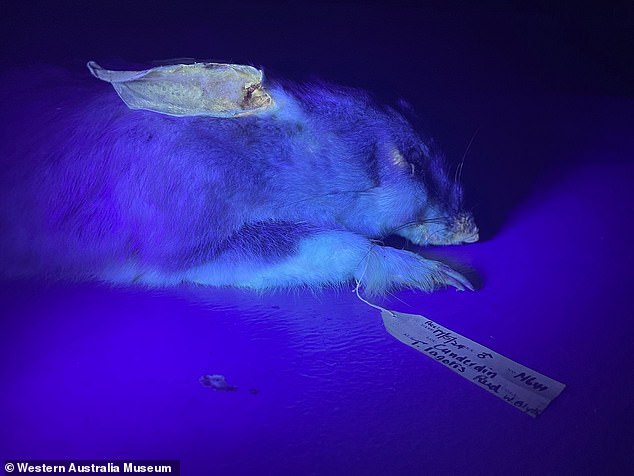 The scientists also experimented on the bilby and found their ears and tails shone brighter under the UV light.

Scientists have long known biofluorescence occurs in some insects and sea creatures.

Co-author of the study, Paula Anich, a North America squirrel researcher from the Center for Science and the Environment, Northland College in the USA, said it was an ‘amazing’ discovery. 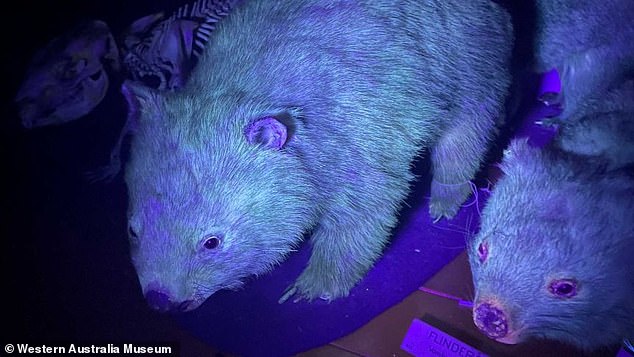 She explained the mammals’ glow could help to keep predators away.

‘It is possible that it is actually taking the ultraviolet light that is more prevalent at dusk and dawn, making it kind of disappear so that any predators that are keying in on ultraviolet light can’t see the platypus because it is kind of cloaking itself.’

Dr Travoullon concurred with Dr Anich explaining it could be so ‘they can see their species from a distance, and they can approach them because they know that it is safe to go towards that animal.’

The team at the Western Australian Museum will conduct further studies and looking into other marsupials and see if there are specific patterns with nocturnal mammals.

CHRISTOPHER STEVENS reviews last night's TV: Hallelujah for a short return of The Vicar Of Dibley

MARTIN SAMUEL: Taking the knee has never felt more vital after the gesture was booed at Millwall