The great-grandson of Sigmund Freud has revealed he’s retrained – as a psychotherapist.

David Freud is an artist and son of celebrated painter Lucian Freud but is now making his first steps into the world of psychology.

He says he is training as a psychotherapist which includes having counselling himself, something which he says helped him

His great-grandfather was Sigmund Freud – the Austrian neurologist and the founder of psychoanalysis.

David, the son of the great British painter Lucian, has spent years refining his skill as an artist. 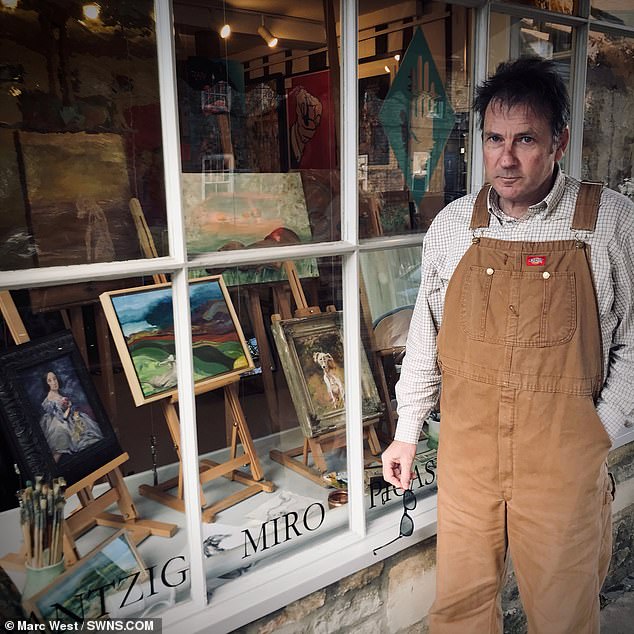 Pictured: David Freud, the great-grandson of Sigmund Freud, has revealed he is retraining as a psychotherapist and has said therapy helped him come to terms with his family’s baggage

He was speaking as he installed an exhibition of his work at Woodstock’s Dantzig Gallery, Oxfordshire, as part of its series of pop-up shows.

David has grown to come to terms with his family baggage – and has recently retrained as a psychotherapist.

He said: ‘Training as a psychotherapist included having counselling myself.

‘Counselling helped me through my break-up and transition from businessman to artist.

‘I chose art when I was 17, telling my brother Paul I was devoting myself to it even if it meant I had to live in the park.

‘He persuaded me to make some money first, to pay mum’s rent etc. Doing that and starting my own family kept me busy until I was 39.

‘It’s difficult to come out from the shadows of Lucian’s enormous fame and I never expected it but it’s happening.’

David, who grew up in Roehampton, London, admits there are disadvantages to sharing the name of such a towering figure as his father.

He said: ‘One drawback of having the Freud name is that some people see the name and make all sorts of impressions that are nothing to do with me.

‘It gets me noticed, which isn’t something I always want, but is useful now as I’m not sure if you’d be interviewing me or if my work would be such an obvious financial investment if I wasn’t a Freud. 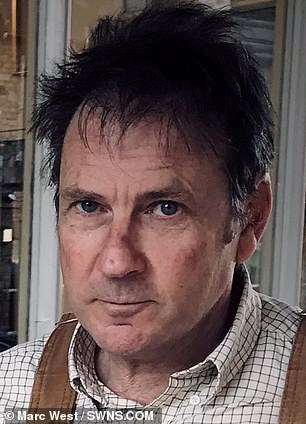 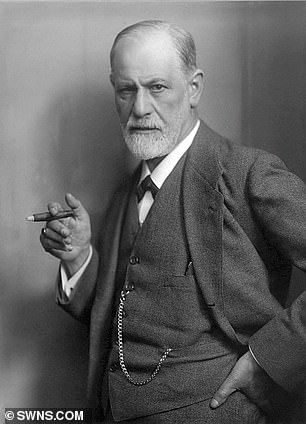 David has said, despite some upsides, the Freud name has not always been helpful during his career and has sometimes prompted people to make ‘all sorts of impressions’ about him

‘Being a Freud hasn’t had a positive effect on my family life.

‘I became an artist after breaking up with the mother of my eldest children, the famous foraging expert Fern and Artificial Intelligence PhD student Kipp.

‘It was part of a retreat from business and society after a disastrous relationship with someone I felt wanted me only for the name and what is often associated with it.’

Despite his name and family connections – David and his siblings grew up in poverty.

He added: ‘I was a shy child surrounded by secrecy about my father, embarrassed about asking my mother to borrow money from our neighbour, Mrs Khan so I could go swimming with my friends, ashamed of being poor.

‘When a friend asked where my father was I said “He died in the war”. I grew up on the Alton Estate, Roehampton, London, SW15.

‘It’s very close to Richmond Park where my breath was often taken away by the beauty of birds and majesty of wild deer.

‘I enjoyed scrumping for fruit hanging over the garden walls in nearby Barnes and East Sheen and didn’t enjoy being taken by my brother to shoplift for it. 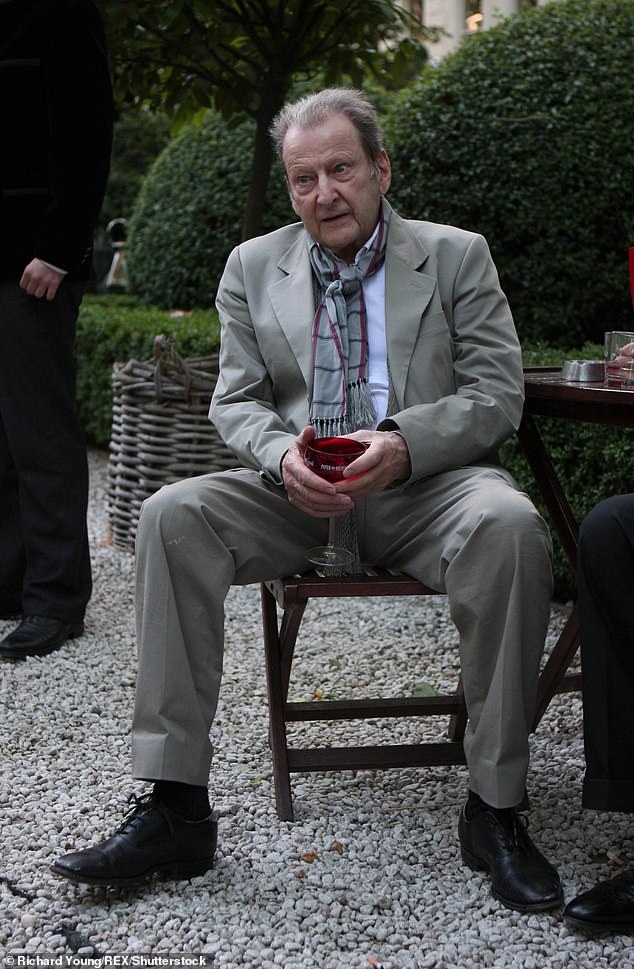 ‘We were bright enough to get free places in the best schools but without money for my uniform so we stole it.’

David has installed an exhibition of his work at Woodstock’s Dantzig Gallery, Oxfordshire, as part of its series of pop-up shows.

His show is the second in Dantzig’s series of ‘Woodstock Window’ shows, designed by gallery owner Marc West to help brighten up the town for people out taking their exercise and giving a platform to artists, while the gallery is closed.

‘Woodstock is one of my favourite places in the world,’ he said.

‘I’ve been exhibiting in Oxfordshire for 10 years having had shows at Oxfordshire Museum, Brasenose College, Oxford University and Aidan Meller Galleries. My great friend and first cousin Matthew Freud lives nearby at Burford Priory.’

It was David’s mother, Kay McAdam, who inspired him and his three siblings to take their first steps as artists.

‘My mother was a wonderful artist who’d painted backdrops in churches whilst in Catholic boarding school, and made dresses for West End theatre after St Martin’s school of art where she met my father, Lucian.

‘She said she hadn’t wanted children and left Lucian and didn’t let him know where we were because it seemed like the only way to prevent her from having a fifth child.

‘The four of us are all accomplished artists. Each one’s success benefits each other. It’s difficult to come out from the shadows of Lucian’s enormous fame and I never expected it but it’s happening.’

From Father of psychoanalysis to a Radio 1 presenter: How the Freuds kept it in the family

The family of Sigmund Freud lived in Austria and Germany up until the 1930s. Sigmund was the first of eight children born to Jacob and Amalia Freud in 1856.

He began his medical career at the Vienna General Hospital in 1882 but moved to private practise in 1886 and married Martha Bernays that same year.

The couple had six children together; Mathilde, Jean-Martin, Oliver, Ernst, Sophie, and Anna.

From 1891 until they left Vienna in 1938, Freud and his family lived in an apartment in a historic region of the capital city.

When the Nazi party took over Germany in 1933, it soon became untenable for the Freuds to remain in Austria and they emigrated to London.

Freud’s youngest daughter Anna would go on to become a celebrated psychoanalyst who performed pioneering work in child psychology.

She established the Hampstead Child Therapy Course and Clinic in 1952 – now known as the Anna Freud Centre in London – one of the most renowned centres in the country for helping children with attachment disorders.

His fourth child, Ernst, had moved to London in 1933 with his wife Lucie Brasch and three children before the rest of his family. 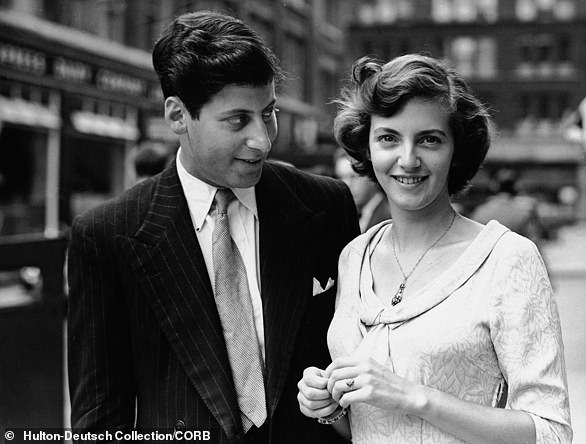 Pictured: Clement Freud with his wife-to-be Jill in 1955 with whom he had five children

His three sons – ironmonger Stephen, painter Lucian and politician and broadcaster Clement – were all made British subjects in August 1939.

Sir Clement Freud worked as a prominent chef and food writer before he became known as a TV and radio personality.

He served as an MP for the Liberal Democrats from 1973 to 1987 when he received a knighthood.

Clement died nine days before his 85th birthday in 2009. No cause of death has ever been given.

Clement had five children with wife June Flewett, a British actress and stage manager who was also known as Jill Raymond.

Their children were Nicola, Dominic, Emma, Matthew and Ashley who was an adopted nephew.

Emma Freud, who is married to British filmmaker Richard Curtis with whom she has four children, would go on to become a well-known broadcaster, presenting on Radio 1’s weekday lunchtime show in 1994.

She was appointed OBE in 2011 for her work with Comic Relief. 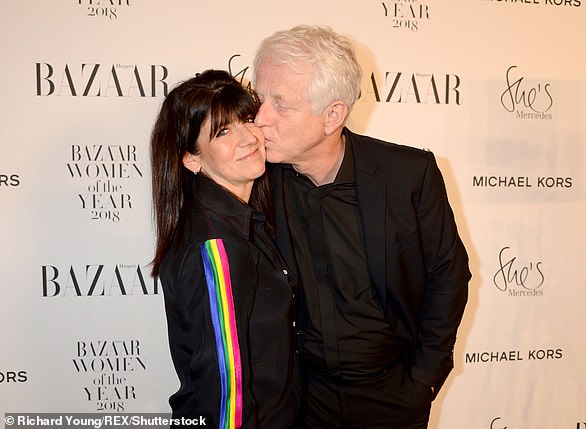 Clement died without making amends with his brother Lucian – a feud which reportedly dated back 70 years to a disagreement about a boyhood race.

Lucian, who moved to London with his family in 1933, had at least 16 children with a number of different women during his lifetime including two children his first wife Kathleen Garman.

He also had four children with Kay McAdam – one of whom was his son, the artist David McAdam Freud who is now training to become a psychotherapist.