‘I didn’t think the views could get any better!’ Astronaut shares mesmerising timelapse video of the Milky Way from the Crew Dragon Resilience spacecraft

A mesmerising timelapse video taken from the window of the SpaceX Crew Dragon Resilience spacecraft left NASA astronaut Mike Hopkins ‘blown away’ by its beauty.

The clip shows a field of black and blue stars moving across the frame and was taken by Japan Aerospace Exploration Agency (JAXA) astronaut Soichi Noguchi.

‘I didn’t think the views could get any better, then my crewmate [Soichi Noguchi] took this night timelapse from Resilience and I was blown away,’ Hopkins said.

Noguchi and Hopkins are among the ten astronauts currently on board the International Space Station, orbiting 250 miles above the Earth.

The pair shared a ride to the orbiting laboratory with two other NASA astronauts as part of the Crew-1 mission operated by SpaceX in November 2020. 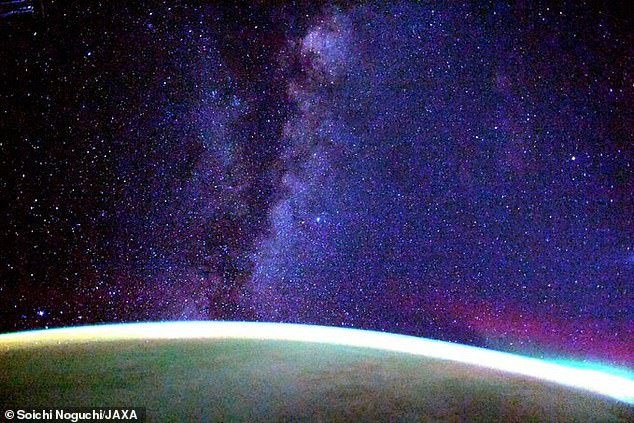 The four astronauts, including Noguchi and Hopkins had to move their SpaceX Crew Dragon Resilience capsule to make room for incoming SpaceX missions.

The Crew-1 astronauts were the first to be taken to the ISS by a commercial operator and the first from US soil since the last flight of the Space Shuttle in 2011.

Noguchi, who took the sensational video of the stars moving outside the Crew Dragon spacecraft, has travelled to the ISS three times.

His first was on the Space Shuttle, which was retired in 2011, then he flew to the station on a Soyuz spacecraft operated by Roscosmos, and finally in his latest trip became the first Japanese astronaut to fly on a commercial spacecraft.

With another SpaceX crew Dragon due to arrive at the ISS on April 22 and cargo flights due over the next few weeks, the team had to free up a docking port.

Hopkins, Victor Glover and Shannon Walker from NASA, with Noguchi wore their flight suits to move the capsule in a process that took about 45 minutes.

The reason they had to be on the Crew Dragon vehicle was to ensure that if it couldn’t re-dock there wouldn’t be more people on ISS than seats on ships to escape if there was a problem on the orbital laboratory. 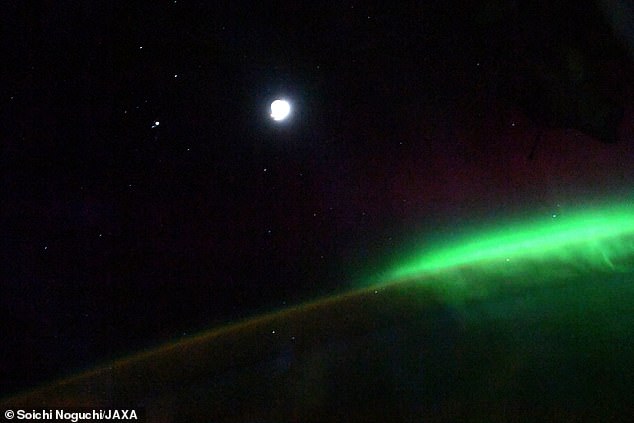 Noguchi and Hopkins are among the ten astronauts currently on board the International Space Station, orbiting 250 miles above the Earth

They will be joined by European Space Agency (ESA) astronaut Thomas Pesquet and Akihiko Hoshide from the Japan Aerospace Exploration Agency (JAXA) on April 22.

A week later, on April 28, the Crew-1 mission will come to an end when Hopkins, Walker, Victor Glover and Soichi Noguchi splash down near Florida. 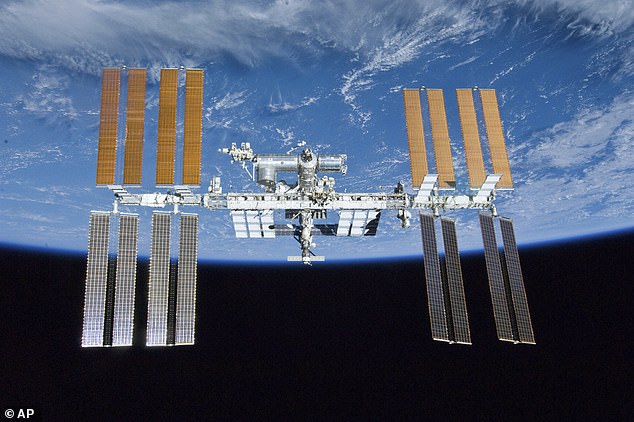 The returning Crew Dragon Resilience will be refurbished for the ‘Inspiration4 Mission’ that will take four private citizens to the ISS no earlier than mid-September.

The most recent launch for the ISS saw a NASA astronaut and two Russian cosmonauts blast off on a Soyuz rocket and dock with the station.

The International Space Station (ISS) is a $100 billion (£80 billion) science and engineering laboratory that orbits 250 miles (400 km) above Earth.

It has been permanently staffed by rotating crews of astronauts and cosmonauts since November 2000.

Research conducted aboard the ISS often requires one or more of the unusual conditions present in low Earth orbit, such as low-gravity or oxygen.

The US space agency, Nasa, spends about $3 billion (£2.4 billion) a year on the space station program, a level of funding that is endorsed by the Trump administration and Congress.

A U.S. House of Representatives committee that oversees Nasa has begun looking at whether to extend the program beyond 2024.

Alternatively the money could be used to speed up planned human space initiatives to the moon and Mars.

They ended their engagement in April this 12 months, explaining they had been 'higher as mates'...