‘Invisible force’ is believed to have dragged an submarine to the bottom of the ocean off Bali, killing 53 sailors

The submarine that sank off the coast of Bali killing 53 sailors may have been hit by an invisible force that dragged the vessel to the bottom of the ocean.

Indonesian defence force officials believe an internal solitary wave was responsible for the sinking of the KRI Nanggala 402 last Wednesday.

The wave is an underwater surge that occurs when two different ocean depths meet resulting in powerful and dangerous pulls and pushes.

Authorities said an intense internal wave was recorded off the coast of Bali last Wednesday morning, the same time the submarine disappeared.

‘Our suspicion falls on natural conditions. Because an internal solitary wave occurred at that time in the north of Bali,’ the submarine’s former commander Rear Admiral Muhammad Ali told Indonesian media. 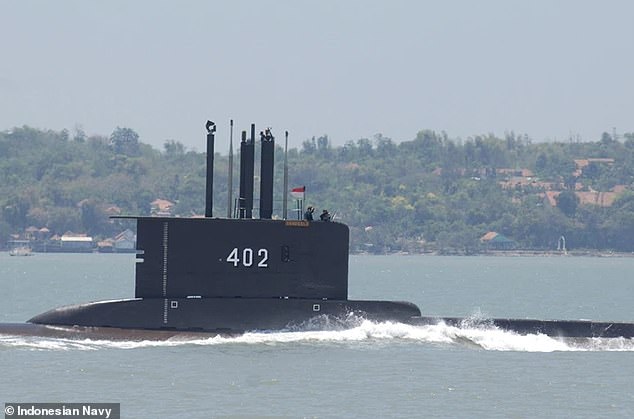 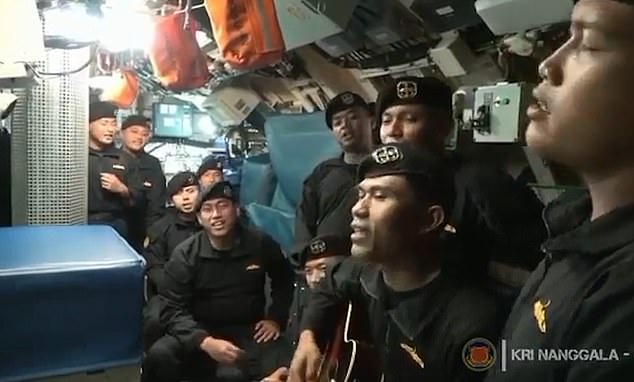 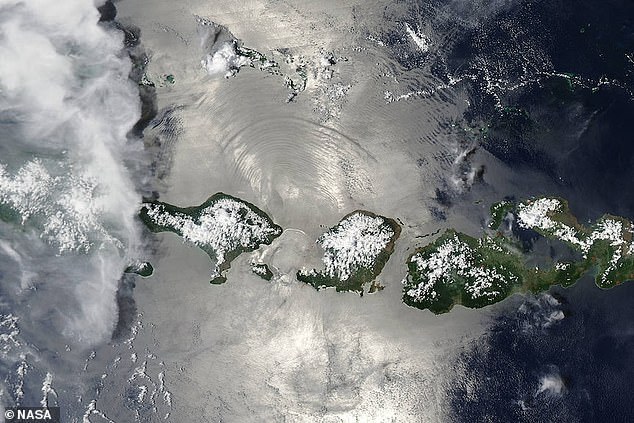 Search and rescue teams found an oil slick and debris in the area hours later before underwater scans confirmed the sub had sunk and split into three parts.

Experts were split over the cause, some suggesting the sub was attacked by foreign forces and others believing an electrical blackout occurred.

Indonesian authorities rejected any possibility of the submarine being overloaded, saying that despite the 30-bed vessel holding 53 sailors the crew would work in shifts, taking turns to sleep.

The vessel was redesigned to be able to cater to the larger crew and was carrying only four of its eight missiles.

Officials are now confident the incident was the result of internal waves, which are common in the area off Bali.

NASA said these waves ‘tend to combine about every 14 days to create an exceptionally strong tidal flow’. 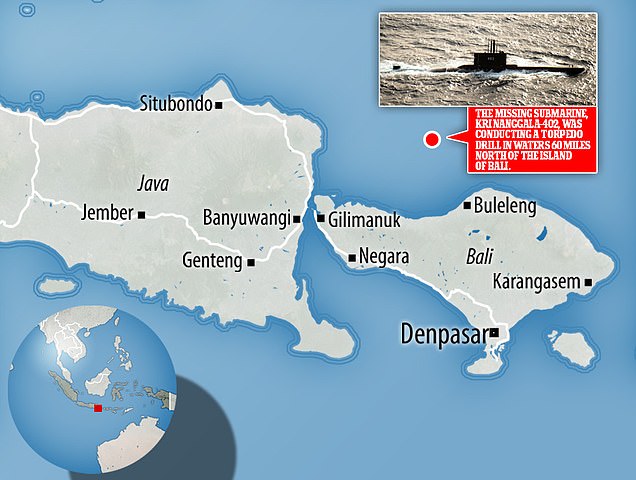 The submarine was conducting a torpedo drill in waters 60 miles north of the island of Bali on Wednesday, but failed to relay the results as expected 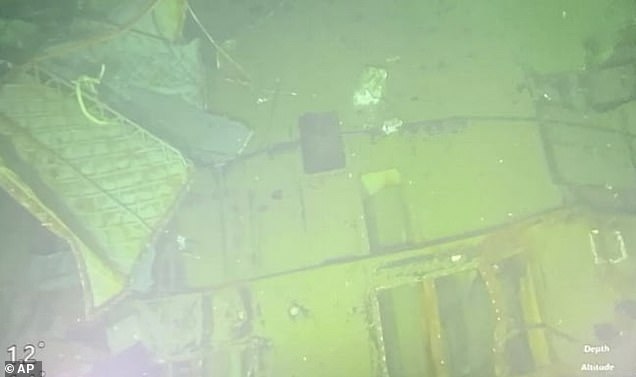 Indonesian defence officials said images from a Japanese satellite confirmed large underwater waves were present in the area at the time of the KRI Nanggala 402 sinking, moving a huge mass of water that the vessel couldn’t handle.

‘It moved up from the bottom to the north, and there’s a trench between two mountains,’ commander of the Indonesian Navy, Rear Admiral Iwan Isnurwanto, said.

Another admiral said the incident was ‘nature’s will’.

The navy is investigating how it can retrieve the submarine and the bodies of the crew, but the depth makes it extremely difficult.

The sub’s missiles may be damaged and fragile to exploding, and moving the 1,300 tonnes of metal back to the surface would require an expensive and tough exercise.

The families of the crew demand Indonesia at least bring their bodies back to surface. 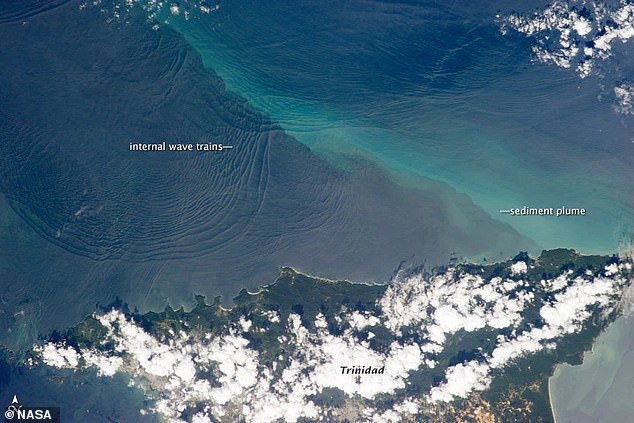 Internal waves occur when deep water meets shallower seas, causing a huge shift in tides and massive movement of water (as seen off the coast of Trinidad)