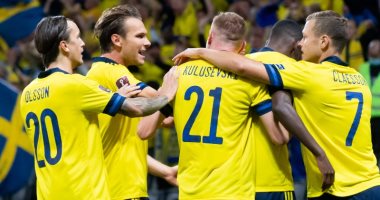 Sweden beat Spain, 2-1, in the match between the two teams, Thursday evening, at the “Friends Arena” in Solna, as part of the fourth round of Group B of the European qualifiers for the 2022 World Cup..

Spain coach Luis Enrique excluded from the list of Matador, young midfielder Pedri, the Barcelona star, after he had a two-week break due to stress as a result of matches last season, and his participation in the European Nations and then the Tokyo Olympics..

Spain entered the match with the following formation.

The Spanish national team list witnessed the absence of all Real Madrid players, so Enrique continued to exclude the royal team players, as he did in the recent Euro 2020 tournament, in addition to the injured Sergio Ramos, Paris Saint-Germain defender, while the Swedish team missed the veteran star Zlatan Ibrahimovic, AC Milan striker. Next Sunday, Spain will face Georgia, and then Kosovo on Wednesday.

Border Crisis and the Role of the Biden Administration

How to plan your wedding step by step.. to avoid problems and stifles

5 common causes of hair loss, including alopecia and stress