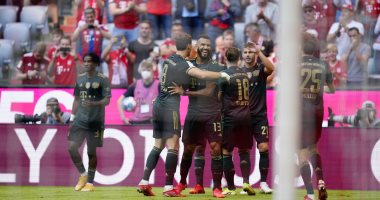 Bayern Munich defeated its guest Bochum 7-0 in the match that brought them together on Saturday evening, at the Allianz Arena, as part of the fifth round of the “Bundesliga” competitions for the current season 2021-2022.

With this result, Bayern Munich took the lead in the German League with 13 points collected from 5 matches, while its rival, Wolfsburg, runner-up with 12 points, stumbled against Eintracht Frankfurt on Sunday evening, while Bochum’s balance stopped at 3 points in the seventeenth and penultimate place.