Sydney cenotaph: Man arrested for ‘vandalising monument’ with his mates apologises to ‘all diggers’


A young man who allegedly climbed a cenotaph memorial with his mates and posed inappropriately with the soldiers has issued an apology to Australia’s diggers for having ‘one too many drinks’.

CCTV footage showed the alleged vandals clambering onto the heritage-listed First World War monument in Martin Place in Sydney’s CBD about 3.10am on Saturday.

Five young men have been charged after a bronze bayonet on the memorial was found bent out of shape during a memorial service on Saturday.

On Monday afternoon, three men – aged 19, 20 and 21 – turned themselves in to Sutherland Police Station, in the city’s south, and were charged with desecrating a protected place.

A fourth man, 21, was charged with offensive conduct that afternoon, and a fifth, 21, was arrested two hours later. 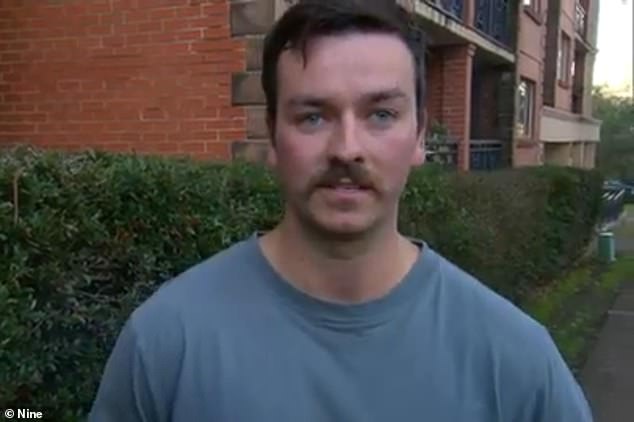 Pictured: Josh Gilbertson, who said he would like to apologise to Australia for allegedly vandalising Sydney’s Cenotaph memorial in the early hours of Saturday morning

Pictured: Two of the young men charged over the CCTV footage. Five young men have been charged after a bronze bayonet on the memorial was bent out of shape

He was charged with destroying or damaging property and committing an offensive act on a war memorial, and was granted conditional bail.

The 21-year-old will appear before Downing Centre Local Court on June 28.

The remaining four men will appear before Downing Centre Local Court on June 30.

NSW Police Minister David Elliott described the act as disrespectful on Sunday and vowed to ‘leave no stone unturned’ when looking for the culprits.

Josh Gilbertson blamed the vandalism he is accused of on having too much to drink and said he wanted to ‘apologise to Australia’.

‘One too many drinks and before I knew it the boys were up there and I just decided to follow,’ he told 7News. 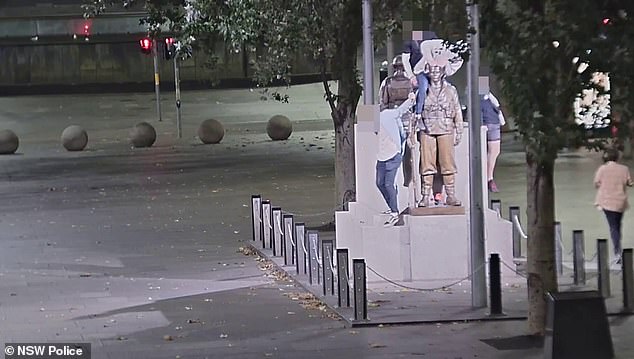 One of the men, dressed in a hooded jacket, is seen in the footage allegedly sitting on the shoulders of the bronze statue while the others climb up the sides of the cenotaph

‘To all the diggers that served our country, I’m very thankful for what you’ve done.

‘If I could turn back time, I wouldn’t do it again of course.’

CCTV of the crime showed one of the men sitting on the shoulders of the bronze statue, while the others allegedly climbed up the sides of the cenotaph.

The incident was condemned by police, veterans, and NSW Premier Gladys Berejiklian.

Ms Berejiklian said the people involved in the incident would face the ‘full force of the law’. 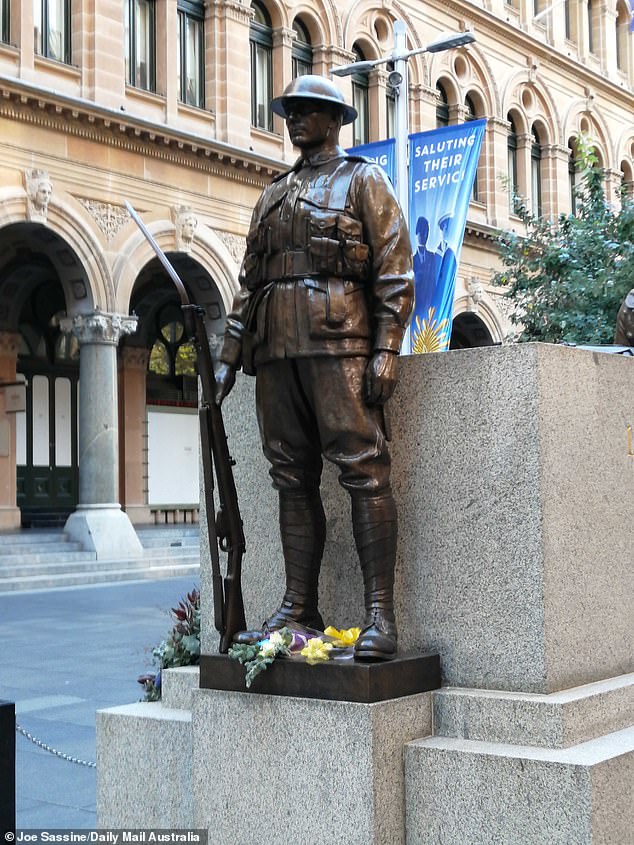 Police said the bayonet of the statue at Martin Place was damaged just before 3.10am on Saturday

‘It’s incumbent on us to make sure that every single Australian citizen is aware and grateful for the sacrifices made by our ex-servicemen and women.’

‘I don’t know what type of sick individual would knowingly create such unnecessary anxiety among the defence family by showing such disrespect for our memorial. It’s criminal and morally bankrupt,’ he said.

‘It’s a personal attack on all members of the community,’ he said.

The cenotaph consists of a granite pedestal and is guarded by two bronze statues – one of a soldier and the other a sailor.

The memorial was erected to honour the brave Anzac soldiers who had fought and died for their country.

The location of the memorial holds immense significance as many Australians enlisted for the war at Martin Place. 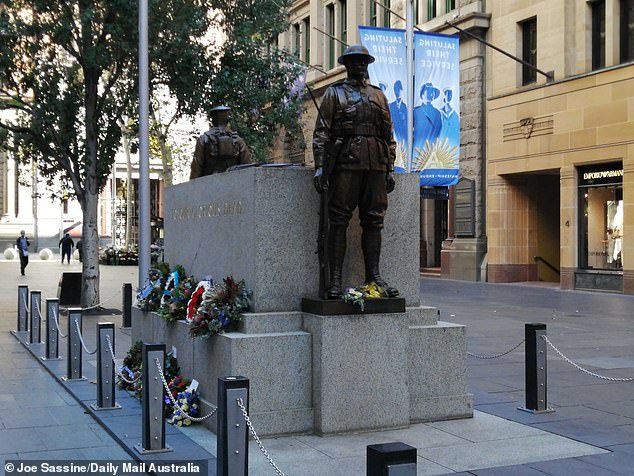 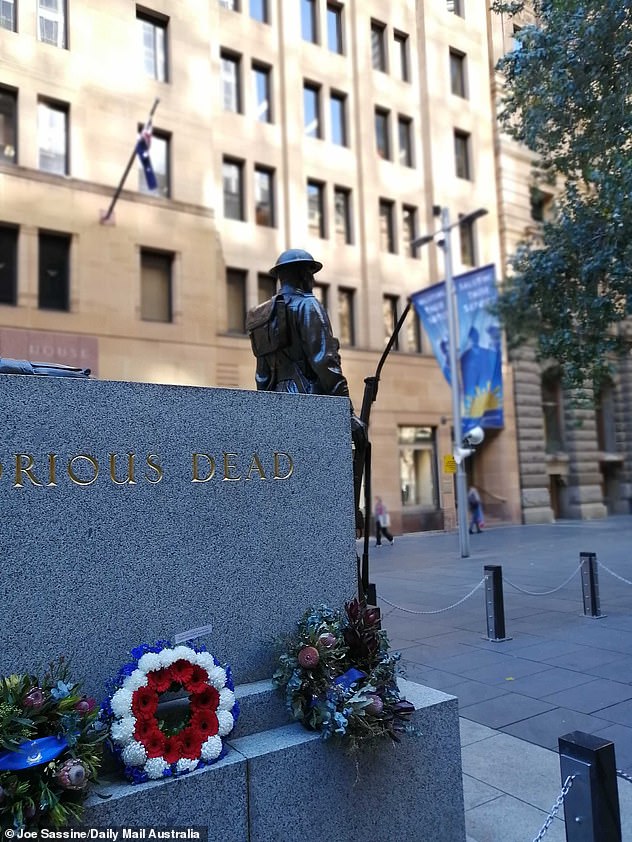 Today it is used as a centrepiece for memorials to remember all soldiers who have served their country.

It is not the first time the cenotaph has been disrespected with a French tourist caught swinging on the bayonet in 2013.

CCTV footage captured the tourist placing a cone on the head while his friend took photos on his phone.

The incident sparked outrage and the tourist was forced to issue a public apology.

A four-year-old has died in tragic kayak accident

Poll: One-third of Russians want to welcome the New Year with Vladimir Zhirinovsky