A horrifying map has revealed the danger areas under threat from a devastating bushfire which has already claimed at least 71 homes as thousands of residents flee for their lives.

More than 200 firefighters are bracing for worse conditions as the blaze in Perth‘s north-east burns out of control for a third day after it flared up at Wooroloo near the Perth Hills earlier this week.

Six firefighters have been injured battling the ferocious blaze, which is now four times the size of Rottnest Island.

A bushfire emergency warning was issued early on Wednesday morning for residents in more than a dozen areas, including the City of Swan district.

Lives are also under threat with residents in a 25km stretch between Wooroloo and Walyunga National Park told it’s now too late to leave. 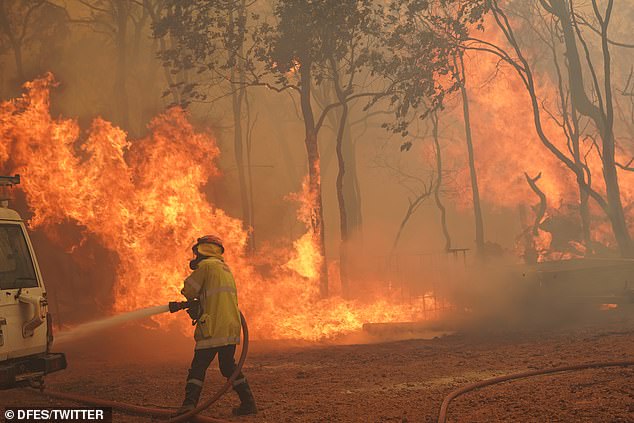 A raging bushfire continues to burn out of control in Perth’s north-east with conditions expected to worsen on Wednesday. Pictured is a firefighter battling the Wooroloo blaze

‘You are in danger and need to act immediately to survive. There is a threat to lives and homes,’ an Emergency WA alert states.

Residents in surrounding areas of the emergency warning zone, and who are not prepared to fight the fire, have been urged to leave immediately.

A total fire ban is in place on Wednesday with 35C-plus temperatures forecast as firefighters battle the Wooroloo bushfire in extreme terrain and conditions.

The WA Department of Fire and Emergency Services shared terrifying footage of the raging bushfire.

‘Erratic fire behaviour fanned by strong winds continues to challenge crews on the frontline who are protecting what they can & putting containment lines in place,’ the department tweeted. 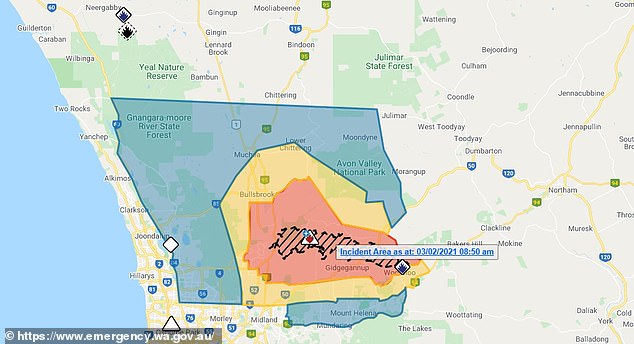 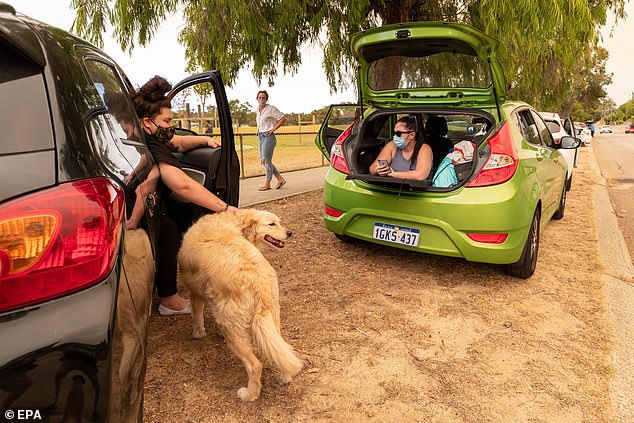 Residents in high-risk zones have packed up their cars and pets and fled their homes, which are now under threat. Pictured are evacuees in their cars at the Brown Park Recreation Complex evacuation centre in Perth on Tuesday

‘Tragically, 59 properties have been lost in this fire, and that number may increase as we continue to assess the extent of the damage,’ he said late on Tuesday, before that number soared to 71.

Around 2000 residents and businesses were left without power on Tuesday afternoon with 150 poles and 100 transformers down in the fire scar area, Western Power said.

The state’s electricity provider was not able to safely access the fireground to repair the damaged infrastructure and restore power, but was working with the Department of Fire and Emergency Services to remove damaged power lines and poles.

A large aerial tanker is en route from NSW to help battle the blaze and the prime minister had been briefed on the situation.

‘Please do everything you can to keep you and your family safe and look after each other.’ 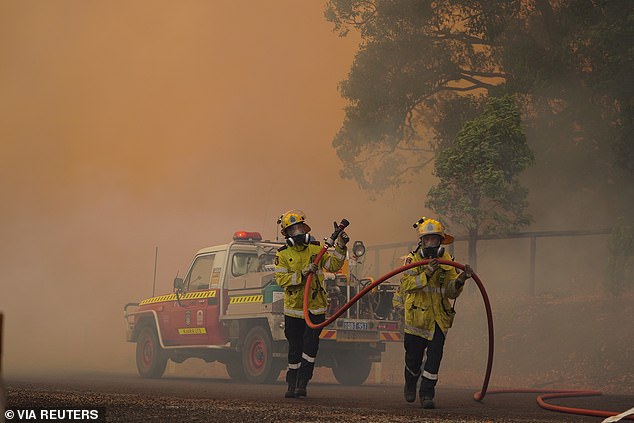 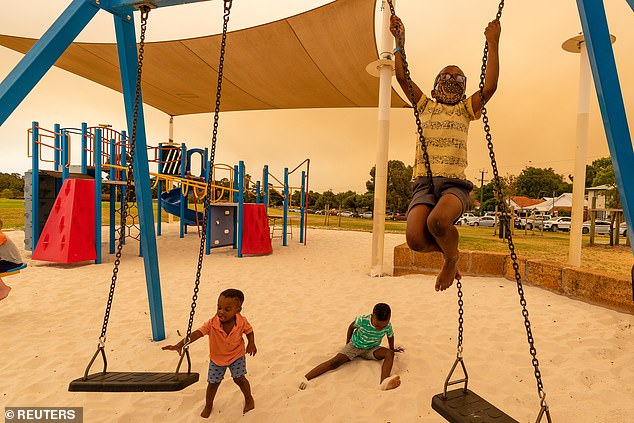 Ellenbrook residents fled their homes under threat from a raging bushfire. Pictured are children playing at the Brown Park Recreation Complex evacuation centre

In Gidgegannup, the Coghill family recalled the horror of watching the home they built more than two decades ago burn to the ground on Monday night.

They were forced to seek refuge in their pool as the blaze ripped through the home, which couldn’t be saved.

Firefighters arrived an hour later but it was too late.

Their home was among the 80 per cent of all properties in the rural area of Tilden Park in Gidgegannup that were lost.

‘The smoke was so strong and it just felt like really … I had a moment of panic because I felt like I can’t breathe properly,’ Louise Coghill told the West Australian.

‘While I was in the pool watching our house burn, I was like “OK, we are not going to die, that’s OK”.

‘I am so relieved to be alive that even though it’s the terrible, terrible thing that we’ve lost our family home and my parents have lost our memories, but watching it burn really put it into perspective as opposed to being away from the house and then coming back.’ 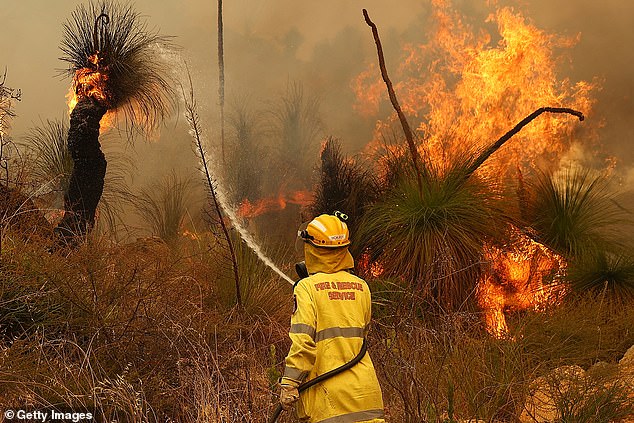 The bushfire in Perth’s north-east has already destroyed 59 homes. The loss of property is expected to rise on Wednesday as conditions worsen

Dubai cracks down on tourism industry as Covid-19 cases surge

Cypriot president defends himself in the "golden passport" case