Bachelor star Cassie Randolph has spoken out for the first time after her ex Colton Underwood revealed he was struggling with his sexuality during their turbulent year-long relationship that ended in stalking and harassment claims.

While she did not comment on Colton directly – it was clear the 25-year-old reality star has been reading the outpouring of supportive messages she has received since his coming out story broke.

‘Thank you to everyone for the kind comments and messages,’ Cassie wrote on her Instagram Stories Friday alongside a heart emoji – while also taking the opportunity to link to her YouTube channel. Clearly needing some time away, Cassie informed fans that she had ‘decided to take the week off’ amid Colton’s news. 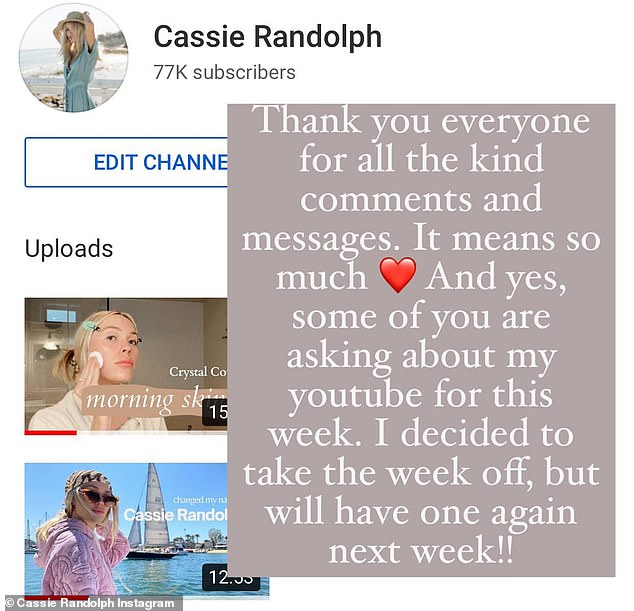 Thankful after taking time out: The Bachelor’s Cassie Randolph breaks her silence after ex Colton Underwood comes out… as she thanks fans for the ‘kind comments and messages’

Earlier this week, Cassie posted a video on Instagram from a luxury resort in Cozumel, Mexico, where she is currently vacationing with her bestie Lin Salas and other friends.

The star won season 23 of The Bachelor in 2019 and accepted Colton’s final rose.

But despite romantic beginnings, Colton, 29, became Cassie’s worst nightmare when he allegedly began stalking her, harassing her and her friends using fake phone numbers and even planted a tracking device in her car, according to court documents. 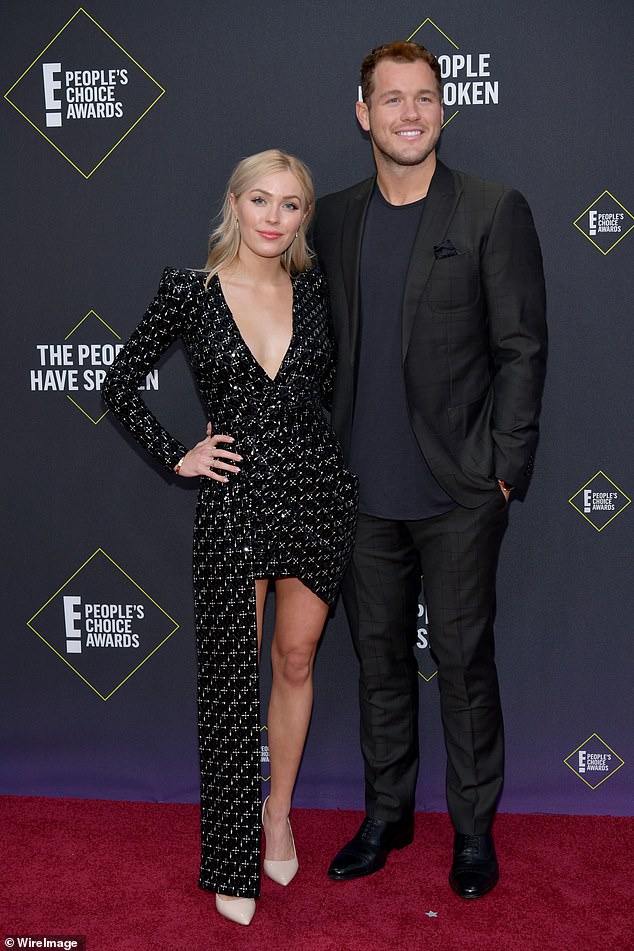 No more: Randolph, 25, escaped to Mexico with friends following her breakup from Underwood, 29 (the pair pictured in 2019)

Adding another twist to their ill-fated relationship, the Bachelor star revealed in a bombshell interview on Tuesday that he had been confused about his sexuality the whole time during their relationship that lasted over a year and ended in May 2020.

Colton, 29, wrote in his autobiography that he questioned whether he was gay as early as grade school, and had been struggling with his emotions. He told Good Morning America that despite his sexuality he was in love with Cassie during their relationship and apologized to her during the interview. 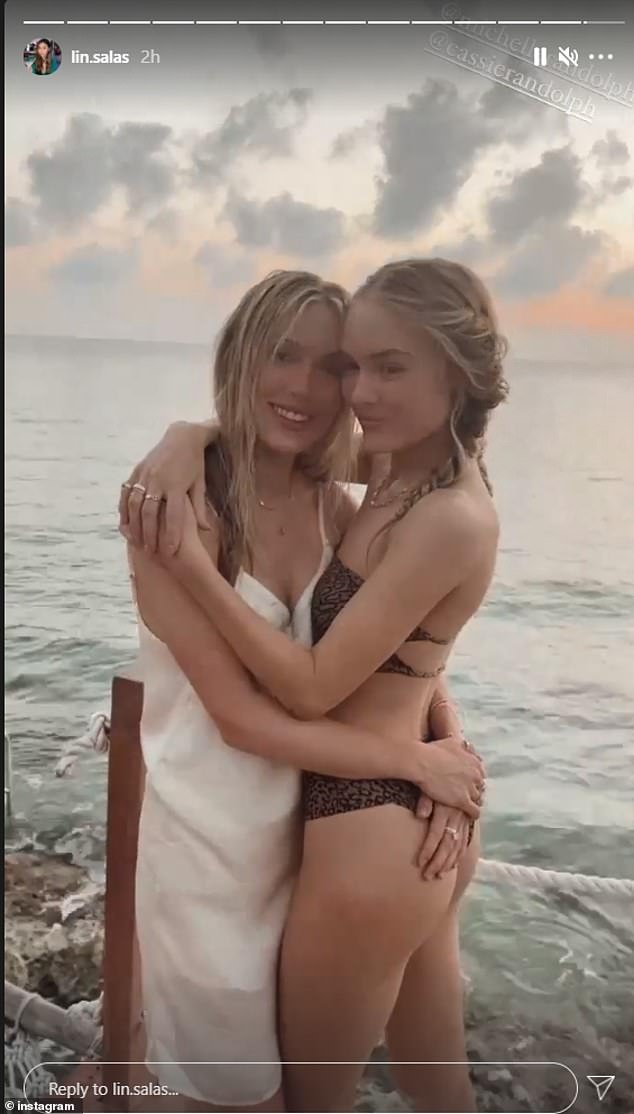 Cassie Randolph, right, joined her sister and friends for a Mexico trip after her ex Colton Underwood came out as gay 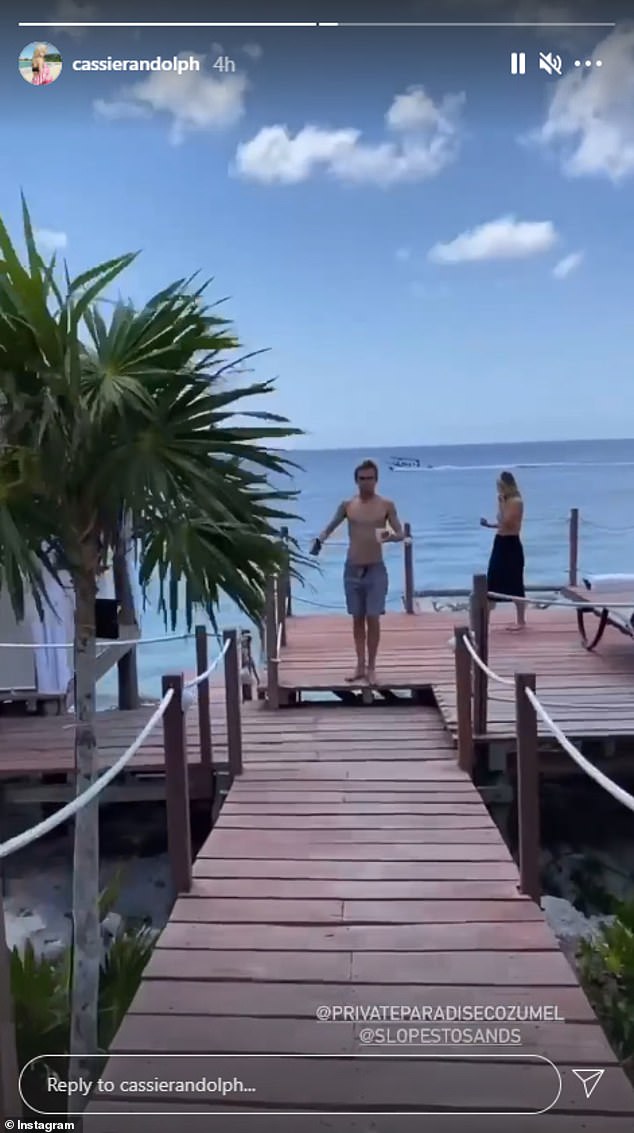 On her trip to the Mexican island less than two weeks before her 26th birthday, Cassie posted a video following her brother Landon walking down from a wooden balcony to a jetty and into clear blue Caribbean water at Private Paradise Villa.

Her best friend and fellow Biola University graduate Lin also posted pictures this week from a cabana at the resort, sipping skinny margaritas with Cassie, her husband and friends, and enjoying dawn yoga sessions – though Cassie did not brave the early morning to join her seeing the sun rise over the Caribbean Sea.

In her Instagram story on Thursday, Lin wrote that she is ‘forever ignored by the group chat about working out in the morning’ and shared the sea view from her ‘morning movement session’ yoga class. 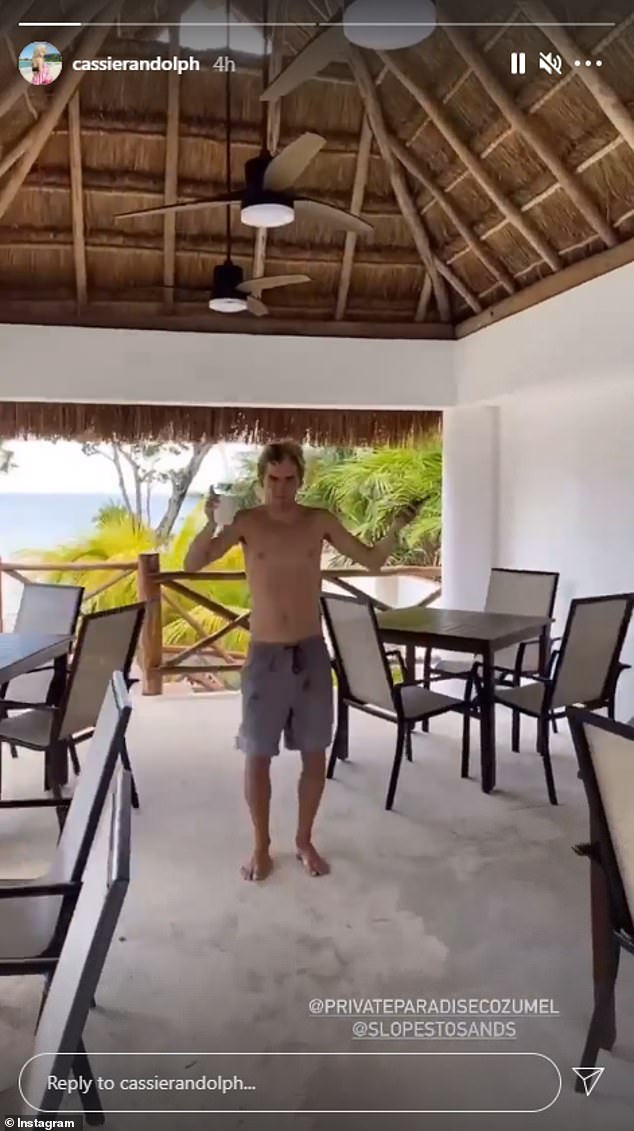 Randolph showed their expansive villa, with the garden beneath and the path to the sea

The resort’s website says it ‘blurs the lines between a luxury mega-villa and a theme park resort’ and boasts of a ‘250 feet long water slide – with Rock & Roll sound and light-show – that travels through the house’.

Though Cassie appears to be putting the debacle behind her and relaxing on her Cozumel vacation, a source close to her said that the Randolph family are concerned Colton’s alleged disturbing behavior last year – detailed in a restraining order she filed against him in September – is being forgotten amid the celebration of his coming out.

In a September 11 court filing, Cassie’s lawyer wrote Colton ‘goes on multiple walks a day to Ms. Randolph’s apartment building’, spied on her to catch other male visitors, was spotted in an alley outside her parents home at 2am, and ‘used alias phone numbers to anonymously send harassing text messages at all hours of the day to Ms. Randolph and to her friends.’ 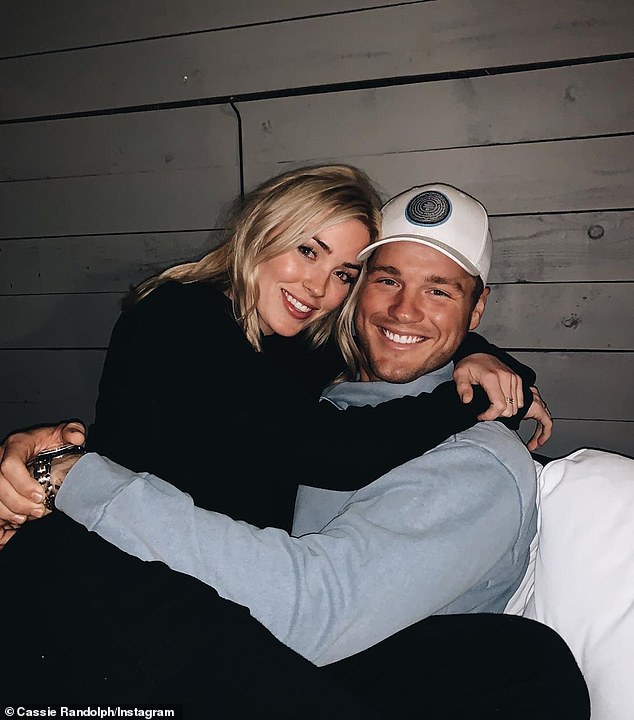 Randolph and Underwood in an Instagram picture, in which she announced their split

The restraining order application claims Colton at first pretended he was also receiving the messages, then later admitted to sending them himself.

According to the documents, Cassie even found ‘a tile tracking device taped to the bottom of the back bumper of her car,’ which allegedly Colton admitted to planting when she confronted him. 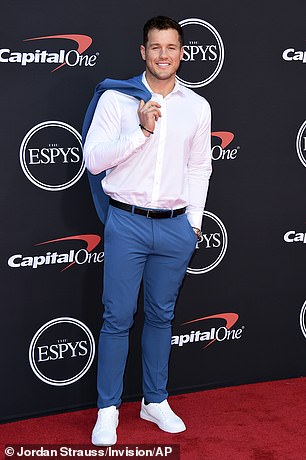 Underwood on Tuesday came out as gay

‘Because of the history of his behavior (which escalated from harassing and obsessive calls and messages, to obsessive walks to her apartment complex, to loitering outside her window at parents home at two (2) in the morning, to placing a tracking device)… Ms. Randolph fears for her safety and the safety of her family and friends,’ the filing said.

Screenshots of texts Colton sent to Cassie included in the filing showed the couple’s turmoil.

‘You would ditch Linda in a second if a new ‘opportunity’ came up,’ the Bachelor star wrote.

‘Because your a selfish person who isn’t ready to be loved,’ Colton wrote. ‘I spent two years loving you the best I could and now I’m sitting here feeling like a fool. You’ve hurt me beyond words. I’ve always done nothing but be there for you and you still disrespect me all the time.’ 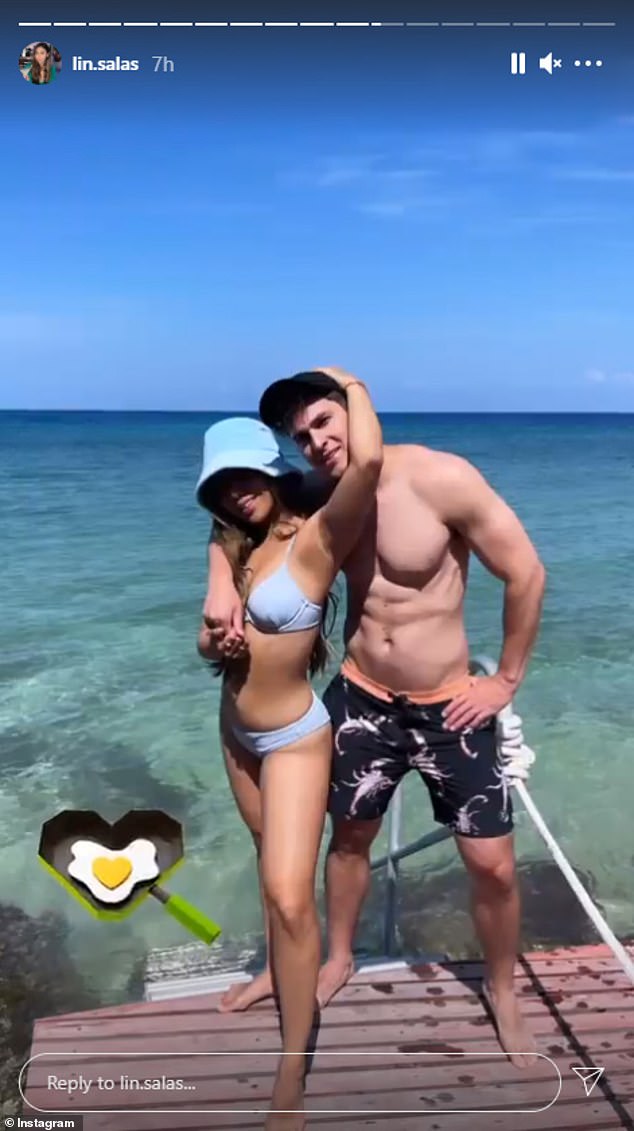 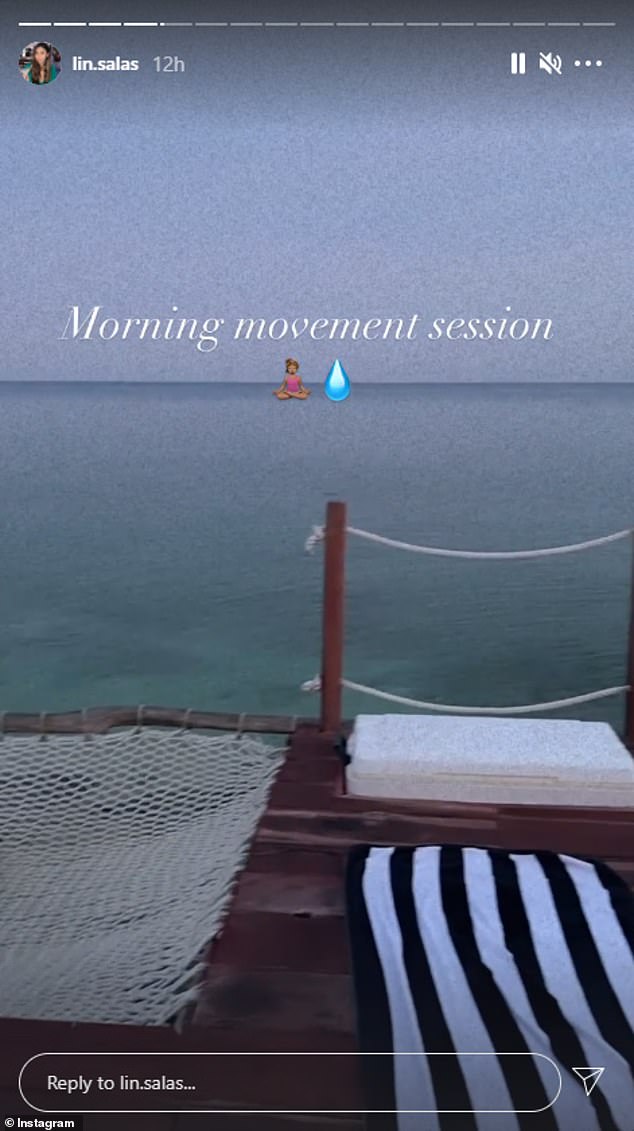 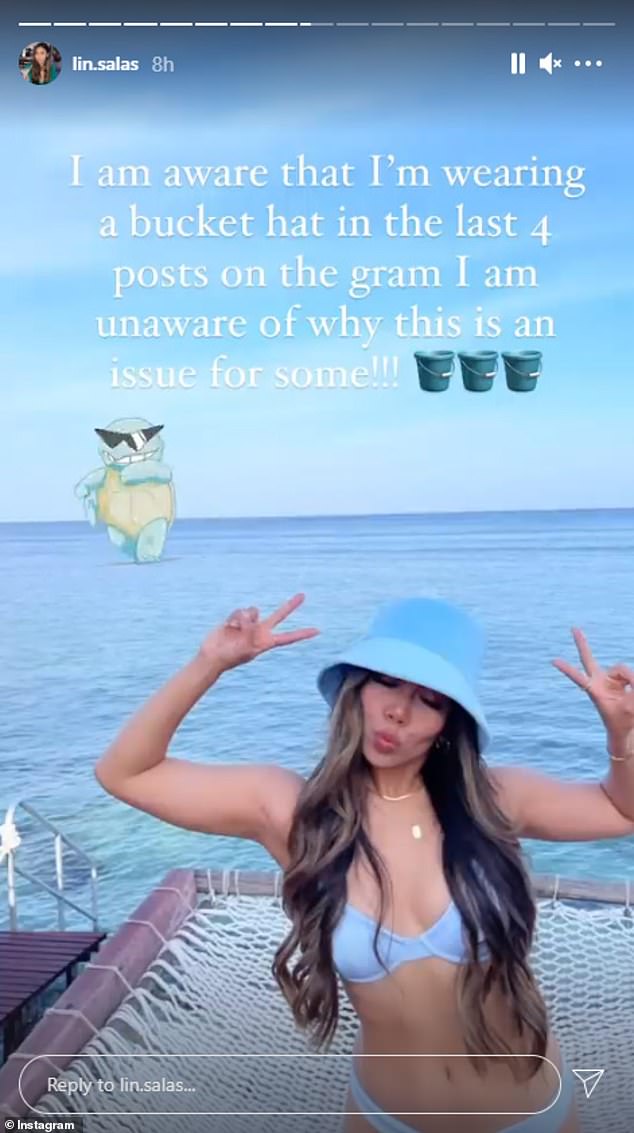 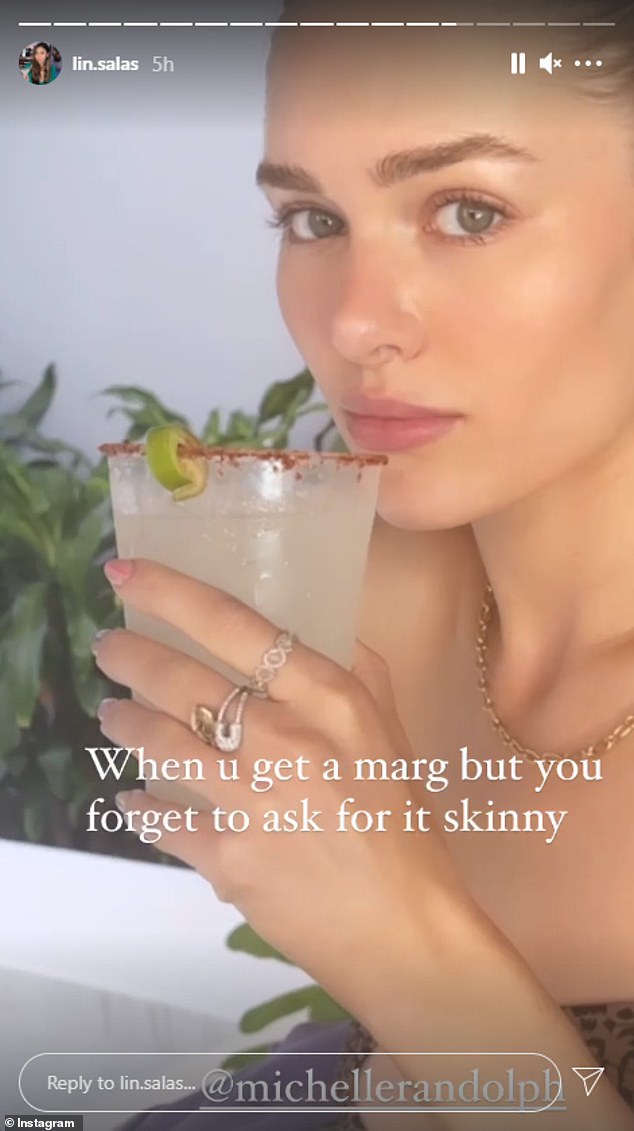 Michelle Randolph, Cassie’s younger sister, was on the trip with the rest of their friends

In another text in the documents, Colton wrote: ‘I am sober. I also lived the toxic path for nearly 2 years.

‘Reflecting back on all the red flags I ignored [throughout] our relationship is what’s killing me… I promise I’m not crazy.’

And in texts Colton allegedly admitted sending from fake numbers, he wrote: ‘Hi Cassie. You like playing games huh? Let’s play some games then. Let’s just say we used to be family friends. Be young. Have your good time… you’ll have nothing but regrets later with how you treat people.’

Colton allegedly also texted Lin from a fake number in an apparent attempt to drive a wedge between the two friends, writing: ‘You think you know Cassie? You do know she’s just in this for fame?’

The former couple settled out of court in November, and Colton apologized in his GMA interview on Tuesday. 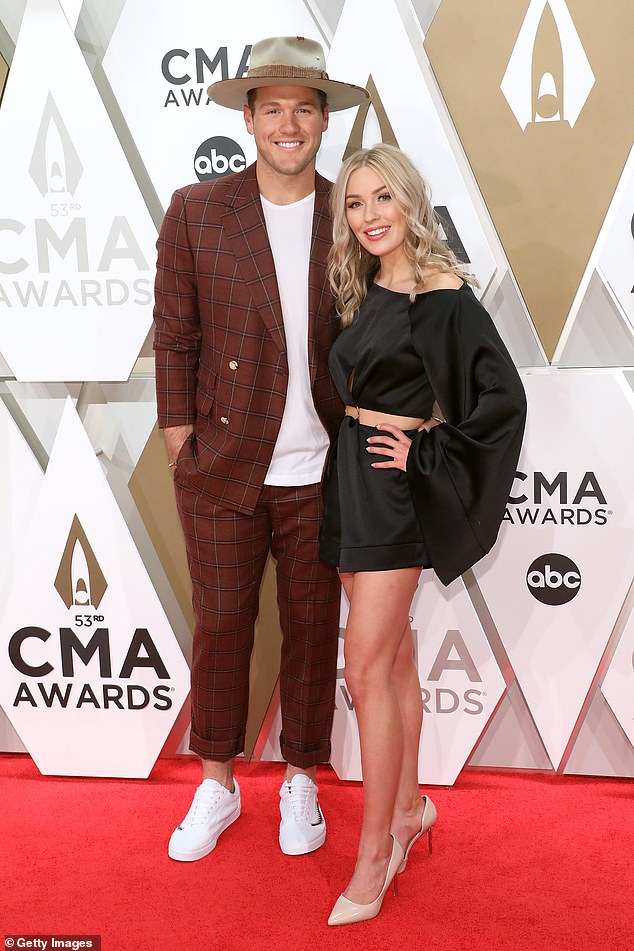 Underwood and Randolph at the CMAs in November 2019 in Nashville

‘I would just say that I’m sorry from the bottom of my heart,’ the Bachelor star said.

‘I’m sorry for any pain and emotional stress I caused. I wish that it wouldn’t have happened the way that it did. I wish that I had been courageous enough to fix myself before I broke anybody else.’

Colton received an outpouring of support after his shock revelation of his sexuality – though some fellow reality stars noted the impact the news might have on his ex.

Cassie may have got a tip for her luxury getaway from fellow Bachelor contest Demi Burnett, who also posted on her Instagram from the luxury Cozumel villa five weeks ago.

Burnett told The Sun Colton needs to be ‘held accountable’ for his behavior towards his ex before he is ‘celebrated’ for coming out.

‘I know how that feels and I’m very proud of him for that. But I do want to make sure everyone respects Cassie who has gone through a lot and been very hurt by Colton,’ she said.

‘I know she would never have filed that restraining order unless she had no other choice. It must’ve been terrifying for her.

‘And I don’t want anyone to forget about that. We can praise Colton for being brave and coming out but he needs to be held accountable for what he did to Cassie.’