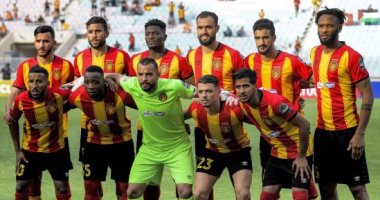 Radio “Mosaique FM” reported that FIFA prevented Esperance Sports Club from making deals during the Mercato, due to an amount of 16,000 Tunisian dinars.

Tunisian radio indicated that this amount Anniversary of the transfer of Ghanaian striker Khaled Abdel Basset from Macedonia Stubi to Esperance last January, during the winter transfer season.

The radio indicated that the Esperance club administration is currently working on completing the administrative procedures for transferring the required amount, which, with confirmation of its arrival, will lift the ban on assignment by FIFA..

This comes after the Algerian player, Ab Raouf bin Ghaith, decided to unilaterally terminate his contract with Esperance, which led to the The Tunisian club published an official statement on its official page on social networking sites, in which he said: “The player Abdel Raouf bin Ghaith informed the club’s management of the termination of his contract unilaterally, and he left the team on Monday.“..

The Esperance statement added: “In the face of the arbitrary and illegal decision of this sudden decision, the club’s management decided to resort to the competent authorities to defend the rights of the club against the player and against any team found to have incited him to this act.“.

The Algerian player is the second player to terminate his contract with Esperance recently, after right-back Hamdi El-Naqaz, who Zamalek wants to restore.

How does a vegetarian diet affect reducing infection with the Corona virus? study clarifies