The English Premier League .. a negative tie between Arsenal and Norwich in the first half 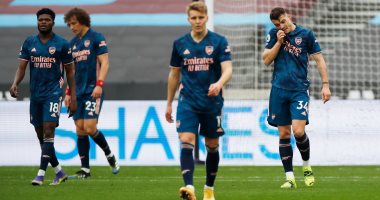 The events of the first half of Arsenal’s match against Norwich City ended in a goalless draw between the two teams, at the Emirates Stadium in the fourth round of the English Premier League for the current season 2021-2022.

And coach Michael Arteta announced the formation of Arsenal as follows:

Arsenal suffered a loss in all of its first three matches in the English Premier League, and its players did not score any goals, to occupy the bottom of the standings table without a balance of points, with a goal difference from Norwich City, today’s competitor, which occupies the 19th and penultimate place.

Arsenal is missing in today’s match, the efforts of the Egyptian international Mohamed Elneny due to injury, in addition to the captain, the Swiss Grant Chaka, who was suspended, after he was sent off in the Manchester City match in the last round.

While Arsenal will restore the services of Ghanaian Thomas Partey, Edward Nketiah and defender Gabriel after their return from injury, in addition to defender Ben White, who has recovered from infection with the Corona virus.

After breaking her leg, a Russian singer returns to the stage thanks to a friend’s gift of half a million dollars “Photos”

Super foods for recovery after Corona… and when do you need nutritional supplements?

Super foods for recovery after Corona... and when do you need nutritional supplements?