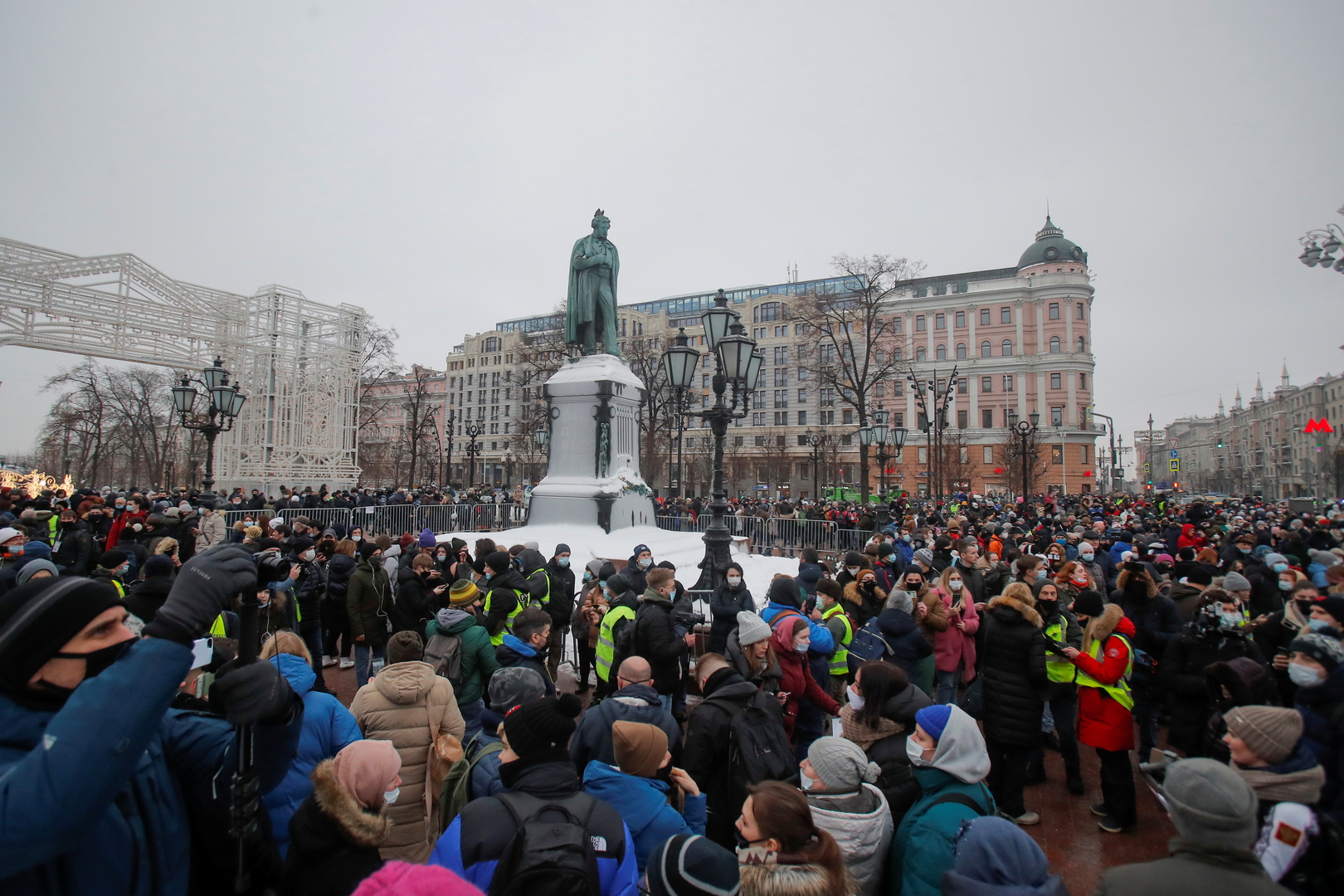 The in charge of children’s affairs in Moscow, Olga Yaroslavskaya, announced that all minors detained during unauthorized demonstrations in Moscow, yesterday, Saturday, have been released and returned to their families.

The Commissioner for Children in Russia, Anna Kuznetsova, stated that about 300 teenagers were arrested during the gatherings in a number of Russian cities, including about 70 in Moscow, and about 30 in Saint Petersburg.

The Kremlin had earlier expressed its refusal to invite children from some parties to go out and participate in gatherings, and asked parents to protect their children.

Yaroslavskaya, in charge of the defense of children’s rights in Moscow, expressed her categorical rejection of “the participation of children in political games.”

Yesterday, Saturday, Moscow and other Russian cities witnessed rallies called by supporters of Russian activist and opposition Alexei Navalny, in which hundreds of children and minors participated.

US Media: The Biden administration is in the process of ending the long-term detention of immigrant families

The New York Times: 1.3 million people passed through America’s airports on Sunday, the most since March 15

Spain prohibits entry to those coming from Britain, except for citizens and residents

Swiss cases and deaths continue to fall this week