Tragic death of young boy with autism, 11, after he had a seizure in his sleep


A young boy affectionately known as ‘Jetty Spaghetti’ to his loved ones has died after having a fatal seizure in his sleep.

Jett Somerhayes-Nixon, 11, who lived with autism and Lennox-Gastaut syndrome, a rare type of epilsepy, suffered a small seizure before bedtime on Sunday while spending the weekend with dad Danny and his partner Maylee on the Gold Coast.

His father gave him kisses and cuddles and put him into bed, but after falling asleep, he never woke up.

He passed away during the early hours of Monday morning after having another seizure. 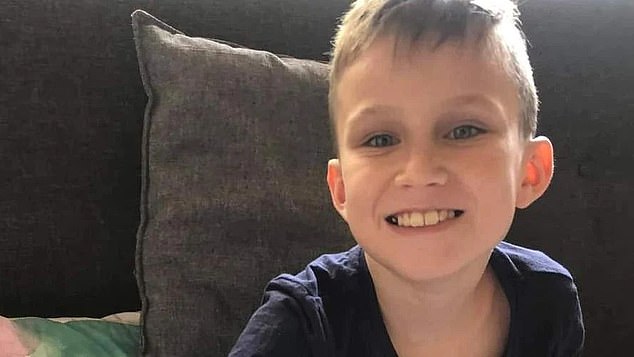 Jett Somerhayes-Nixon, 11, (pictured) tragically died in his sleep during the early hours of Monday morning

Jett’s mother Julie Somerhayes, who had last seen her ‘baby’ four days earlier when dropping him off with his father, was camping on the Sunshine Coast on Monday.

As she was unreachable by phone, a friend drove three-and-a-half hours up the coast to find her and deliver the heartbreaking news.

Jett is believed to have died from Sudden Unexplained Death in Epilepsy, which occurs in 1 in 4500 children.

The exact cause it not known but breathing disturbances and dangerous heart rhythms caused by seizures are believed to be possible factors.

Lucy Somerhayes, Jett’s aunt, said her nephew was the ‘brightest soul’  who was adored by all around him.

‘He has the biggest personality, absolutely crazy and would sing songs, dance and leap about the room. Jett was such an amazingly special boy,’ she told the Gold Coast Bulletin.

‘Jett was like a five-year-old in his mind, and my three-year-old and him were best friends, they’d play on the trampoline, swim in the pool and were just always laughing. 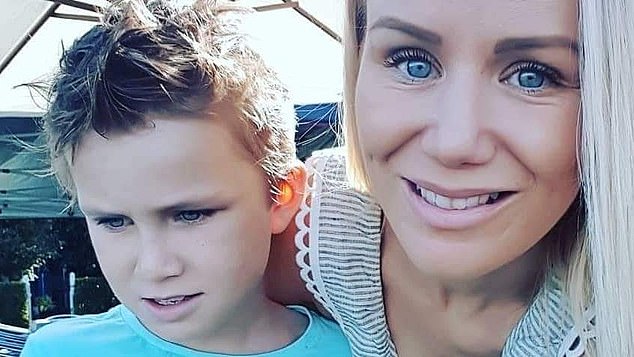 ‘He was just a little tripper and the stuff he’d come out with was so funny, inappropriate, but funny.’

His grief-stricken family had believed Jett’s epilepsy, which saw him have 50 to 60 drop seizures a day last year, was under control.

Over the past four months, he had not had any major seizures, which had previously left him constantly in hospital with injuries and required him to wear protective head gear while at school.

Despite his health battles, his aunt said his positive attitude never wavered, always carrying a ‘massive smile’ on his face and a ‘sense of humour’.

Ms Somerhayes said Jett meant the world to his older sister Sienna, 13, and his unexpected death has left his mother ‘beyond devastated’.

She said Jett was her little ‘wing man’ as the pair were just as ‘crazy’ as one another.

As for his dad, Jett was his ‘little bro’, and Maylee had a soft spot for the sweet little boy, Ms Somerhayes said.

A GoFundMe page set up to help support the family with ‘Jetty’s funeral costs has so far raised $24,390.

‘We already miss you Jetty Spaghetti. May you continue to rave in paradise,’ she said. 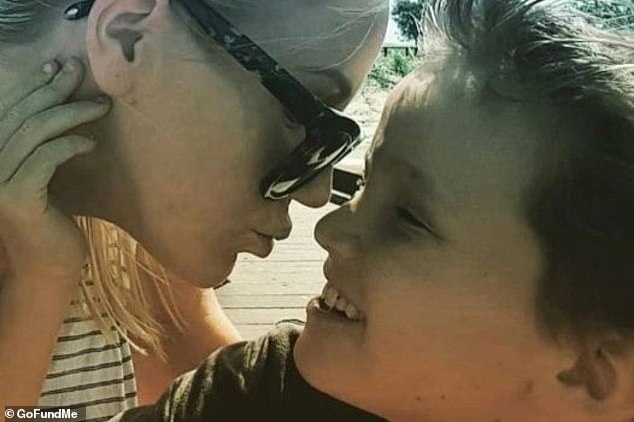 A GoFundMe page has been launched to help give Jett the ‘send-off he deserves’. Pictured: Julia and Jetty

How to buy Microvision stock after MVIS fell 10% Thursday morning