Two-bedroom home sells just SIX hours after it was listed thanks to Instagram – as Sydney home prices rise an average $1,156 a DAY

By Levi Parsons and Stephen Johnson For Daily Mail Australia

A two-bedroom home that was promoted on Instagram has been snapped up just six hours after it went up for sale.

The property in Scarborough, north-west Perth, was shared on the app by Davey Real Estate agent, Daniel Caccamo, at 3pm on Thursday, March 11 after an ad was posted to his Scarborough Local page at about 2pm.

Within an hour of posting the Instagram story he received a direct message from the friend of an eager buyer. 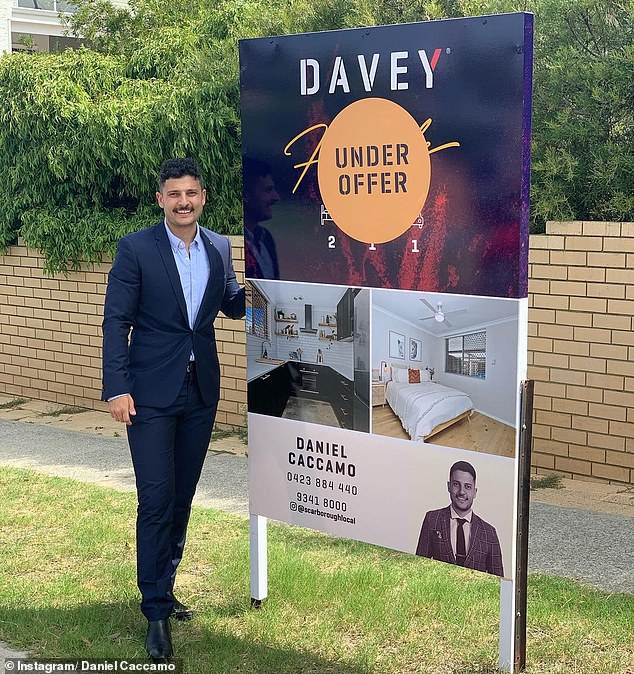 A two-bedroom house which went up for sale on Instagram has been snapped up in just six hours. Pictured: Davey Real estate agent Daniel Caccamo

‘I got a direct message on Instagram about the property at 4pm from someone who was looking for a friend of theirs, I got in contact with the buyer at 4.10pm and sent through the offer and acceptance contract at 5pm,’ he told Perth Now.

‘I received the contract back at 6pm and we had the offer signed off at 8pm.’

The purchase was completely sight unseen with the investor never stepping foot inside the property before buying it.

This time the selling price of the well-presented home at 1/31 Joyce Street was not revealed but Mr Caccamo said it exceeded the seller’s ‘wildest dreams’.

Perth’s real estate sector has been booming in the wake of the coronavirus with exceptionally quick sales in the Stirling Times area becoming increasingly common. 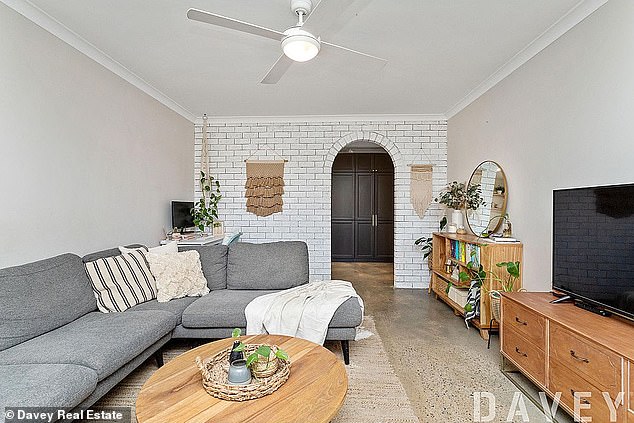 Within an hour of posting the Instagram story he received a direct message from the friend an eager buyer. Pictured: The two bedroom home’s lounge room

Perth was last year the second worst state performing or territory capital and house prices which fell below the peak of 2014.

Despite that, SQM Research is expecting the West Australian capital’s property prices to surge by up to 15 per cent this year.

That is based on a sunny scenario where the Covid vaccine roll-out in the first half of 2021 went better than expected, employment boomed as JobKeeper wage subsidies were phased out and state border closures ended. 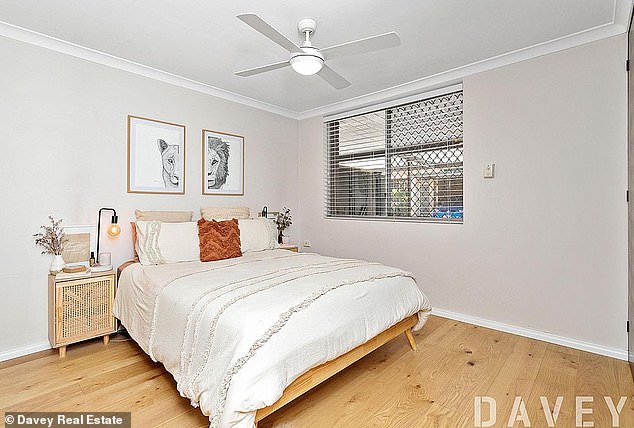 The purchase was completely sight unseen with the investor not stepping in the property before buying it. Pictured: One of the property’s bedrooms

Perth also has a tight rental vacancy rate of just 0.9 per cent which Mr Christopher forecast would feed into house price increases, even if that didn’t happen in 2020.

‘It has been a little surprising to see such a surge in rents and yet it has not yet properly transferred into a new housing boom,’ SQM Research said.

‘Given the no vacancy sign is now out, it is likely we will see an accelerated rise in housing prices as frustrated renters turn to buyers.’

It’s set to be the biggest monthly increase in property values since the 1980s, and is due to low interest rates, The Australian reported.