The US will take in around 50,000 Afghan refugees and spend up to $2,275 on each for housing, food and sending children to school.

A State Department official told Bloomberg the Biden administration has set aside the funds to help tens of thousands of Afghans fleeing from the Taliban resettle in America over the next few months.

The department is also exploring with Congress the possibility that evacuees will be given access to federal benefits such as Medicaid, the official said.

Department of Homeland Security Secretary Alejandro Mayorkas said in a press briefing Friday that at least 50,000 Afghan evacuees are expected to be resettled in the US following the Taliban takeover.

This number includes US citizens, lawful permanent residents, visa holders, people who have applied for special immigrant visas (SIVs) and other Afghans who are most at risk under Taliban rule such as journalists and aid workers. 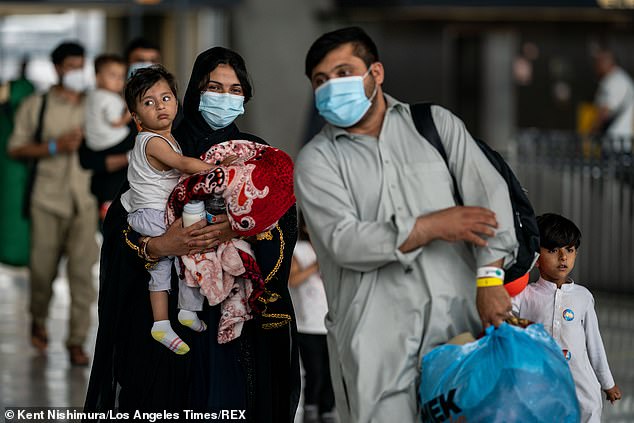 The US will take in around 50,000 Afghan refugees and spend up to $2,275 on each for housing, food and sending children to school. Pictured evacuees who fled Afghanistan walk through the terminal to board buses at Dulles International Airport on August 31

Former Delaware Governor Jack Markell has been tasked with leading the resettlement process of those evacuated to the US.

Around 200 private agencies have also been brought on board to help get eligible Afghans resettled as quickly as possible.

Thousands of evacuees are being granted entry to the US under humanitarian parole, which admits them on an emergency basis.

Once on US soil, evacuees on this program have one year to apply for a permanent visa to stay.

A resettlement director told Bloomberg that plans are in place to give these evacuees federally funded health insurance until the end of September.

Mayorkas said Friday the relocation efforts are part of the US’s ‘enduring commitment’ to the people who worked with or helped the US during its 20 years of war in Afghanistan.

‘Our commitment is an enduring one. This is not just a matter of the next several weeks,’ he said. 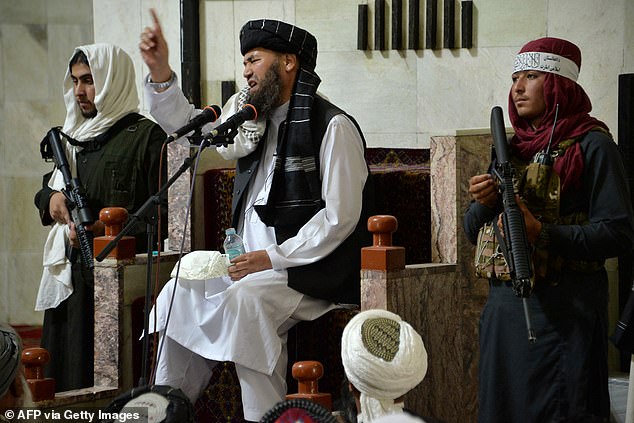 Armed Taliban fighters stand next to a Mullah, a religious leader, speaking during Friday prayers at the Pul-e Khishti Mosque in Kabul Friday 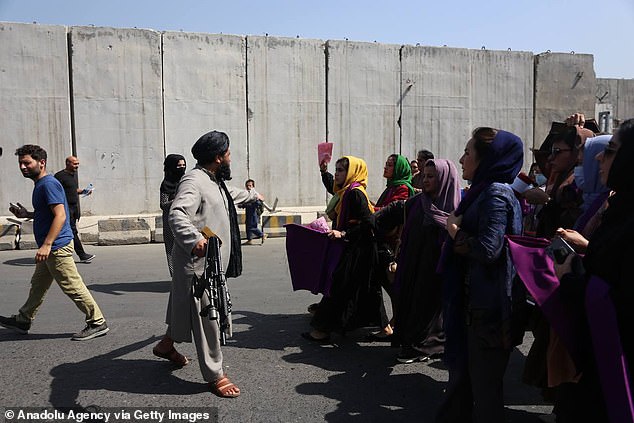 ‘We will not rest until we have accomplished the ultimate goal.’

The US has ‘a moral imperative to protect them, to support those who have supported this nation,’ he added.

Mayorkas said the 50,000 figure was an estimate which could become greater and is not to a particular deadline.

Around 40,000 evacuees have already made it through security vetting and arrived in the US, including US citizens or permanent residents.

Federal data obtained by CBS News shows around 25,600 were being housed at US military sites as of Friday.

Eight military sites across five states of Virginia, Wisconsin, New Mexico, New Jersey and Indiana are being used as temporary housing for the evacuees. 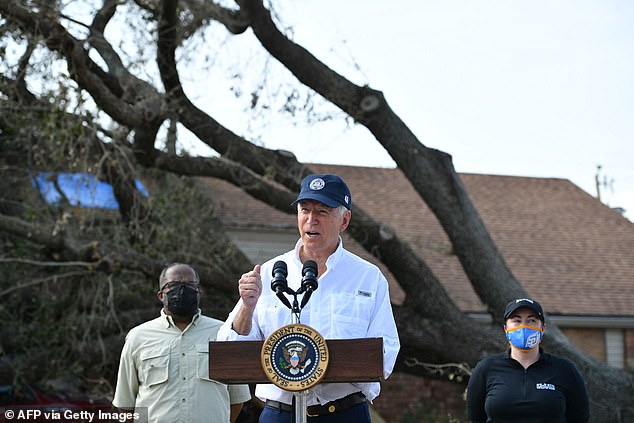 A State Department official told Bloomberg the Biden administration has set aside the funds to help tens of thousands of Afghans fleeing from the Taliban resettle in America over the next few months. Joe Biden visits Louisiana Friday after Hurricane Ida devastated the state

The sites are expected to be able to collectively take in 50,000 people by September 15.

An unknown number of people who helped the American government in its two-decade war in Afghanistan didn’t make it out before the US’s last evacuation flight on August 31.

Many are now living in fear for their lives under the Taliban rule. 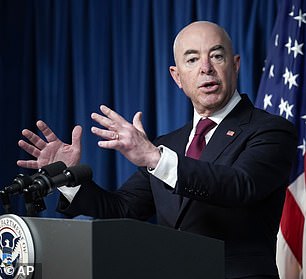 Department of Homeland Security Secretary Alejandro Mayorkas (pictured Friday) said at least 50,000 Afghan evacuees are expected to be resettled in the US

The Taliban has claimed it will not retaliate against people who worked with Western allies and has said it will not be returning to the hardline restrictions seen two decades ago including a lack of women’s rights.

However, last month, RHIPTO Norwegian Center for Global Analyses reported that militants were already going door-to-door to hunt for ‘collaborators’ of the US or Nato.

The UN also said it had received credible reports of ‘summary executions’ of civilians and Afghan security forces who had surrendered to the Taliban.

Several reports have also surfaced that the Taliban is trying to access and official files left behind during the US’s withdrawal to identify and track down Western allies.

An employee of the former government told Reuters the Taliban asked him in late August to preserve the data held on the servers of the government ministry he used to work for.

‘If I do so, then they will get access to the data and official communications of the previous ministry leadership,’ the employee said.

The employee said he did not comply and has since gone into hiding with Reuters not identifying the man or his former ministry out of concern for his safety.