VIDEO: Call of Duty player is robbed at gunpoint in real life while live streaming the game


A real-life shooter! Gamer is robbed at gunpoint as he plays Call of Duty and the terrifying moment is captured on his live stream

This is the moment a video gamer was robbed at gunpoint while he played Call of Duty on live stream.

Footage from Helio Negreiros’s computer screen shows his character shooting down enemies in the game, while  – in real life – an armed figure appears behind the 36-year-old in his own home.

The live stream captured the man grabbing Negreiros by the neck and pointing a handgun at his temple.

The two men burst into the rural property in the Brazilian municipality of Vinhedo, in Sao Paulo province, searching for money and valuables on June 1.

Mr Negreiros was busy shooting enemies – and wearing headphones – as he live streamed on his YouTube channel, so he did not notice the two gunman enter. 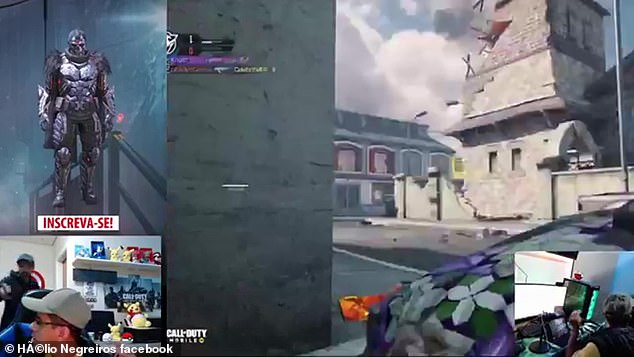 Helio Negreiros, inset bottom left, was playing Call of Duty and streaming the game live when one of the men appeared behind him brandishing a gun at his home in Vinhedo, Sao Paulo 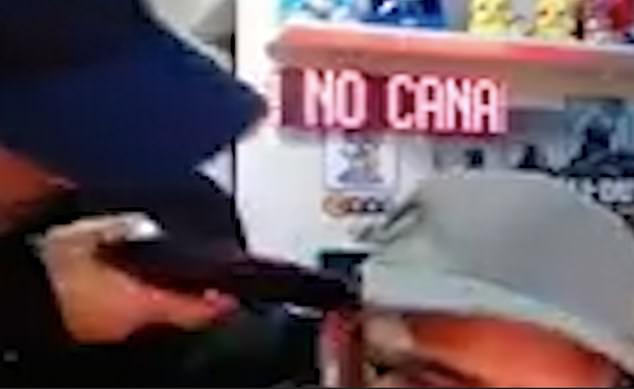 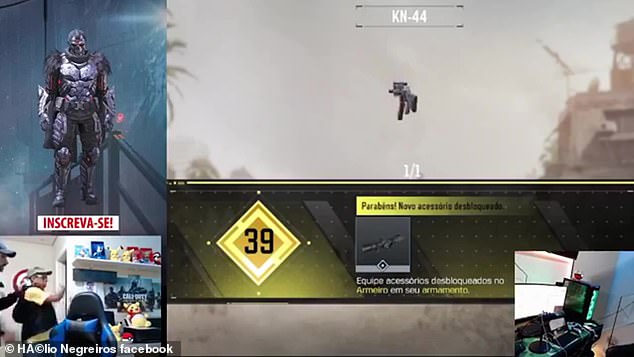 Mr Negreiros’ live stream captured the moment he was led away from his computer before being shut in another room while the two raiders stole electronic devices, cash and jewellery 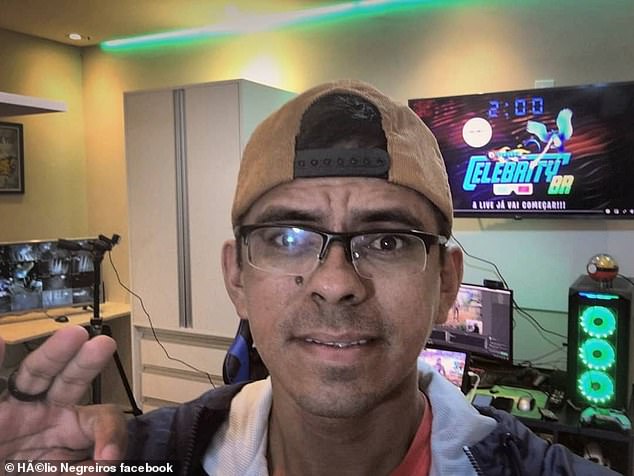 Speaking after the robbery, Mr Negreiros said he was most concerned about this pet dog

Footage shows him turn in surprise when he realises the intruder is behind him. before being walked out of the room at gunpoint.

The robbers held him another room while they stole items from the property. He managed to call the police who appeared and broke down the door about 40 minutes later.

Afterwards, Mr Negreiros said he was most concerned about his pet dog who could be heard barking frantically in the background of the video.

A CCTV camera also captured the raiders carrying off some electronic devices during the raid.

He said: ‘I’m just not going to rest until everyone involved is behind bars.

‘All social media, military and local police are with me helping to unravel the mystery.’

He added: ‘If I hadn’t been calm in the extreme, I could have lost my life.

‘However, what I cared most about was my pet, Lilly Pinscher.’ 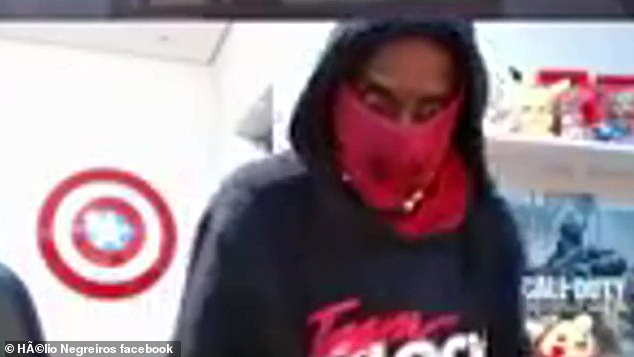 A nearby property was also targeted by the two men. A female resident, who wished to remain anonymous, told local media how they entered the house and demanded money.

In addition to the woman, a couple and four children were in the property at the time of the break-in.

‘In the end, they ended up taking a load of things from the house, but what they really wanted was money.’

According to the police, the men entered both properties by cutting a hole in the surrounding fences.

The police are investigating both cases.