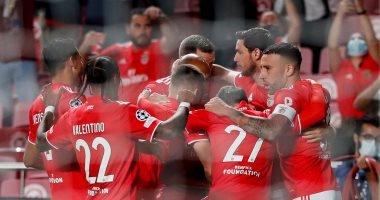 Yesterday, Wednesday, a large number of matches were held in various stadiums in the world, most notably the confrontations of the second round of the Champions League group stage in the current season 2021-2022, most notably the fall of Barcelona against Benfica of Portugal with three goals, and Manchester United’s 2-1 victory over Villarreal.

The Italian team Atalanta snatched an important away victory at the expense of its Swiss host, Young Boys, with a score of 1-0, during the match that brought the two teams together, Wednesday, at the “Joyce” stadium, in the second round of the group stage of the European Champions League.

The only goal of the match was scored by the Italian international star Matteo Pesina in the 68th minute of the match.

With this result, Atalanta leads the Group G table with 4 points from a victory and a draw, while Young Boys is in second place with 3 points.

The Russian Zenit team achieved a great victory over its Swedish host Malmo, by four goals, in the match that brought the two teams together, at the “Gazprom Arena”, as part of the second round of the eighth group matches of the group stage of the Champions League.

The first half ended with Zenit advancing with a goal scored by Brazilian Claudinho in the ninth minute.

In the second half, Daler Kozaev added Zenit’s second goal in the 49th minute, before Alexei Sutomoren scored the third goal in the 80th minute, then Wendel concluded the goals of the Russian team in the last minute.

Barcelona fell to its host Benfica, with three goals, in the match that brought the two teams together at Al-Nour Stadium in the second round of Group E of the group stage of the European Champions League for the current season.

In the second half, Portuguese international Rafa Silva added Benfica’s second goal in the 69th minute, before Nunez returned and scored the third goal in the 79th minute from a penalty kick.

Manchester United beat Villarreal, Spain, 2-1, in the match that took place between them on Wednesday evening at Old Trafford, as part of the second round of Group F of the group stage of the European Champions League in the 2021-2022 season.

The Italian team, Juventus, achieved a difficult victory at the expense of its guest, Chelsea, with a score of 1-0, during the match that brought the two teams together, on Wednesday evening, at the Allianz Stadium, in the second round of Group H of the group stage of the Champions League for the current season 2021-2022.

The only goal came through team star Federico Chiesa in the 46th minute, the first minute of the second half, in a quick attack that the Italian national team scored in the net after only 10 seconds from the start of the second half, and this goal is the fastest goal for Juventus in the second half of the Champions League matches. Europe.

The French team Lille fell to its host Red Bull Salzburg (2-1) at the Red Bull Arena, in the second round of the group stage of the Champions League.

The hosts scored two goals from the young German Karim Adeymi in the 35th and 53rd minutes from two penalty kicks.

The goal to save the face of the French team came by Turkish striker Burak Yilmaz in the 62nd minute.

In this way, Salzburg leads with a total of 4 points, while Sevilla is in the runners-up with two points (from two draws), with the same balance as the third Wolfsburg, who beat Lille last, who has one point in his pocket.

Bayern Munich swept its Ukrainian counterpart Dynamo Kiev 5-0 in the match that was held between them on Wednesday evening at the Allianz Arena, in the second round of the group stage of the Champions League for the current season 2021/22.

The Spanish team, Seville, narrowly tied with its host Wolfsburg, with a goal for the same, on Wednesday evening, in the second round of the Group G competitions in the group stage of the European Champions League for the current season.

At the Volkswagen Arena, the hosts took the lead by Renato Stephen in the 48th minute, while the Andalusian team equalized after several attempts by Ivan Rakitic in the 87th minute from a penalty kick..

6 health benefits of scraping the tongue.. It protects against cavities and boosts immunity