Who would Diana have been? Tatler unveils Princess of Wales cover to mark royal’s 60th birthday


Princess Diana would have ‘ended the use of land mines’ and ‘become a significant global presence’ if she had survived the car crash, experts have claimed.

The latest issue of Tatler features a photo of the Princess of Wales wearing her stunning ‘Elvis dress’, which was taken during an official visit to Hong Kong in November 1989, on the cover.

The society bible promises an in-depth profile investigating who Princess Diana would have been at the age of 60, describing her legacy as ‘more relevant today than ever.’

Speaking to Tatler, friends predicted the late mother-of-two could have been ‘a globe-trotting celebrity à la Elizabeth Taylor’. with ‘an Instagram following to rival the Pope’s’. 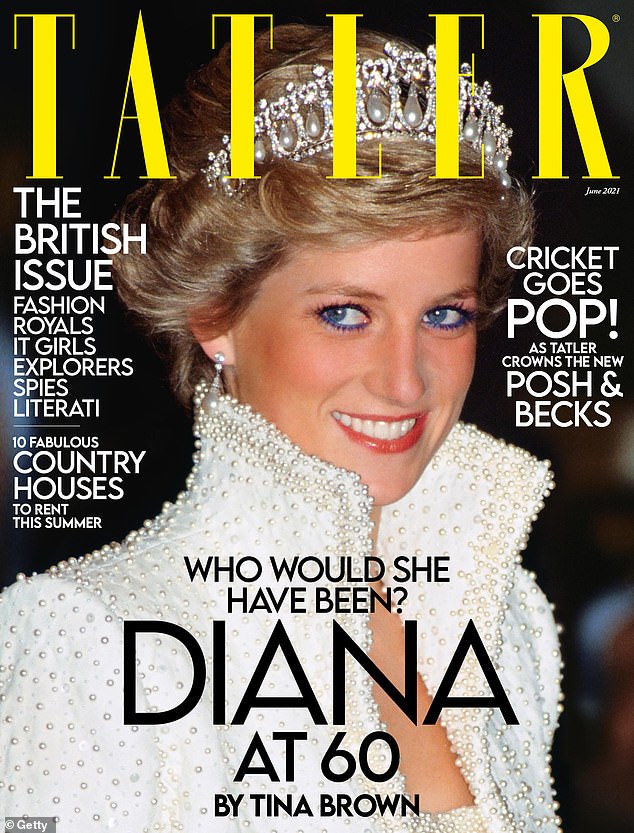 Princess Diana has been unveiled as Tatler’s cover star for June, as the magazine examines her legacy ahead of the late royal’s 60th birthday

Through a collection of essays from esteemed writers, including Tina Brown, the June cover story looks at Diana’s fashion choices that are back in vogue, her portrayal in The Crown bringing her story to the Netflix generation and her hands-on empathy becoming the Royal Family’s new normal.

Tina Brown writes: ‘Who would Diana have been at 60? I think she would have achieved it all.

‘She was an obsessive communicator – her Instagram account’s numbers would have rivalled the Pope’s.

‘The world has moved decisively in her direction since she died. Everything she said then about the Royal Family’s need to modernise is being reinforced post-Meghan. 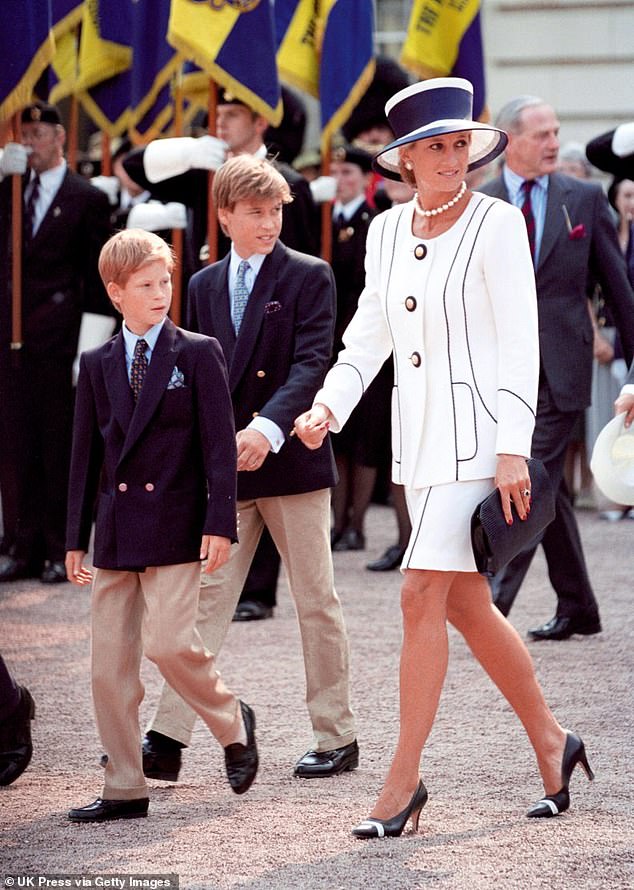 Speaking to Tatler , experts predicted she could have been ‘a globe-trotting celebrity à la Elizabeth Taylor’. with ‘an Instagram following to rival the Pope’s’ 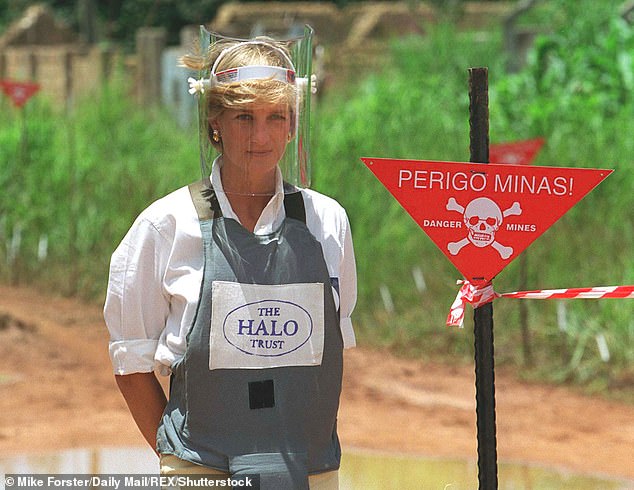 Meanwhile longtime friend of the royal, Vivienne Parry said she would have ‘ended the use of landmines’ (pictured, during a visit to Angola)

‘Everything she felt about the need to promote more empathy and responsiveness is a defining social value today.’

Dubbed ‘my Elvis dress’ by the Princess, the strapless white silk crepe sheath with its matching high-collared jacket — embroidered with thousands of sequins and pearls — is a work of art.

Worn for an official visit to Hong Kong in November 1989, it was intended as a tribute to the territory, sometimes called the Pearl of the Orient — an example of diplomatic Diana at her best.

Designer Catherine Walker took inspiration from the Elizabethan ruff for the collar of this jacket, which frames Diana’s face beautifully.

However Diana herself likened it to one of Elvis Presley’s Las Vegas ensembles.

Diana, who also wore the dress to present the Designer Of The Year Award at the British Fashion Awards that same year, subsequently sent a letter to Walker, who had not been nominated, saying: ‘Thank you, to MY designer of the year!’

The Princess wears it with the Queen’s diamond and pearl Cambridge Lover’s Knot tiara.

The heirloom has since been worn by the Duchess of Cambridge.

Meanwhile longtime friend of the royal, Vivienne Parry talks about Diana’s dedication to charitable work and where she could have been today.

She tells the magazine: ‘It’s interesting to speculate what Diana would have been doing at 60. She could have become a globe-trotting celebrity à la Elizabeth Taylor.

‘But I think she was about to become a significant global presence. I think she would have ended the use of landmines.

‘And, above all, just as her own mother did for her, she would be telling her grandchildren that with privilege comes responsibility. ‘

Meghan Markle’s friend and royal editor Omid Scobie explains: ‘While Harry and William have lived more of their lives without their mother than with her, the influence of their upbringing by Diana is still evident in both today.

‘She always encouraged those around her sons – be it palace staff or family members – to allow their unique attributes to shine.’

Meanwhile the late royal’s ongoing impact on the younger generation is also explored in the profile piece.

Emma Elwick-Bates reports on the fashion legacy of Diana, Princess of Wales: ‘In what would have been her 60th year, Diana’s style legacy remains colossal, inspiring ingénues; the Starbucks-and-gym trinity in their cycling shorts and oversize sweatshirts; legions of fashion designers; and, of course, the rest of us.

‘She was our princess, and all around us, her fashion hits are on repeat.’

And Wesley Kerr assesses the social impact of Diana and her mesmerising effect on a younger generation.

He writes: ‘Close friends of the late princess say it’s hard to overstate her personal charisma and charm and its very powerful impact on those who encountered her… 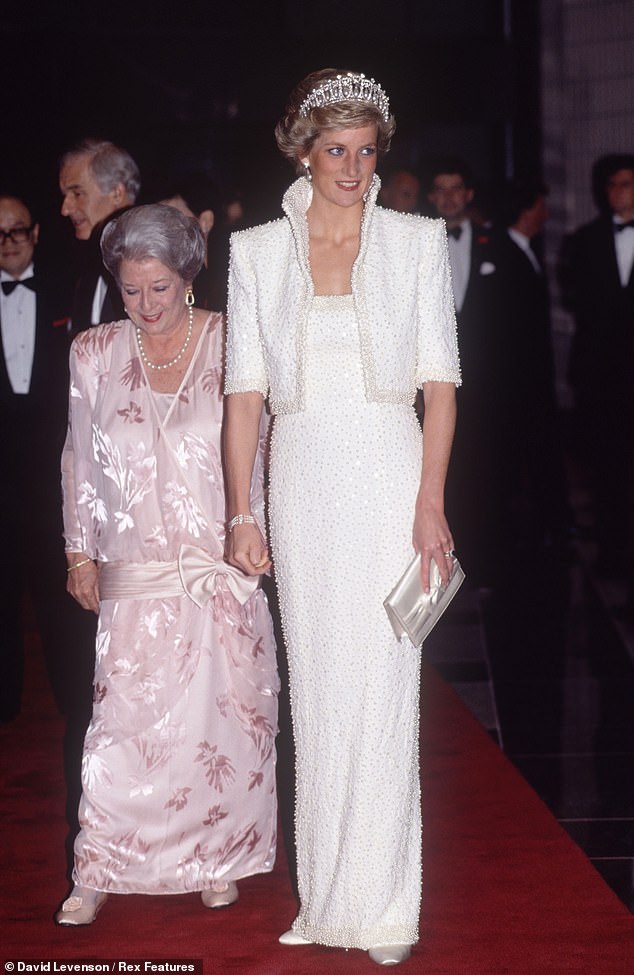 ‘Her legend has overshadowed the very real, very warm person born 60 years ago who we remember and mourn this summer.’

It’s far from the first time the late royal has graced the cover of the magazine.

In January 2016, the magazine released ‘The Diana Issue,’ which included unseen photos of the royal and an opinion on what she would have thought of her daughter-in-law Kate Middleton if she were still alive.

Meanwhile, Kate’s romance with Prince William helped her score a Tatler cover in February 2011, two months before their wedding. 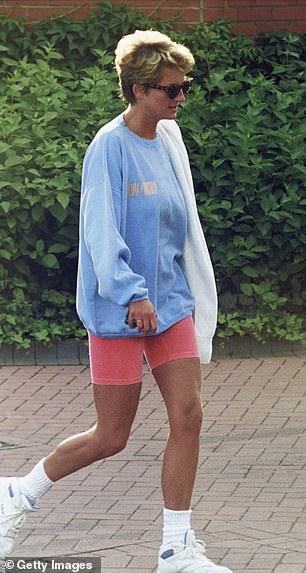 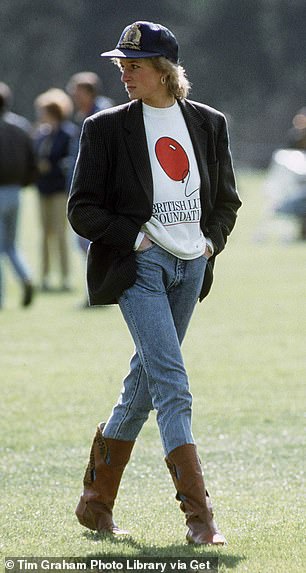 The cover was far from traditional, because it featured four Andy Warhol-style prints that appeared to be made from one of her engagement photos.

In February 2012, nearly a year after she said ‘I do’ and became the Duchess of Cambridge, she appeared on the cover of the magazine for a second time.

Less than two months before her wedding to Prince Harry, Meghan Markle also appeared on the cover, above the headline, ‘What Meghan wants…’

The June issue of Tatler is available on newsstands and via digital download on Thursday 29th April. 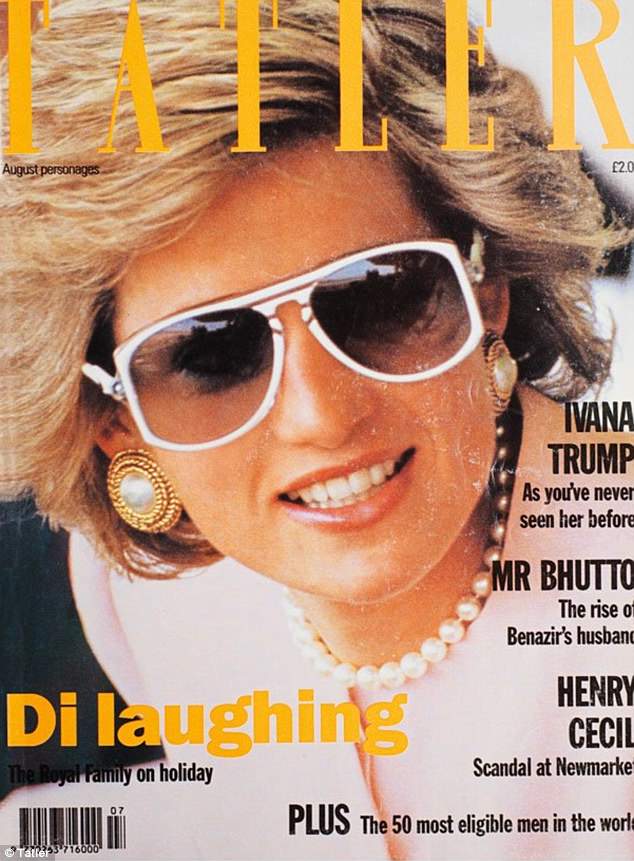 It’s far from the first time the late royal has graced the cover of the magazine: pictured, just one of the covers Diana graced

Tokyo Olympics: The challenges of training in a Covid pandemic

Tokyo Olympics: The challenges of training in a Covid pandemic