She has spoken fondly of her idyllic childhood in Berkshire.

So perhaps it is not too much of a surprise that the Duchess of Cambridge would be drawn back there now that her own family is complete.

The Daily Mail understands the future Queen and her husband Prince William have been quietly scoping out new schools – and potentially homes – in the appropriately named Royal County, with an eye to a possible move in the future.

Prince William and Kate Middleton have reportedly been quietly scoping out new schools – and potentially homes – in Berkshire. Pictured: William on George’s first day at school in 2017

But raising their young family in the bustling capital is not believed to be part of the Cambridges’ long-term plans.

In recent weeks the couple’s discreet inquiries about – and visits to – future schools for their children in Kate’s home county have set local tongues wagging.

Sources are at pains to stress that any changes for the family will have no effect on their set-up at Kensington Palace.

It will remain their London home and office even after they become Prince and Princess of Wales. 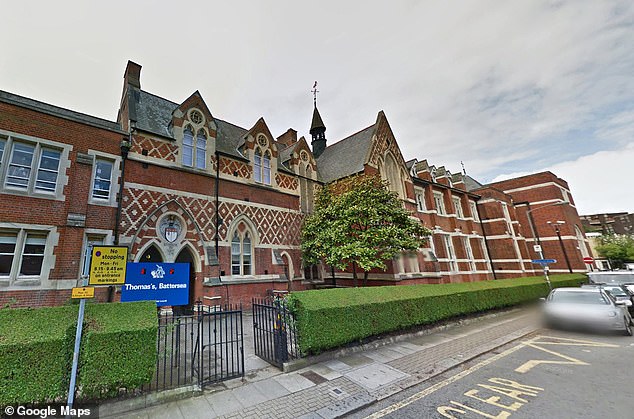 William, 38, and Kate, 39, have a comfortable home-office arrangement and are acutely conscious of the £4.5million cost to taxpayers of renovating their 20-room private family apartment, in addition to creating work space for staff.

What it means for Anmer Hall, their private home in Norfolk, is less clear. The couple love the house and the area where they have spent the vast majority of the past year home schooling their children during lockdown. They see it as their family home and no public money has been spent on it.

But Anmer is a long trek from London – often requiring the family to travel by helicopter – and is far from Kate’s parents, sister and brother who play a huge part in their children’s lives.

Some sources have speculated they could chose to rent privately in Berkshire as a short-term solution.

There are plenty of available properties on the Queen’s Windsor estate, they say. 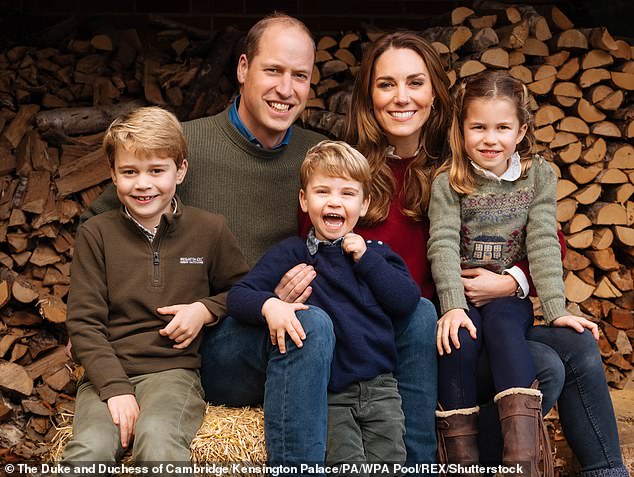 But others have told the Mail the couple are likely to remain in London in term time, and this seems more likely.

In this case they are more likely to go for weekly or flexi-boarding options in Berkshire when the children are older as there is a plethora of highly rated boarding schools in the region.

And it means they could still use Anmer at weekends and holidays.

Both William and his younger brother Prince Harry happily boarded at Ludgrove School in Berkshire from the age of eight before moving to Eton at 13. Prince George turns eight next month.

Kate and her siblings were also boarders at one point or another in their formative years.

It is understood the couple are casting their net wider than just schools traditionally favoured by the Royal Family, although no firm decisions have been made. It is believed Ludgrove is not currently in the running for George. 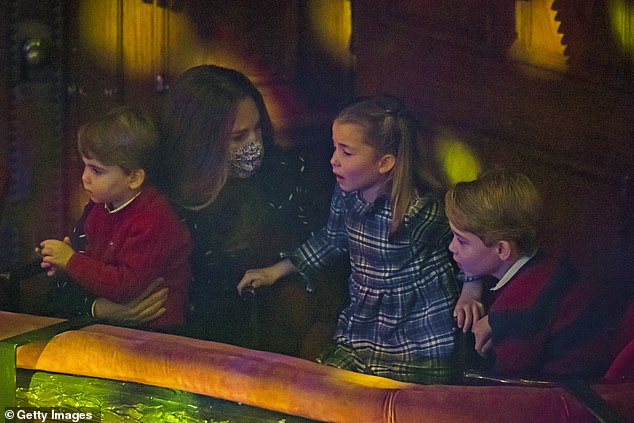 A source said: ‘Nothing has been decided and of course they could very well decide to keep the children at Thomas’s, but William and Kate have recently visited schools in the Berkshire area, which has got a lot of people talking.’

The big advantage of returning to the Home Counties is the proximity to Kate’s family, who settled there many years ago.

The duchess’s parents Michael and Carole Middleton live in a £4.7million, seven-bedroom Grade II listed mansion, Bucklebury Manor. They also run their party goods business from a business park in the area and are very much hands-on grandparents.

Her brother James has also reportedly bought a £1.45million home in the same village for himself and fiancee Alizee Thevenet.

And while her sister Pippa, who is married to hedge fund manager James Matthews, lives in London, she is also a frequent visitor.

Kate, Pippa and James all attended preparatory schools in Berkshire. For Kate it was St Andrew’s Prep, which has returned to visit since her marriage.