Woman is stunned after realising that Sir Paul McCartney PHOTOBOMBED her

I saw HIM standing there! Beatles fan stunned to discover she inadvertently recreated the Abbey Road cover when Sir Paul McCartney PHOTOBOMBED her picture in New York

A woman was left completely stunned after she discovered that a famous celebrity was photobombing her picture, but said she hadn’t noticed at the time.

Mae Archie revealed she had left an exhibition about The Beatles in New York when she decided to pose for a quick photograph while strolling across a crosswalk.

But it wasn’t until she arrived back home that she looked at the picture and noticed something unexpected – claiming Sir Paul McCartney was photobombing her shot.

Explaining what happened on TikTok, Mae admitted that she is a huge fan of The Beatles but didn’t notice Paul as she was facing her mother to pose for the snap. 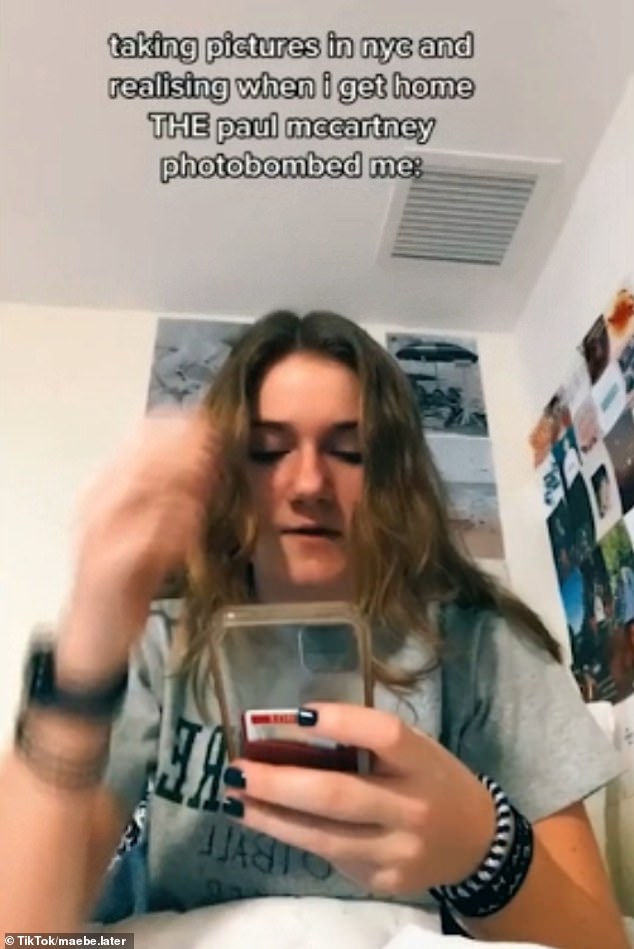 Alongside her video explanation, she wrote: ‘Taking pictures in NYC and realising when I got home, THE Paul McCartney photobombed me.’

The picture was fittingly taken while Mae was on a crosswalk, with the Beatles star, 78, unintentionally recreating the famous Abbey Road album cover.

In the comments, Mae explained that she had just left The Metropolitan Museum of Art when the unexpected moment was captured on camera.

She said that she made eye contact with Paul at the time but could not place why he looked familiar, claiming he ‘winked’ at her before walking away.

She penned: ‘Story time: So I just left the MET to see the ‘Play it Loud’ exhibit and was legit looking at the Beatles set and everything because I love music.

‘And I wanted to take a cute photo so I took it on the cross walk but I was facing my mom so I never actually saw Paul until I turned around. 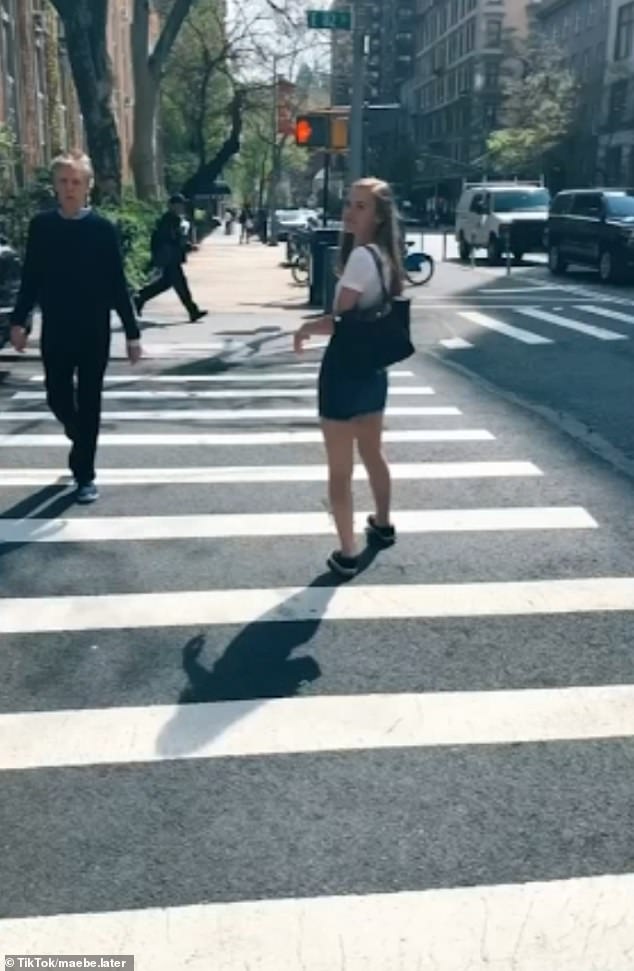 Mae said she made eye contact with Paul at the time of the unintentional photobomb (above) but could not place why he looked familiar, claiming he ‘winked’ at her before walking away

‘I made eye contact with him and we stood there for a few seconds and he could tell I was trying to figure out why he looked so familiar.

‘And then he winked at me because he knew I knew and then walked away.

‘So moral of the story I was dumbstruck and Sir Paul spawns at sidewalks.’

TikTok viewers were left completely stunned by her video revelation, asking her how she didn’t notice that the music legend was walking past her.

Another commented: ‘How on earth did you not recognise him?! I’m super jealous’

And a third said ‘omg lmaooo how did you not know’, while another added ‘it would be the most incredible story. I would tell it to everyone I know lmao’.

While a fifth viewer wrote: ‘Out of all the spots to photobomb, just like the Abbey Road cover.’

Climate change: Can sending fewer emails really save the planet?