Year 3 bullies led kindergarten children to a toilet block and ordered them to mimic sexual acts in a horrific incident on school grounds.

The young children took the kindergarteners from their classroom during lesson time a NSW primary school in June 2019.

The shocking incident follows other reported incidents of bullying and inappropriate playground behaviour at the same NSW school.

Horrified parents to withdrew their children from the school’s kindergarten when they found out, but what happened was never made public. 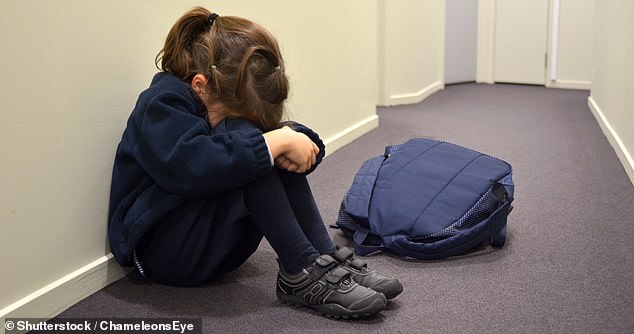 Kindergarten kids were led to the toilets by third-graders, told to mimic sex acts (stock image)

The principal took leave two months later and is now at another school, and the Year 3 children were also moved to different school.

The school, which cannot be named, hosts many children from an underprivileged ‘high-needs’ demographic.

It was accused of lax supervision after young students were seen wandering around when they should have been in class.

The school’s regional director wrote to parents last August asking them not to refer to the incident as sexual assault, the Sydney Morning Herald reported. 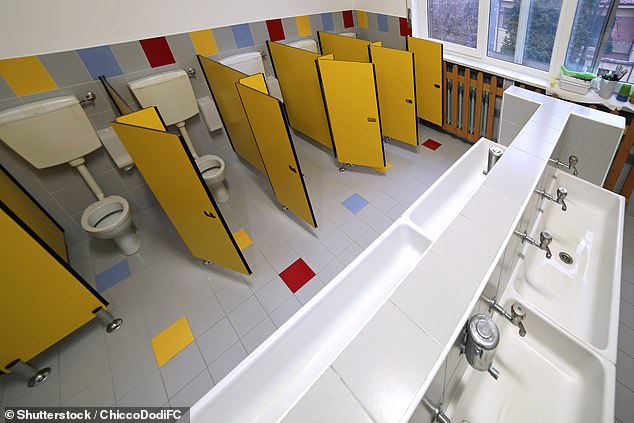 An extra teacher was put on playground duty especially to monitor the toilets, but furious parents said it wasn’t enough

‘While I acknowledge the incident was serious and the behaviour was potentially harmful, I ask that everyone remembers such language is stigmatising to the children involved, and may unintentionally traumatise people who have been sexually abused and receive communications of that kind,’ he wrote.

He also said it wasn’t a crisis.

The school’s principal told the parents of the children involved of what had happened.

The rest of the school community found out about the ‘incident’ in a general letter a few days later without specific detail other than that police were notified and the students involved were counselled.

A week later, the principal said staff were not allowed to let students out of class unless they had a hall or toilet pass.

They also had to keep their classroom doors closed and had to avoid sending children ‘on messages’ in class time.

An extra teacher was tasked to playground duty to monitor the toilets, while students were given an anti-bullying pamphlet from Bravehearts.

Angry parents have said this was not enough and blamed the school for mismanagement.

Teach your child to be an ‘upstander’ not a ‘bystander’.

A bystander watches bullying but says nothing.

An upstander offers support to the person being bullied.

Say something kind to the person who was bullied eg:

‘Do you want me to come with you to the office to tell a teacher about this?’

‘I know you must feel pretty bad but they’re the one with the problem.’

‘Just ignore what they said. They’re doing it to feel better about themselves.’

Do something to help the person being bullied:

* Take them away from the person doing the bullying.

* Encourage them to ask for help, for example go with them to get help.

* Include them in your group and introduce them to your friends.

* Suggest safe places for them to go.

* Show them how to set their privacy settings on social networking sites and mobile devices.

Teach your child to avoid joining in with bullies

* Don’t join in harassing or hurting someone.

* Don’t reinforce the bullying by encouraging, cheering or laughing, even if it’s from a distance or when you hear about it later.

* Don’t re-send or respond to messages or photos that may be upsetting someone.

‘The need to notify the broader community about a child’s harmful sexual behaviour will depend on what has occurred,’ the spokesman said.

‘We must balance the privacy rights of all of the children involved and avoid stigmatising children.’

School staff were given extra training and the children involved were given ongoing counselling.

Parents of children who engage in harmful behaviours are given strategies to manage ongoing risk and to support their child.