You can now buy a Streets ‘Aussie Classics’ value pack filled with your favourite childhood ice creams – so which one is your favourite?

The multi-pack is the perfect frozen treat to enjoy during summer and is priced at $10 per box from Woolworths. 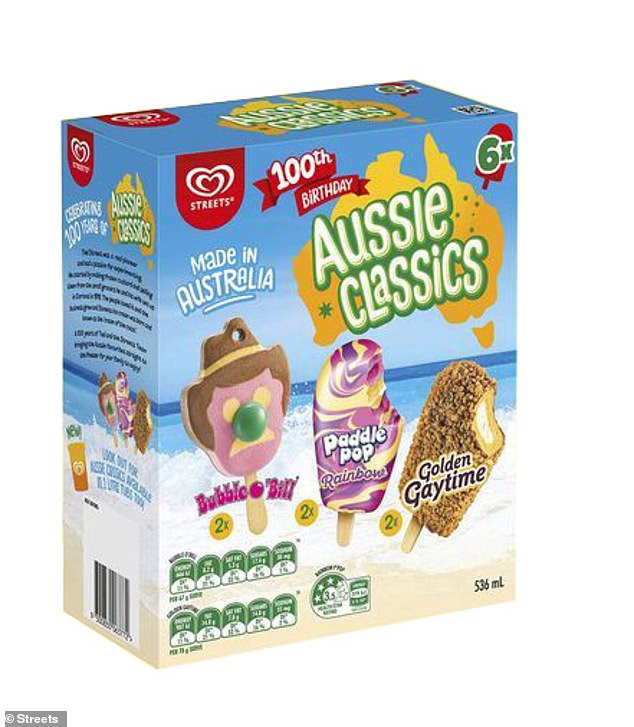 Which of these ice creams is your favourite?

The trio of flavours included in the Aussie classics pack are arguably the most popular ice cream products made by Streets.

The Golden Gaytime is a combination of toffee and vanilla flavoured ice cream that’s dipped in a chocolate coating and covered in delicious biscuit pieces.

The business began in 1920 by Edwin ‘Ted’ Street and over the last century has grown to become Australia’s best-known ice cream manufacturer.

The Aussie classics variety pack can be purchased from Woolworths stores and online.

Marcus Rashford's mother 'missed meals so her children could eat'