‘How dare you?’ ABC reporter is slammed for talking through a minute’s silence at an ‘Invasion Day’ rally for her live broadcast

An ABC reporter has been chastised by an angry protester for talking through a minute’s silence during a live ‘Invasion Day’ rally broadcast.

Edith Bevin was speaking to a live television cross during the protests in Hobart on Tuesday afternoon.

When the crowd went quiet for a minute to honour the indigenous Australians who died at the hands of white colonists after 1788, Ms Bevin continued speaking.

‘It’s been interesting to see how many people have turned up to the rally. Behind me now, they’re engaged in a minute’s silence,’ she said. 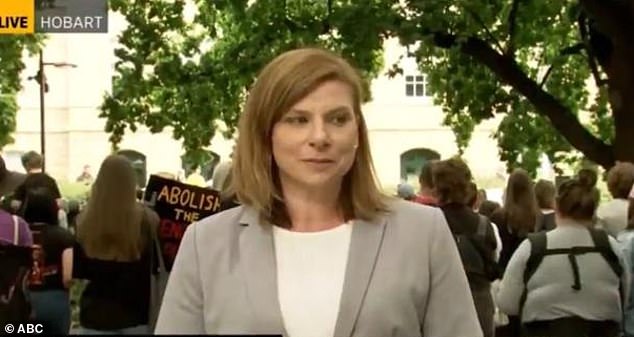 ‘Obviously this is a day that marks what the Aboriginal community in Tasmania refer to as Invasion Day, the day of white settlement of Australia, and certainly there are a lot of placards about calling for that date to be changed [and] to be more inclusive.’

As she described the scene at the rally, a woman in a white hat approached the camera and asked her to be more respectful.

The woman grew frustrated when Ms Bevin ignored her and continued the cross.

‘How dare you,’ the woman said repeatedly.

The reporter tried to push on, even when a cameraman tried to intervene to get the protester out of the way. 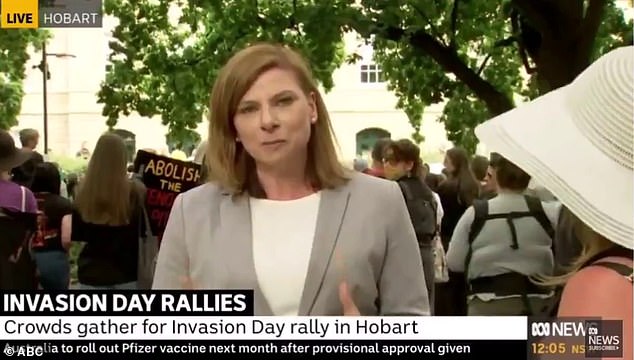 Pictured: Edith Bevin trying to continue with her live cross, despite the interruption by an angry woman (pictured) 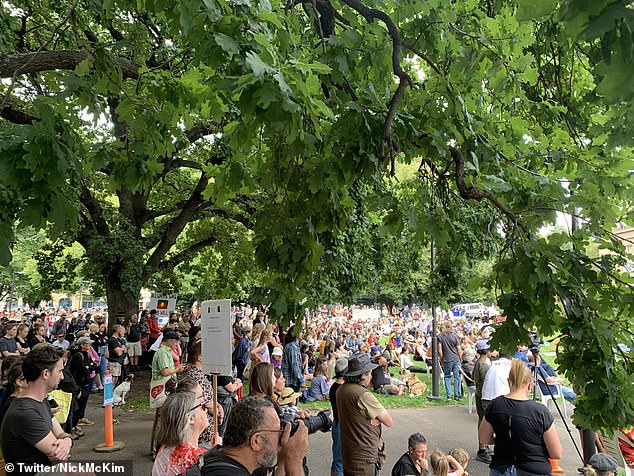 A man finally moved between the camera and the reporter to end the broadcast. Pictured: The rally in Hobart

A man finally moved between the camera and the reporter to end the broadcast.

As cross went back to anchor Ros Childs, the woman could be heard saying: ‘How dare you… during the minute of silence, do you know how insulting that is?’

The live link was then cut, with Ms Childs saying: ‘We’ll perhaps go back to Edith when that minute’s silence has been completed.’

Twitter users were furious with Ms Bevin for ignoring the woman’s requests. 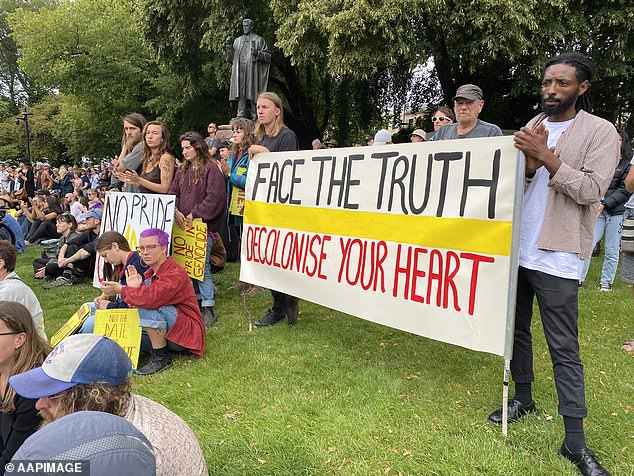 Protestors are seen during an Invasion Day rally in Hobart on Tuesday, January 26 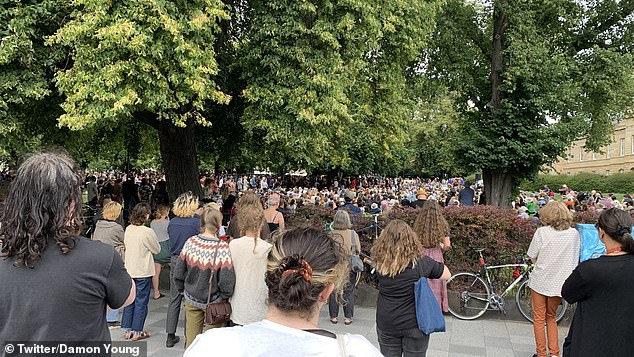 As cross went back to anchor Ros Childs, the woman could be heard saying: ‘How dare you…during the minute of silence, do you know how insulting that is?’ Pictured: People at the rally in Hobart

One woman told the national broadcaster: ‘With all due respect, you need to apologise for this publicly. I understand it was a mistake, which is why it needs fixing… Don’t ignore people. Or touch them.’

‘It’s quite simple, don’t have a live segment during a nation-wide moment of silence,’ another user wrote.

‘Oooops ABC reporter ignored the moment and then dopey Ros Child tries to cover it up and says ‘we will return after the minute silence’… umm too late Ros,’ a third wrote.